Built around 1850, this small but historic home is the Kritser House. It is named after its first owner and builder, Martin U. Kritser, who played an important role in the city's early development. The home is also a typical example of mid-1880s Victorian middle-class architecture. A historical marker is located in front of the house and a modern addition was built in the rear. The house was added to the National Register of Historic Places in 1985.

The Kritser House is a typical example of houses in Independence built in the city's early period. 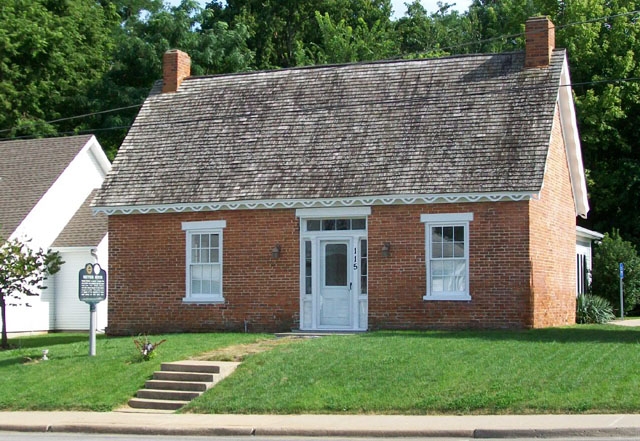 Martin Kritser moved to the Independence area in 1838, becoming one of the early settlers in the county. He worked as a merchant and grocer (he also took up cabinet making), eventually earning enough money to buy the property on which the home stands and also farmland around the community of Raytown. He apparently continued to buy farmland until 1858, which around the time he sold the house to a local blacksmith. Kritser's time in Independence coincided with the city's emergence as an important stop of the Santa Fe Trail, which led settlers to territories in the West. He therefore contributed to the city's growth during this period.