Before the integration of schools in Texarkana, African American students in the area could attend the Macedonia School to receive an education. The school was in operation from 1917-1968. In 1969 the student body was completely integrated into the Liberty-Eylau School District and the school became the new middle school campus. Now it is used as the Bowie County School of Success. 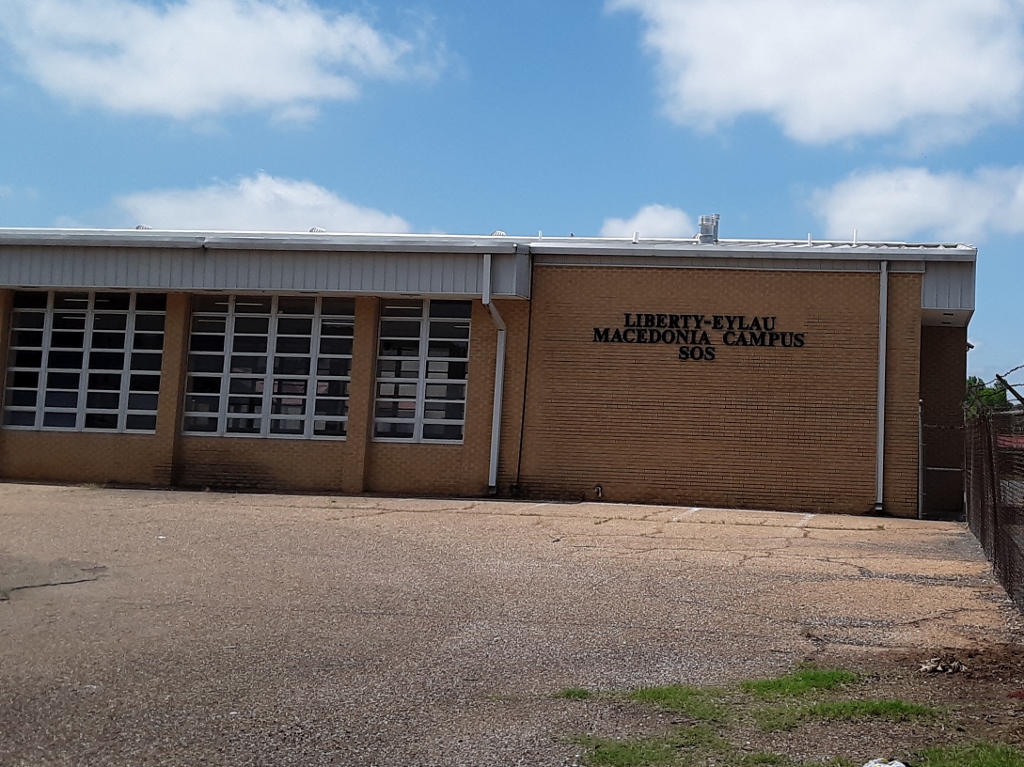 After the Civil War many newly freed slaves moved into an area to the west of Texarkana and formed a community of mostly sharecropping families.  in 1917 a one-room, one-teacher school was built with the help of the Rosenwald Fund. This fund was set up to build schools for African Americans. The school was then named Macedonia after the nearby Macedonia Baptist Church.  Grades 1-11 were taught at the school and in 1925 the first graduation was held.

In 1951, the new addition of a gymnasium was built.  It was constructed by the students.  It was then used to hold graduation ceremonies.  There were refurbishments made to the gym in 2011.  The yearbook for the Macedonia school was called "The Mustang" and the last issue was in 1968.