Stephenson's Ferry was located at the Sulphur River on highway 67 northeast of present day Naples, TX. The ferry was founded by Joseph Stephenson and in operation from around 1838 - 1910. Bridges were not as prevalent at this time and ferries provided a way to cross rivers and streams. They were privately owned and regulated by the county they were in.

Stephenson's Ferry - Established about 1838 by Joseph A. Stephenson on whose grant it was located and whose name it bore. Remained in operation until about 1910. 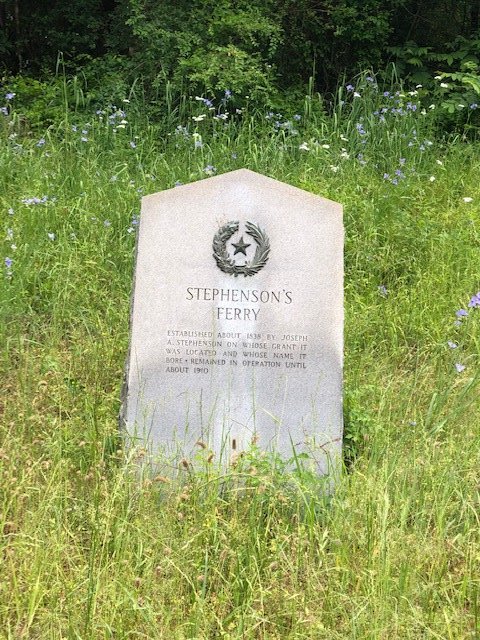 The Sulphur River northeast of Naples, TX was an obstacle for people of the area. Stephenson's Ferry provided a way to cross the river. Ferries were most often flat barges that wagons could drive up on. Some ferries operated by horses pulling the ferry by ropes and pulleys. Other methods included a long rope strung across the river which would be used as a guide and the men would push the boat with large poles. Later there were ferries that had large treadmills that horses would walk on to power paddles to propel the barges. The ferry would provide travel for individual people, wagons, and livestock. Farmers, headed to bigger towns like Jefferson, could also use the ferry to get their goods to market. Each ferry's operator held a charter granted by the county they operated in. Prices varied based on passenger and size.