Owned by the Sloan family since the early 19th-century, Fort Hill Farm is a historic cattle farm just outside of Burlington, WV. The farmhouse was finished in the 1850s and retains many of the original Federal-style features despite many modern updates and an early 20th-century addition. The Sloan family were Scottish immigrants and helped develop the area's educational facilities by constructing the Woodside school down the street. In 1996, the farm was added to the National Register of Historic Places.

The farmhouse at Fort Hill Farm 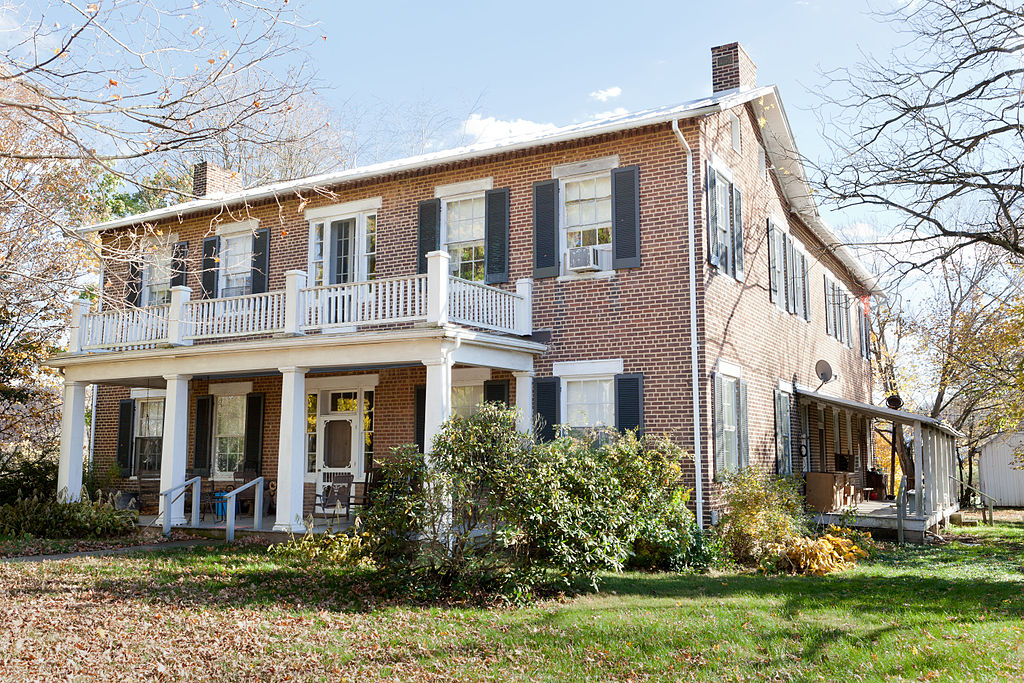 A farm located just outside of Burlington, WV, Fort Hill Farm was first settled as Lord Fairfax's grant in 1773. The land would later become Patterson Creek Manor after it was claimed by the Sloan family many years later. The Sloans built one of the property's most iconic structures, the Federal style farmhouse, in 1853. The size and luxury of this home make it clear that the Sloan family was prospering at the time. The property's current owners still reside in the building which has been updated some over the years. Besides a 1926 laundry addition and the addition of modern conveniences, most of the home's features have been preserved and are representative of mid-19th-century architecture in this style.

In addition to the home, the property features many original outbuildings. These include buildings like the icehouse, dairy, and a smokehouse, all of which were built in the early 1930s as the family grew its production of food. There was a woodhouse, built many years earlier, which stood near these buildings, but it was torn down in 1945. The farm's main barn was built in 1875, though two other barns have been added, this one remains the most significant. Other standard farm fixtures like a silo, chicken coop, and garage are all present in the property and were built around the same time as the other outbuildings.

The property also features a small family cemetery. This portion of the farm lies across the street from the main house. The cemetery is situated at the top of a small rise and offers a view of the entire property. Many notable persons in the property's history are buried here, including James Sloan I, his wife Magdalena Arnold and many of the children and grandchildren.

The farm was bought by Richard Sloan after the death of the previous owner, Lucy Ann Colston. Sloan was a Scottish immigrant who came to the States through Ireland. The family had lived in Stone House, just outside of Junction, WV for many years. James Sloan Senior relocated the family to the Burlington area after his father's death. After getting married in 1835, Sloan spent several years saving to build the farmhouse and finally completed the new family home almost 20 years later. During this period, Sloan's oldest son died and his daughters were born and raised on the property. Sloan operated a cattle farm at Fort Hill. The family was prosperous and the farm was self-sufficient, needing no supplement from other income sources.

The Sloan family encouraged other immigrants to settle the area. As his family and the population grew, Sloan founded a school down the road. In 1890, he built Woodside school where his cousin Lena Wright taught children of surrounding families. Despite this involvement in local education, Sloan was not involved in local politics. The farm has been added to the National Register of Historic Places in 1996. The property exemplifies Federal architecture and historic agricultural practices.