World War I gave rise to the importance of an education, as a result, knowledge has become a precursor to power and influence. New technology requires new training, and a lot of individuals took advantage of this opportunity to learn. Carleton Turnbull Crawford had a lot of doors open due to an extensive training regime from the Navy.

Example of a plane Carleton may have flown. 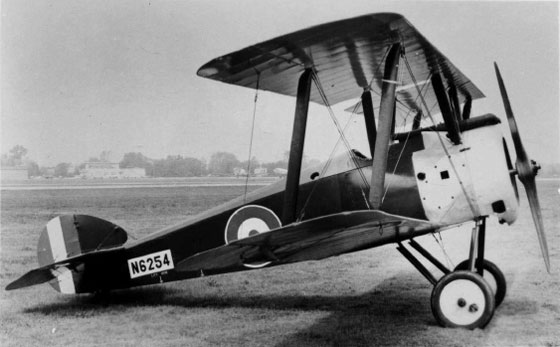 Carleton Turnbull Crawford enlisted into the Army as a private December 14, 1917. Carleton Crawford trained at many different training facilities prior to the end of World War One. His training included these following places Princeton, New Jersey, Dallas, Texas, Dorrfield, Florida, Baron Field Texas, and Rockwell Field, San Diego. Carleton was unlike most members of the American military at this time, with such an extensive training regime. Ideally all this training all around the country would prepare him for war. Ironically, however Carleton Crawford may not have had an as extensive education of some of his peers, Carleton Crawford was still able to take advantage of his opportunity and gained rank from private to 2nd Lt. Carleton Crawford never seen any action during the war. This may due in part to his late enlisting to the military and possibly his substantial amount of training which took a while to complete. One reason for his extensive training to become a part of the military personal maybe due to his MOS. Carleton Turnbull Crawford’s job in World War 1 was aeronautics. This position of course requires a lot of education and training which explains the many different training stations he was required to go.