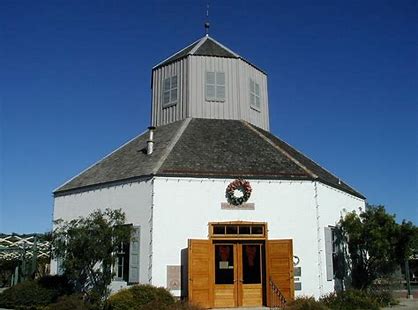 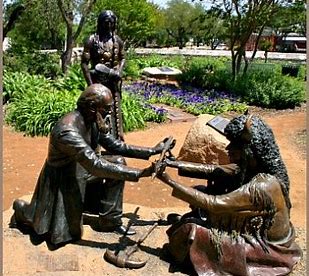 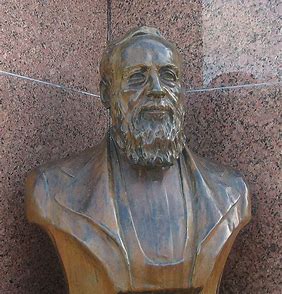 Nicknamed the Kaffeemühle, German for coffee mill due to its octagonal shape, the Veriens Kirche was designed by Dr. Schubert of the Adelsverein. The design followed a German style of architecture known as the “Carolingian octagon” and was made out of a wood and stone style called Fachwerk. The building on each side was 18ft long and 18ft tall. It had an octagon roof that rose 10ft and formed the base of an octagonal cupola with 10 ft square sides. On top of the cupola was another octagonal roof about 7ft tall. A weather vane in the shape of a rooster once stood atop the roof but was destroyed by lightning in 1862 and replaced with a cross.

The Veriens Kirche was built in the summer of 1847, after the Meusebach-Comanche Peace Treaty was made between the Comanche Indians and John O. Meusebach, a commissioner of the German Emigration Company who lead German immigrants to the establishment of Fredericksburg. The immigrants had several uses for the building. They used it as a school for all children in the area. It also served as a church for all denominations in the town, which were Lutherans, Catholics, and Methodists. The Veriens Kirche was the original location of the town hall, the main area for social gatherings, and also the town’s fortress if there was an attack from Native Americans. Fortunately, the treaty was never violated by the Native Americans or the immigrants.

The Veriens Kirche fell into disuse in 1897 and was torn down the same year because it was regarded as an obstruction to traffic on Main Street. In 1936, the Gillespie County Historical Society built an exact replica, except it was made entirely out of stone, not Fachwerk.The replica was built in the middle of Fredericksburg’s old market square, Marketplatz, not far from the original location of the building. The new Veriens Kirche housed the Gillespie County Historical Society’s Pioneer Museum until 1967. It then went under more repairs and now holds Fredericksburg Chamber of Commerce, Gillespie County Archives, and a local history collection. This building sits at the center of Fredericksburg’s history and culture.