This museum and replica of Fort William Henry was created by local businessmen in the 1950s at the former site of Fort William Henry. The creation of the replica and museum reflected the desire of local citizens to preserve the history of the fort and the area's connection to the colonial period, and also to promote heritage tourism while preventing other forms of commercial development from occurring in this historic area. The original fort was constructed by British colonists in North America in 1755 and destroyed by the French in 1757. The fort was created during a larger conflict known as the French and Indian War and was part of the British effort to protect British claims on this territory from the French. The fort was the site of many battles until August 3, 1757, when the fort was surrendered to the French. The English prisoners were allowed to return to nearby Fort Edward, yet the French allied Native Americans took that as an opportunity to attack the English and massacre them, making one of the bloodiest moments in colonial history. 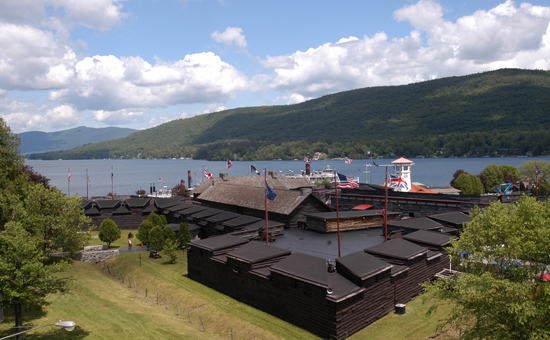 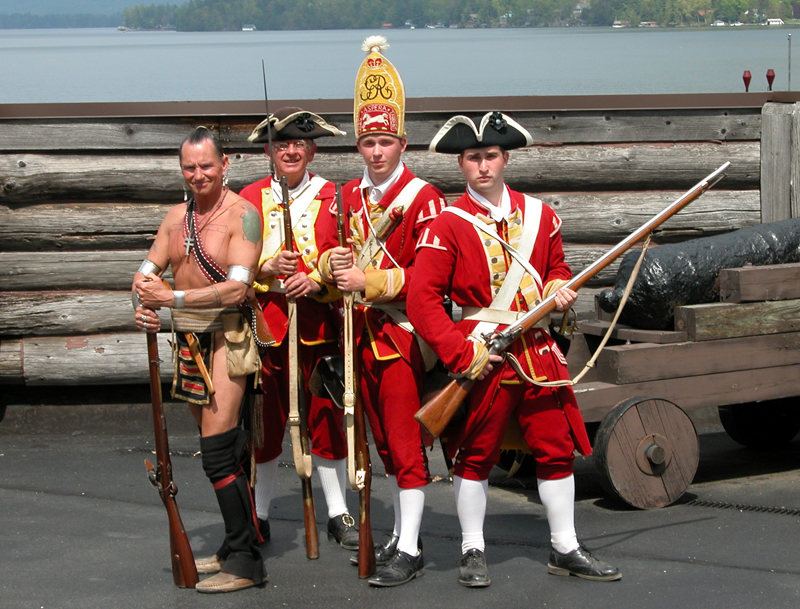 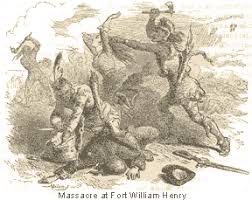 Fort William Henry began to be constructed in 1755, after the need arose for a response to the French fort being built in the area, named Fort Carillon (Ticonderoga). It was put into place in efforts to protect important waterways all the way from New York City to Montreal. Englishman William Johnson went to the southern end of Lake George (known to the French as Lac du Saint Sacrament.) Fort William Henry was named after two of the king’s grandsons. Designed by William Eyre, it was built in the Vauban style, with log facings with an earthen filling, making its walls 30 feet thick. It was surrounded by a moat on three sides, and on the fourth was a hill.

With the French and the British in constant turmoil over who would control the northern region of America, which included parts of New York all the way up to Maine, they built forts and laid claim to territory in an attempt to grab the most land. Native Americans often switched between helping both the British and the French, depending on who offered the most benefit to their people. They would often fight in the British and French battles for either side, depending on who offered the most advantage.

In August of 1757, the French attacked the English fort with 3,000 French regulars, 3,000 militiamen, and 2,000 Native Americans. Regulars and militiamen on the English sided totaled to around 2,300 under the command of Lt. Col. George Monro. The French were led by General Louis-Joseph de Montcalm, who set up siege lines surrounding the fort and cutting off the road to nearby Fort Edward. Many of Fort William Henry’s guns exploded due to overuse. This coupled with Fort Edwards’ General Webb’s refusal to send reinforcements left no other choice for General Monro but to surrender to the French after six days, on August 9, 1757.

The English were allowed to return to Fort Edwards with full honor – generous terms from the French. Montcalm had attempted to tell these terms to his Native American allies, in an effort to keep them from aggression against the prisoners. Many misinterpreted this, and others didn’t understand at all. The Indians were promised their share of wealth from this, and now it looked as if the French were reneging on their deal, and so the Native Americans ignored the promise of safe passage to the English and attacked Monro’s men as they left. Around 200 men were killed or wounded in the attack, and many fled into the woods with some making their way to Fort Edward. This became known as one of the bloodiest massacres in colonial history. Montcalm took the valuables from Fort William Henry and burned the fort to the ground before returning to Fort Carillon.

The site had remained untouched until the 1950s, until some businessmen bought the land to protect it from development. Reconstruction began on the site with the original plans from the fort. With the strong desire for the museum to be historically accurate, archeological excavations were done and led by Stanley Gifford, with the help of college students. They uncovered many artifacts from the area that showed the history of the conflict between the British, French, and Native Americans. Today, the Fort William Henry Museum and Restoration provides tours to groups and individuals. It also does reenactments.