Listed on the National Register of Historic Places, the Fort Worth Public Market building is one of the city's most recognizable and well-known landmarks. It was built in 1930 by developer John. J. Harden and is a unique example of Spanish Colonial Revival architecture. It features a tall tower and a number of interesting decorative elements including terracotta columns and tile roof, colored glass, and an elaborate arch over the main entrance. Inside, the building had numerous stalls for farmers and retail space for larger businesses. It is located in a once bustling commercial area that included the nearby U.S. Post Office and the Texas Terminal building. 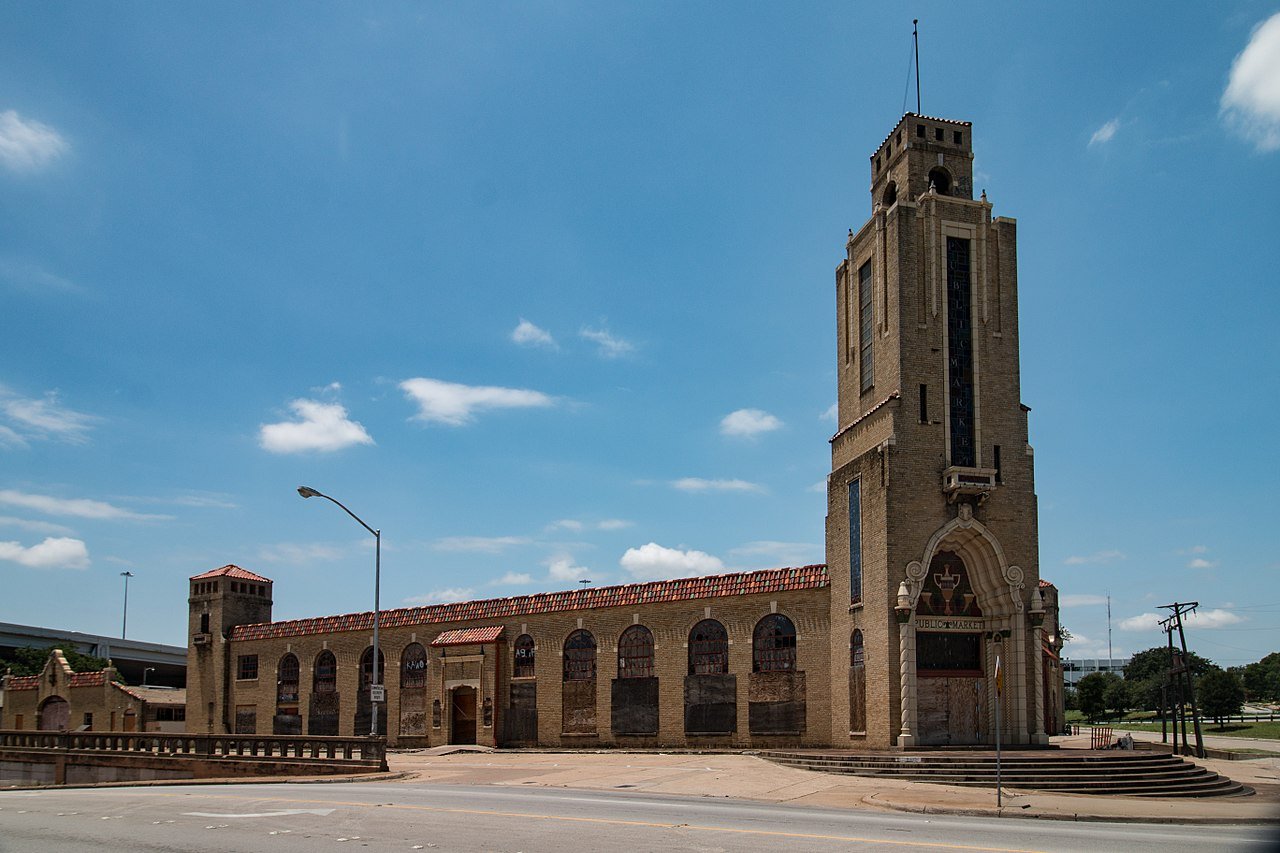 The market opened on June 30, 1930 to great fanfare. More than 20,000 people attended, an orchestra performed, and the mayor gave a speech. For the first several years, the market was quite successful and even its own weekly radio program. However, the good times wouldn't last as the Great Depression took its toll. By 1936, the number of vendors had declined significantly. Its original owners were forced to sell the building in 1940 and the market closed for good a year later.

For the next several decades, the building served a number of purposes. During World War II, an airplane manufacturer built planes for the war effort; other businesses occupied the building as well. It is unclear as to what happened next but it seems that in recent years the building has been unused for quite some time. As of April 2019, the present owner has put the building up for sale.