The Battle of Lewisburg

The only Civil War battle to be fought in Lewisburg occurred in May 1862, though troops would march through often as the conflict ran its course. The small mountain town was important for both the Union and the Confederates for resupply along the James River & Kanawha Turnpike, and Union Colonel George Crook was sent there to destroy a Confederate depot. Confederate troops under General Henry Heth attacked Crook's outnumbered men at dawn on May 23rd and the short battle raged through the center of town before Crook's disciplined men broke the Confederate assault and put Heth to flight. The battle is notable for Crook's refusal to let the townsfolk (largely sympathetic to the Rebel cause) give a traditional burial to the Confederate dead. They instead were buried in a mass grave--long thought to have contained 95 bodies, may hold many more. 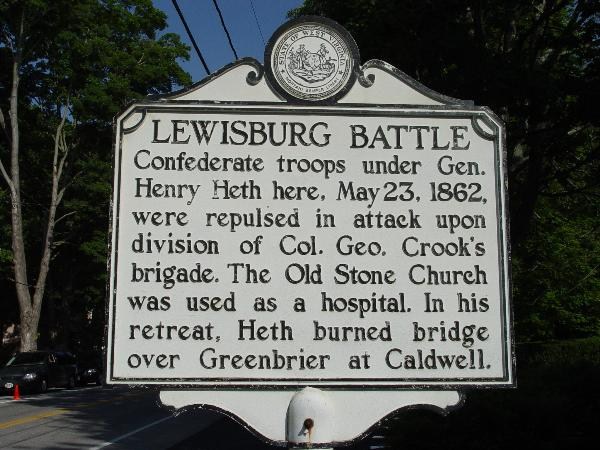 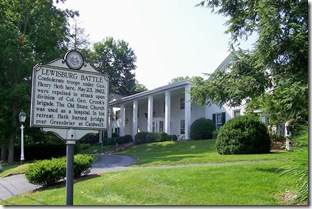 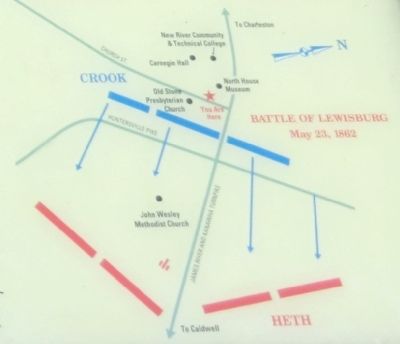 Union Colonel George Crook. After the war, he was a prominent general during the Indian Wars, campaigning against famous adversaries like Cochise and Geronimo. This portrait was taken by the famed Matthew Brady. 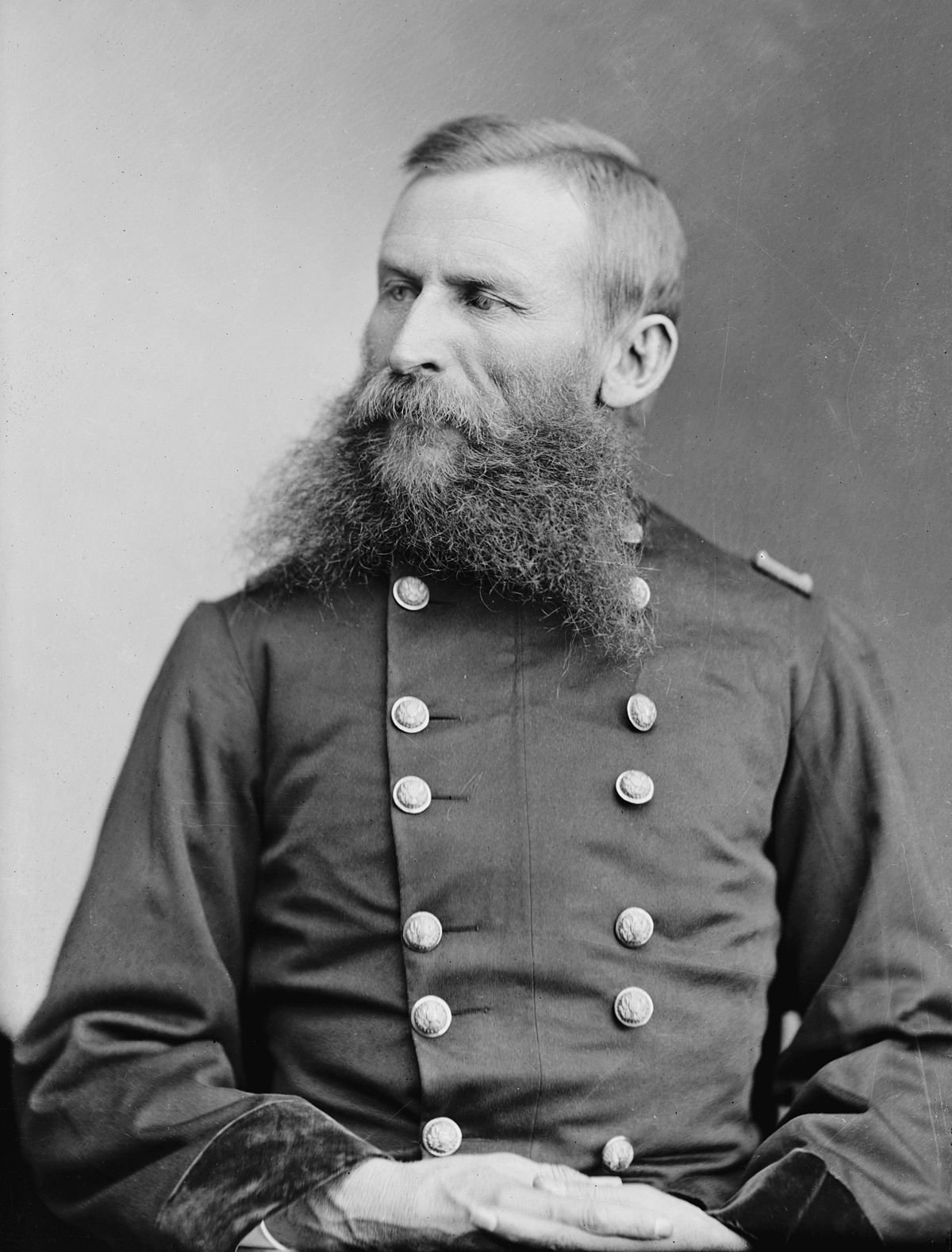 Confederate General Henry Heth. Most famous for later commanding the division that opened the battle at Gettysburg, though he had been removed from his command in the New River Valley after several defeats, including Lewisburg. 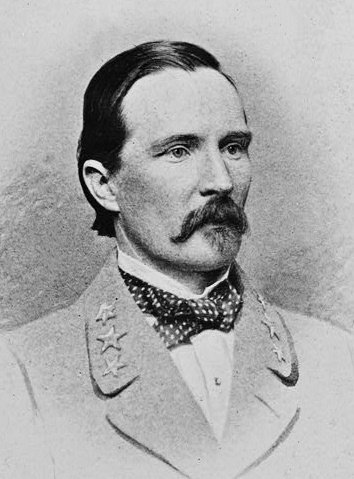 The Old Stone Church--still standing today, it was originally built in 1797 and was at the center of the 1862 battlefield. The Confederate dead were originally buried en masse in a trench along the south wall (pictured). 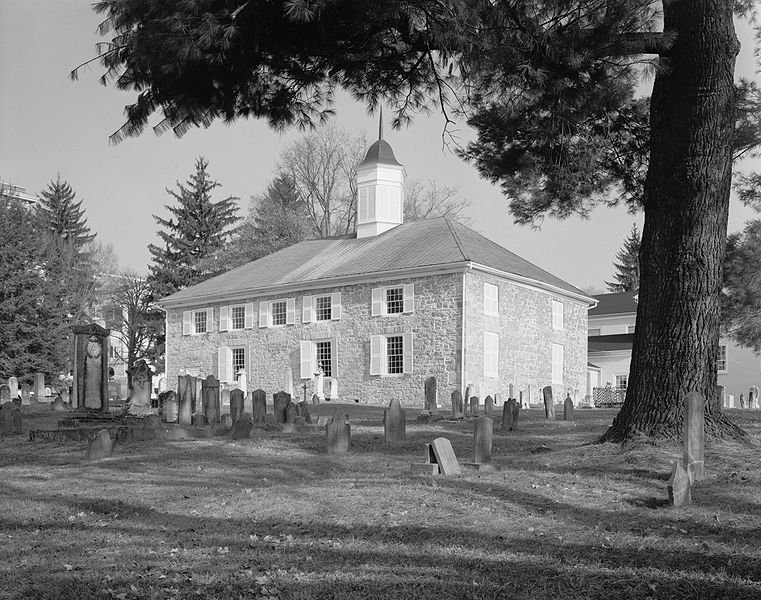 At the coming of spring in 1862 opened a new season of Civil War military campaigns, Union commanders sought ways around Confederate Richmond's formidable defenses. Union General John C. Fremont, then in command of Federal troops in West(ern) Virginia, planned to move his army into Virginia through the Shenandoah Valley via Monterey and attack Virginia from the west. To this end, he ordered General Jacob D. Cox (who would command in West Virginia for much of the war) to join him on his march.

Cox's troops held Charleston and much of the center of the future state of West Virginia, but the southeastern corner was largely Confederate in its loyalties. Cox planned to march from Charleston via Beckley, Fayetteville, and Princeton. To prevent Rebels in the area from massing troops to block his march, Cox dispatched Colonel George Crook with 1,400 men (two regiments of Ohio infantry and a detachment of the 2nd (West) Virginia cavalry) east toward Lewisburg to guard his left flank, destroy a Confederate supply depot at Jackson River, and divert Rebel troops away from his main columnn.

Crook successfully destroyed a cache of enemy supplies at Covington on May 12, but Cox's bid to keep the Confederates away from his columnn failed. His advance was blocked, and he began to fall back, leaving Crook exposed and outnumbered, and pulled back to Lewisburg with the intention of moving west to rejoin Cox. Confederate General Henry Heth, newly promoted to brigade command, recognized his opportunity and marched aggressively to cut Crook off.

In 1862, Lewisburg was a quiet farming town of roughly 800 inhabitants. Crook had made his camp on one of the town's heights, above the Old Stone Church (near the present-day Greenbrier County Public Library). A born soldier, Crook had strong patrols in the surrounding countryside, and was amply warned when Heth's 2,500-strong Confederate brigade arrived on the opposite side of Lewisburg at 5am and formed their line of battle--their left flank resting near the General Lewis Inn, which still stands today.

Heth ordered his troops to attack almost immediately. Though he outnumbered Crook nearly two-to-one, Heth's assault soon foundered, lacking a coherent strategy and plagued by command-and-control issues. He was new to the command, and had little experience with many of his officers; his troops had marched all night with only a short rest, and were exhausted; and a number of his units were hastily-formed militia regiments with little discipline or fighting experience.

Crook, on the other hand, appears to have responded with aplomb. Forming his troops into a strong defensive line on the western slope of the town, his Ohioans repulsed Heth's attack between the General Lewis Inn and the Old Stone Church. On Crook's left flank, in open farmland near the present-day athletic fields of the West Virginia School of Osteopathic Medicine), the 36th Ohio engaged in the thickest fighting with the veterans of the 22nd and 45th Virginia regiments (the former was later commanded by Colonel George S. Patton, grandfather of the famed WW2 general, and generally held to be the best Confederate regiment to serve in West(ern) Virginia during the war).

After repulsing the initial Confederate advance, Crook boldly launched a counterattack along the entire length of the line. On his right, the 44th Ohio crumpled Heth's flank near the General Lewis Inn, held by Colonel William Finney's inexperienced militia, and swung into the flank of the 45th Virginia. Facing devastating fire from the front and left, the Virginians were forced to retreat, and Heth's battered force fled.

The battle was over by 7 AM. Losses were heavy considering the brevity of the affair and the small size of the forces involved: "Confederate losses were 80 killed, 100 wounded, 157 prisoners, 4 cannons, 25 horses, and 300 stands of small arms" (1). Union losses were 13 killed, 50-60 wounded, and 7 missing or captured.  The wounded men from both sides were taken to Old Stone Presbyterian Church which served as an emergency hospital.

Great controversy was caused when Crook refused to allow the Confederate dead to be given "proper" burials. His reasoning is unclear, though it may have been influenced by the murder of one of his wounded men by an unidentified sniper after the battle. The Rebel fallen were first buried in a trench along the south wall of the Old Stone Church. Later they were moved and laid to rest permanently in a cross-shaped mass grave west of the church. Efforts are underway to identify the remains and the exact number of the dead buried within.

Though the battlefield as a whole is not preserved, a number of surviving landmarks and monuments continue to stand witness. West Virginia Civil War Trails maintains a number of markers near the center of the battlefield (near present-day Carnegie Hall and North House Museum). The Old Stone Church and General Lewis Inn still stand, and in the cemetery of the former lie a significant number of Civil War dead. At the top of the hill near Crook's old encampment is the site of the Confederate mass grave.