Built by John T. Peerce outside the budding town of Burlington, WV, the Peerce House blends the Greek Revival and Federal architectural styles. Peerce was a builder and designed the home himself, though the date of construction is unknown, Peerce likely finished the build at the outset of the Civil War. A Confederate soldier during the war, Peerce was pardoned by President Andrew Johnson despite protests from Governor Arthur Boreman of West Virginia who felt Peerce was too dangerous to be trusted. The Peerce House was added to the National Register of Historic Places in 1990. 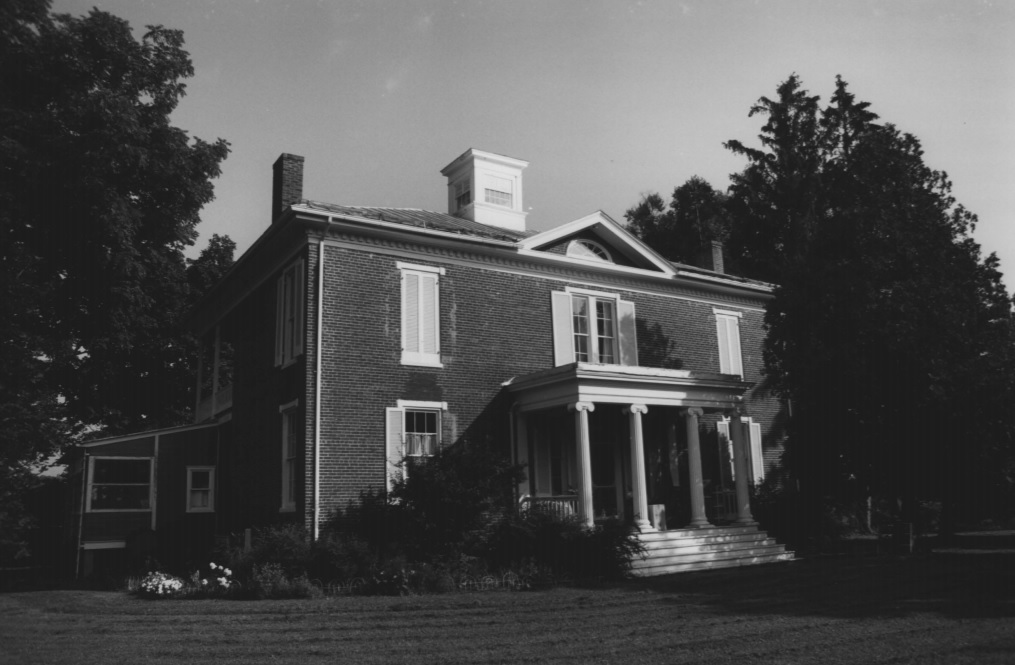 The Peerce Home, also known as Fairview and Rural Retreat, blends Greek Revival elements with Federal architecture. The original brick home was built sometime in the 1860s, possibly even earlier, but many of the other portions of the home and surrounding buildings were added later. The nearby town of Moorefield features many other Greek Revival homes from the 1830s, making the Peerce Home a somewhat late addition to the area's Greek Revival boom. The property contains a host of other historic features including a log smokehouse, family cemetery, and log cabin. Many of these outbuildings need significant repairs, but the log cabins were restored in part in 1981 by the owner the time.
The Peerce Home was built by John T. Peerce for himself and his family. Peerce was building during a transitional period and his blend of Greek and Federal styles is indicative of this. Peerce purchased the land known as Patterson Creek Manor which was largely farmland at the time. The home lies just outside of Burlington, which was first settled by German and English immigrants at the outset of the 19th-century.  Prior to the Civil War, Peerce served as Justice of the Peace and was a notable builder in the area.
Burlington was the site of six Civil War battles between 1861 and 1863. John T. Peerce was himself a Confederate soldier. He enlisted in the 7th Virginia Calvary and was a part of several raids of Union transports. Peerce was present at the capture of George Crook and Benjamin F. Kelley - Union leaders. Because of this, he was nearly denied a pardon because of West Virginia Governor Arthur Boreman after the war. Peerce's reputation for rebellion and violence were against him, but President Andrew Johnson felt that this minimal involvement in the capture of Crook and Kelley was enough to warrant a pardon.
During and after the Civil War, Peerce began to struggle financially. He appears to have built his home just before these monetary issues began. A downturn in the local economy combined with debt inherited on his mother's death in 1863 left Peerce unable to keep up his previous lifestyle. On his wife's death in 1882, Peerce appears to have given up. His wealth disappeared quickly and Peerce House was sold to the Bane family in 1889.
The family cemetery lies on the property. It is surrounded by a concrete wall which was intended to keep cattle off of the burial ground and from trampling the headstones. John T. Peerce was buried here in 1896. His wife and most of his children and some grandchildren are also buried on the grounds. In 1990, the property was added to the National Register of Historic Places for its architecture and connection to Peerce.

Evans, Clement A. Confederate Military History: A Library of Confederate States History, Written by Distinguished Men of the South. Vol. 2. The Minerva Group, 2004.