Having been established in 1856, Mount Olivet Cemetery is the last resting place for many past leaders of Tennessee. During the Civil War, Mount Olivet Cemetery became one of many "Confederate Circles", or spots were large amounts of Confederate soldiers were buried and memorialized. This cemetery, which is listed on the National Register of Historic Places, was also founded by a women association out of Nashville, Tennessee.

One of the graves at Mount Olivet Cemetery 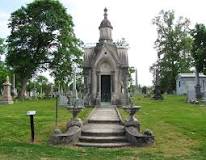 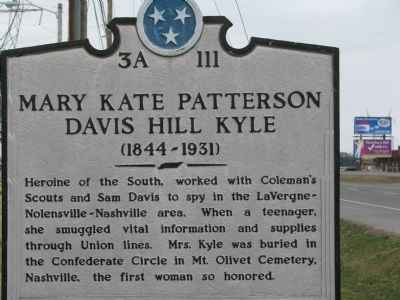 Immediately after the Civil War, a group of women from Nashville formed an association to raise money for a cemetery. They wanted to have a piece of land that could be used as a burial site for the fallen Confederate soldiers who had died during the war. It would also double as a place to remember and honor them. The women's memorial association arranged an estimated 1500 soldiers here to be buried.
As a result of the success this cemetery had, it became what is known as a "Confederate Circle." A Confederate Circle is a location that was used to bury large numbers of Confederate soldiers who died at a given location. This means that at almost every one of these burial grounds is in a major city that saw battles resulting in many deaths. Just like this circle in Nashville, women created associations all around the country to create Confederate Circles. Following the same format, all of these other circles are in major cities. On May 9, 1869, Decoration Day was declared to honor the fallen soldiers.
In this cemetery lie several important people to the area; people like mayors, senators, generals, and other famous people over the years. Seven generals, in particular, are Confederate generals. Mount Olivet Cemetery is also the resting place for Mary Kate Patterson Davis Hill Kyle, who is also known as the "Heroine of the South." She got this title because she worked as a spy in the Nashville area. As a teen, she managed to sneak out vital information and supplies through Union lines. She was buried in the Confederate Circle and became the first women to be honored as such.