Sam Patch, born in 1807 in Pawtucket, Rhode Island, became the first known recorded daredevil in history. Patch and other mill workers often jumped falls into the Blackstone River to pass the time with amusement. But unlike his fellow millhands, Patch sought out more thrill than what he was getting from these small leaps. He started jumping off higher and higher platforms, where the other mill boys dared not to follow. Despite his notoriety later in life, Sam Patch was not always in the business of taking risks. He originally worked in New England traveling from mill to mill in order to find work in a rapidly industrializing economy.

An image of the plaque that is placed on Sam Patch's grave located in Rochester, New York. 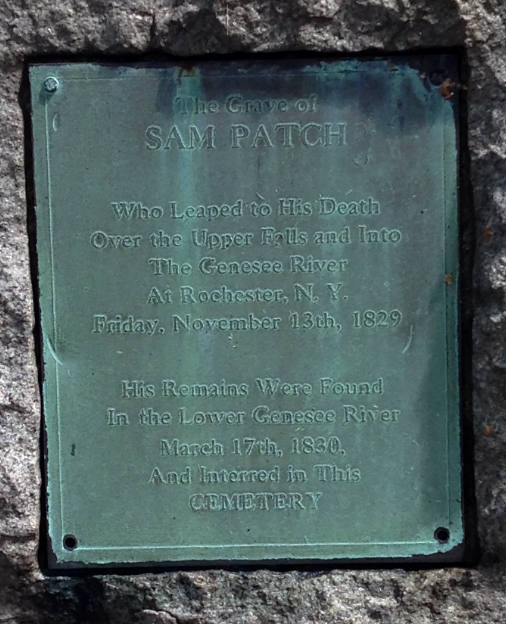 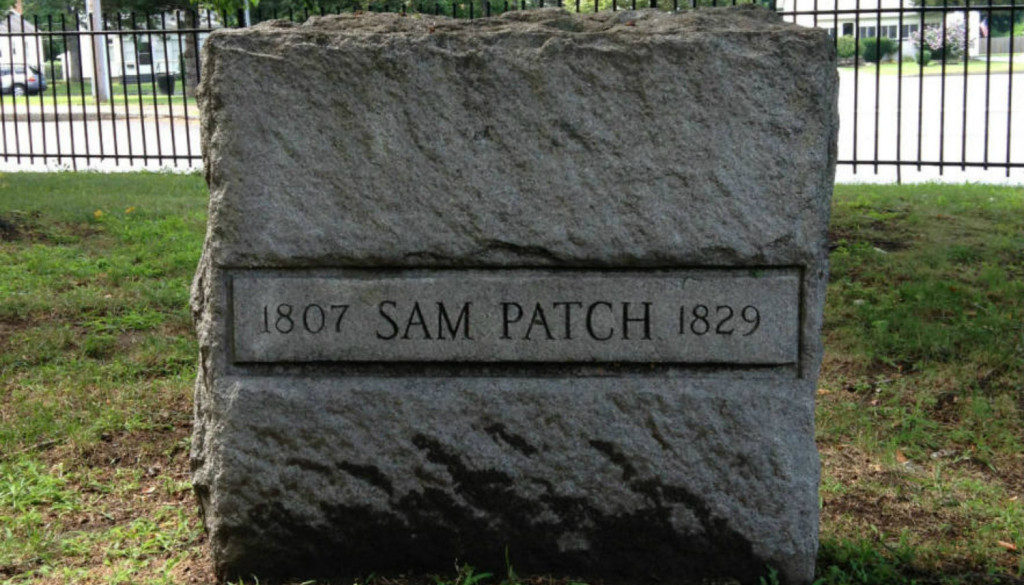 Sam Patch should have given up on Rochester, moved and saw other falls… maybe he would have lived past the age of 29. However, he decided to once again attempt a jump into the Genesee River.

Sam Patch had placed himself in eternal fame, but destined himself to an early grave in Charlotte Cemetery. This cemetery is located near where his body was found after jumping from the falls. According to some sources, there was a wooden board placed over his grave that read: "Sam Patch – Such is Fame."

Sam Patch was eventually recruited to the area of Upstate New York by the innkeepers at Niagara Falls in 1829. His eye for danger landed on the Niagara Falls. He settled on the location of Goat Island, which is a division between two sets of falls (Bridal Veil Falls and Horseshoe Falls). No man in history has attempted this feat, people did not even think it was possible to come out of alive. Sam Patch proved them wrong. 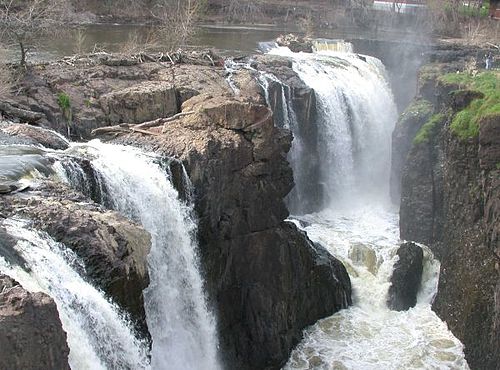