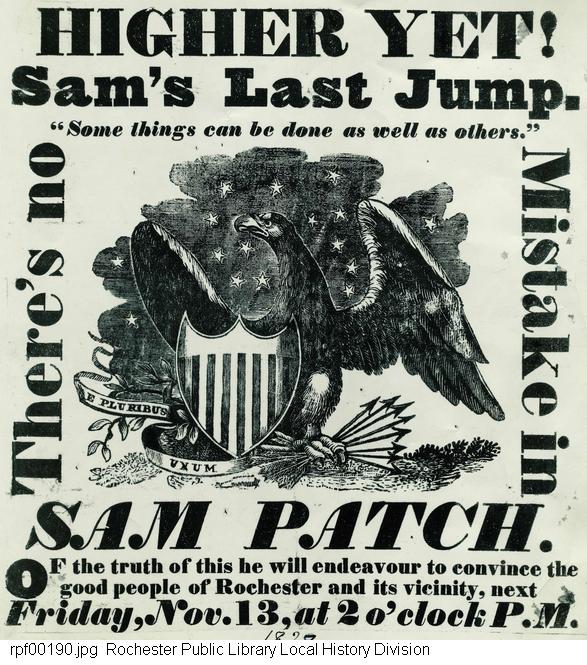 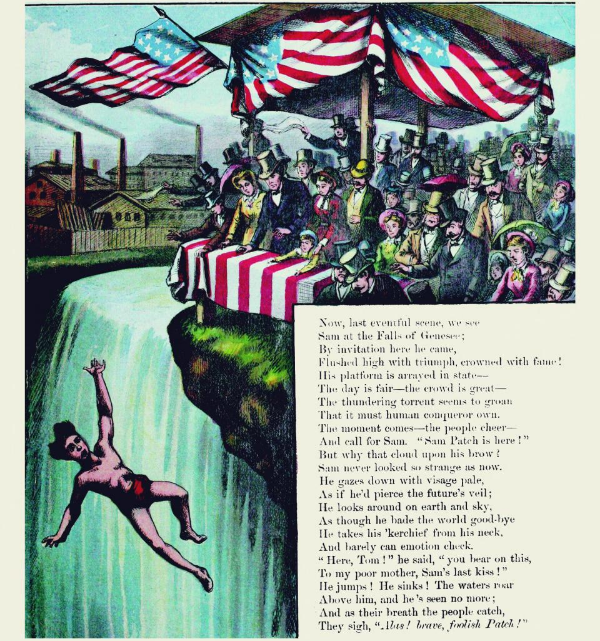 One of the historic Browns' Race mills, built in 1916, that used water power from High Falls 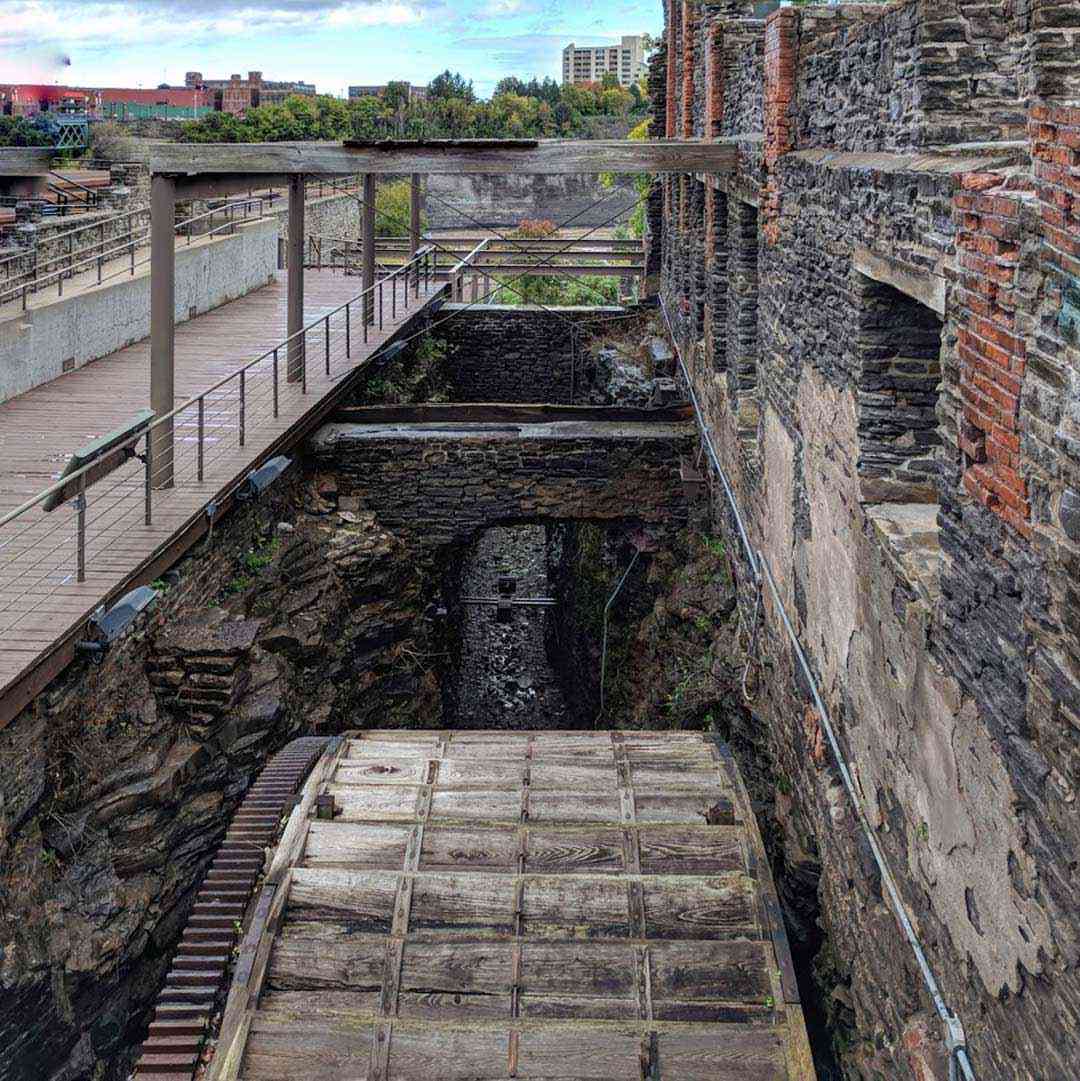 The High Falls of the Genesee River- also known as Upper Falls since it precedes two other falls further downstream- has quite literally fueled Rochester's industrial boom since the earliest days of settlement in the area. In 1789, pioneer and friend of the local Seneca tribe, Ebenezer "Indian" Allan constructed a flour mill about a half-mile south of High Falls which was powered using the water from the Genesee River. The mill was bought by Colonel Nathaniel Rochester in 1811, who then built more using the same water power system as Allan. The numerous mills using the power of High Falls and the Genesee earned Rochester the nickname "Flour City". The Genesee also facilitated major trade in and out of early Rochester, which eventually led to its being the first boomtown in the United States, having effectively doubled its population size in only 10 years by the early to mid-1800's.

High Falls are perhaps best known for being the site of a famous daredevil's final jump. 29-year-old Sam Patch had first gained notoriety for being the first of Niagara Falls' daredevils. In October of 1828 he became the first man to leap from the top of the Falls and live, earning him the nickname "The Yankee Leaper". The following year, Patch made the decision to leap from the 96-foot-tall High Falls, expecting it to be a simple task compared to the 125-foot drop of Niagara Falls. Before his jump on the morning of November 6th, he threw his pet bear- named Papa Bruin- off the platform as a part of his act. Below, Papa Bruin emerged- a sign that Patch would be safe. Standing above the churning waters of the Genesee Falls, Patch leaped into the chasm. Onlookers wondered if he lived after the first jump. Several minutes passed before anyone saw Patch emerge from behind the falls. However, after ten minutes, Patch appeared to an uproarious crowd.

Despite the jump being a success, Patch was unsatisfied. He remained in Rochester and began advertising a second jump- this time from a higher platform. The jump was scheduled for November, Friday the 13th, of 1829. An estimated crowd of 8,000 people showed up for the event. Right before the jump, many claimed Patch had entered into a nearby tavern and began drinking. Others believe that the new platform used for the jump- which sat ten feet higher than the previous one- might have contributed to his death. Patch gave a speech and then threw Papa Bruin in- who successfully survived the jump. Sadly, Sam Patch was not as lucky. Some spectators at the time claimed he stumbled off the platform, while others said his dive was as immaculate as the first. Regardless, his impact was not as clean. The crowds waited for Patch to emerge, but when he never did, wild rumors began to circulate. Initially, some thought that Patch was simply hiding in one of the caves behind the Falls and was merely trying to garner attention. These rumors were put to rest the following spring, however, when Patch's frozen body was found downstream. Both of his shoulders had become dislocated when he hit the waters incorrectly, and he drowned.

Patch was buried in Charlotte Cemetery, near the mouth of the Genesee. The story of Patch's adventurous life and unfortunate end quickly reached legendary status during the 1800's. President Andrew Jackson's favorite horse was even named after him. Yet despite his fame, for many years Patch's grave was marked only by a simple plank of wood which read "Sam Patch- Such is Life". In the mid-1900's, however, a group of students raised the necessary funds to buy a permanent headstone for the iconic daredevil.