Being a centerpiece in Mineral Wells, the Baker Hotel was the only resort opened by Theodore "T.B." Baker. It boasted top of the line amenities and attracted many famous actors and comedians and some notable politicians, all who wanted the luxury and mineral springs that the resort offered. It was opened in the midst of the Great Depression in 1929, and did not shut its doors for good until 1972. Now, it is still Mineral Well's largest landmark and there are hopes to restore the Baker Hotel to its former glory.

Street view of the font of the hotel as it stands today. 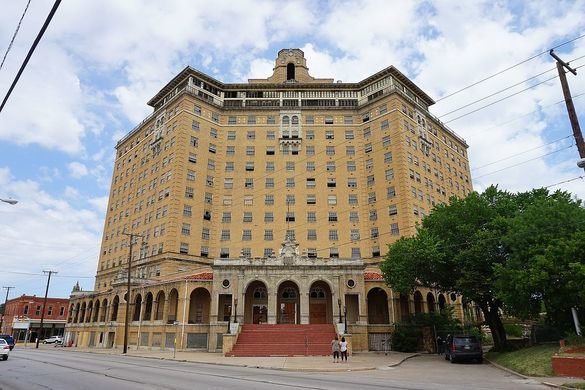 The Baker Hotel when it was active, year unknown. 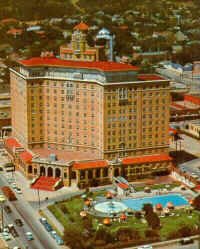 The Baker Hotel is the only member of the Mineral Wells skyline. 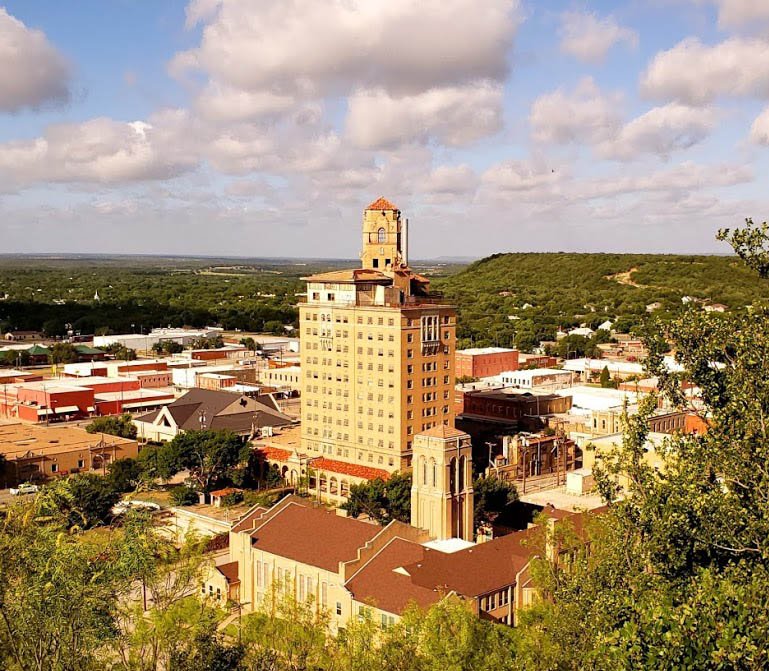 The owner and hotel tycoon Theodore "T.B." Baker circa 1952. 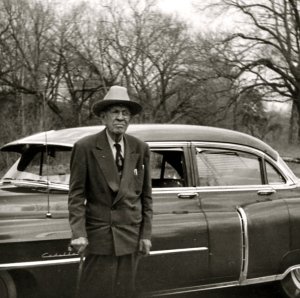 The Baker Hotel was open to the public in 1929, in the middle of downtown Mineral Wells, at the beginning of the Great Depression as a hot spot for tourists who were seeking the healing mineral waters and the luxury amenities that it had to offer. The building still stands as the only thing in the skyline of mineral wells, and the most famous skyline in the area. It was visited by many famous celebrities and politicians from the 1930’s to the early 1970‘s when its doors closed for good. The original owner, Theodore “T. B.” Brasher Baker, was a hotel tycoon and entrepreneur who developed the Baker Hotel. Standing 14 stories high, it was the first skyscraper built outside of a major U.S. metropolitan area and cost around $1.2 million, and was fitted with most of the progressive technological advancements of the time.[1]

T. B. Baker was the most prominent man of the South’ according to The San Antonio Newspaper. He was competing with other families such as the Hiltons and the Moodys who had the National Hotel Company to build Texas hotel empires.[2] The Baker Corporation was a casualty of the Great Depression, and in 1952 T. B. Baker handed over the deed to the Baker Hotel over to his nephew, Earl Baker, who managed the hotel until his 70th birthday in 1963: when he followed through with his vow that he was going to shut down the hotel if he was unable to find a buyer. After a couple of years, the Baker Hotel reopened for a brief stint due to local businessmen who wanted to keep it alive until it finally closing its doors for good in 1972.[3]

The presence of the Baker Hotel made Mineral Wells a tourist town because of the healing mineral water spa that it contained and it housed the first Olympic sized pool in a hotel in the United States. If it was not for the hotel and the army base, Fort Wolters, the town of Mineral Wells would not have been as successful as it was. According to the Texas Historical Association the Baker Hotel was known as one of the country’s most glamorous resorts for more than 25 years, and the hotel was designed to take full advantage of the mineral springs that were in the hotel and to accommodate the guests that wanted the mineral waters perceived healing effects.[4] The Baker Hotel, and the overall economy in Mineral Wells started to decline in the 1950’s when the war was over and the FDA denounced mineral waters to be an effective form of medicine.  Without the healing of the mineral waters, the Baker Hotel started to be more of a living landmark at the time, rather than an oasis for ailments.

The inside of the Baker Hotel is not open to the public now, but it has a rich history of being haunted and there are now tours and informational signs put up on the outside of it for people to reminisce and learn more about the ongoing project to revamp the hotel. Even though the hotel has now been closed for decades, its significance and reputation still make it a place that people passing through make a point to visit and see what once was.[5] There have been efforts to reopen the hotel by an investment group that will use grants and a percentage of local taxes to renovate the hotel. At less than half of the rooms, the developers are trying to restore the Baker Hotel to its original state, and their goal is to revive the hotel and bring back in a flux of tourism that the town has once seen.[6]