The Museum developed KIDSWORLD as a permanent exhibit. KIDSWORLD which occupies three-fourths of the 22,000 square foot structure is a child’s version of a miniature city. Over 30 exhibits including a bank, hospital, grocery store, recycling, art center, and a post office engage children in a hands-on exploration of a functioning city. 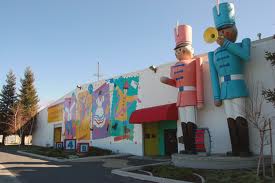 Inspiration for The Museum came as a result of the tragic 1989 Cleveland School shootings. While at play, 5 children were killed and 30 others were wounded — including a teacher — by a gunman firing an assault weapon.