In the War of 1812, Fort Ball saw no face to face battle, but it still played a big role in the war. The Treaty of Greenville stated that the northwest part of Ohio was to be occupied by the Indians. The heavy wood line and deep wet swamp lands made it very difficult to travel on land during this time period. Lake Erie was a vital asset in the War of 1812 and this also made the waterways leading up to it just as important. A series of forts along with Fort Ball were placed to provide security to the United States travel along the river.

Fort Ball in The War of 1812. This Fort was one that was created with a purpose to monitor the waterways leading to the great lakes. 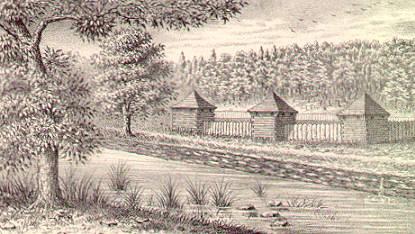 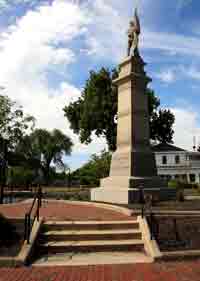 A layout of Tiffin, OH along with where Fort Ball was located. 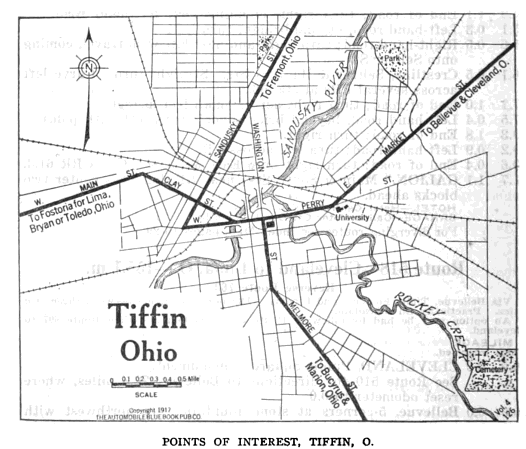 During the age of the early 1800s (1813-1815) this fort was in use along with being in full swing of operation. The bronze statue of "The Indian maiden" established on Frost Parkway where Fort Ball was created as a military depot in 1813. The the bodies of water leading up to Lake Erie played a critical role for the fort. The Sandusky River gave the troops a endless supply of cold, fresh water that came from the spring along with food to eat. Erastus Bowe was the first settler to reside in Seneca County. Bowe was from Rutland, Vermont and came to Fort Ball because he served in the War of 1812. The county took the name from the Seneca Indians who originally occupied the territory before the United States Army.

The reason the waterways were so important during the War of 1812 was because the lands in Ohio in the northwest region was remotely swamp land causing in hard to travel via land. Along with Fort Ball there was two additional forts along the Sandusky River and they were the following: Fort Seneca and Fort Stephenson. These particular fortifications provided storage space and shelter for the United States Army troops because of the important supply line from the south to the north. In addition to the Mauee and Sandusky Rivers, the only other means of a clean path of travel is Indian Trail that dated back to 1760s.

In 1820 Josiah Hedges of Mansfield bought a piece of land along the bank of the Sandusky River, but on the other side of Fort Ball. Hedges called in "Tiffin" in honor of his dear friend Dr. Edward Tiffin. Edward Tiffin was the first Governor of Ohio and was later appointed a member of the United States Senate. The greatest accomplishment for Tiffin was to win the statehood for the young state of Ohio in 1803.

Today Fort Ball also known as Tiffin, OH has a full showcase of public art that includes the War of 1812 & Civil War Monument. It was created on May 8th, 1885 and has a different face from on each side of the statue. The area of past operations is now referred as Historical fort Ball Neighborhood District. The remains of Fort Ball is less than what it looked like in 1813, but monuments help retell the stories of the past events.