This historical marker indicates the location of a military fortification discovered in 2007 during renovations of the Main Plaza. Other sites were found as well. They date to the time of the Texas Revolutionary period (1835-1836) and likely would have been part of the defensive fortifications protecting San Antonio during the Siege of Bexar (San Antonio, October-December 1835). During excavation, archaeologists found military-related artifacts such as a gun barrel, sword tip, and a gunflint. There was a trench at this location that had a wooden palisade. Behind it, evidence indicates that additional fortifications were built, possibly gun batteries.

The marker is located a block south of the Main Plaza on the Kallison Walk. 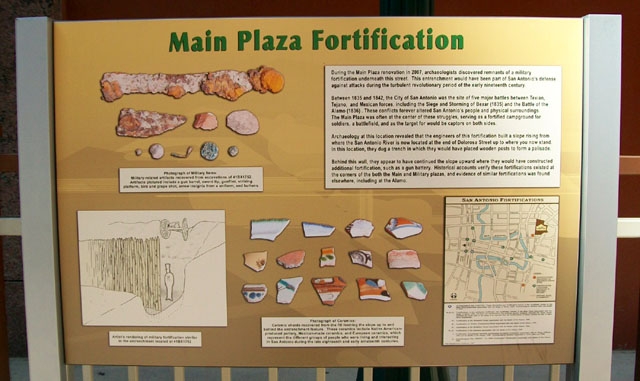 Archaeologists found many artifacts including these. 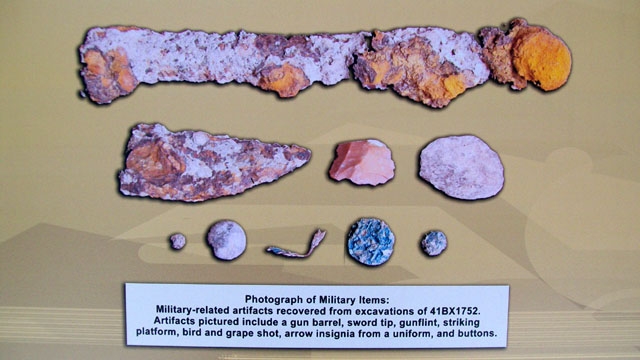 This map shows where fortifications were found and where other sites were recorded to have been located. 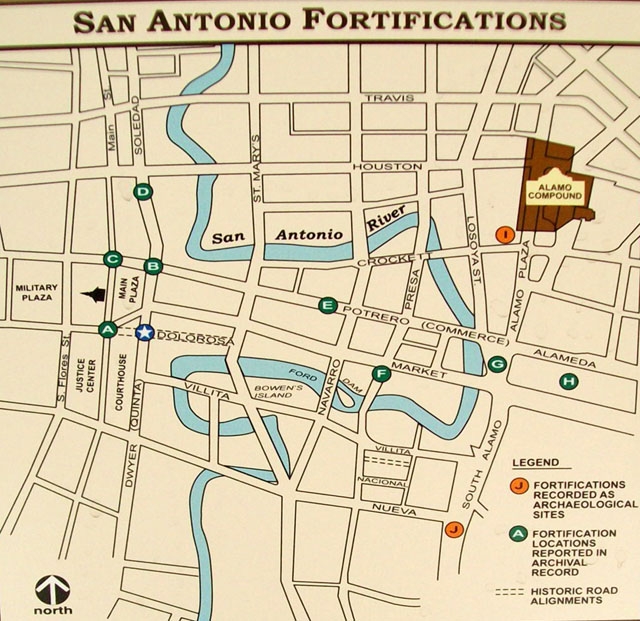