Built and opened in 1932, the Trenton War Memorial was originally erected to honor those from Mercy County, New Jersey who served and died in World War 1. Boasting a theater seating 1800 viewers, the memorial still serves its original purpose of being a community asset to this day. After a thorough remodeling and updating, it was rededicated to all of New Jersey's fallen. 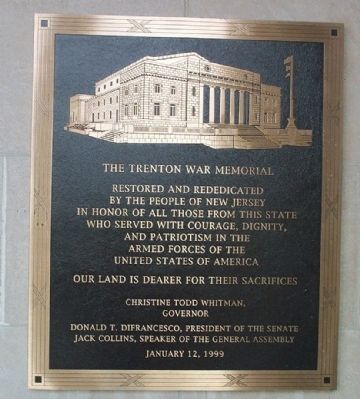 A look at the theater via New Jersey's official web-page. 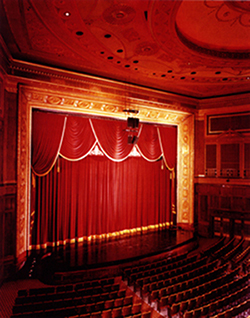 The War Memorial was originally built to honor those who had fallen in World War 1, acting as a community center. The War Memorial Committee wanted to create a dignified memorial that would provide for public utility. In addition to the theater, there are also stately rooms for conferences as well as a ballroom for formal events.

Come 1999 after five years of work, the memorial was renovated and reopened to the public. Renovation made great efforts to preserve historic value while upgrading the theater for modern usage. Upon completion, the memorial was also rededicated to include all of New Jersey's war dead throughout history.

Patriots Theater at the War Memorial. Official Site of the State of New Jersey. . . https://www.nj.gov/state/memorial/index.shtml.