One of the first buildings on the NCSU campus, Winslow Hall originally served as an infirmary until 1959. It was then named Alumni Memorial Building in honor of student alumni who died while serving their country in World War II and the Korean War. In 2006, the building was renamed Winslow Hall in honor of one of the three charter members of the Watauga Club, Arthur Winslow. This club successfully petitioned the North Carolina state legislature to approve what subsequently became North Carolina State University. Arthur Winslow graduated from MIT who worked as a "surveyor in eastern North Carolina." He chaired the committee looking into the possibility of creating a North Carolina College of Agriculture and Mechanic Arts. He took this recommendation to the legislature and also circulated a pamphlet titled "The Need of an Industrial School in North Carolina, together with the Estimates of the Cost of Establishing and Maintaining It. A Memorial to the General Assembly by the Watauga Club of Raleigh", to legislators, important community members, and local new outlets. The building was constructed from funds given by alumnus Dick Reynolds, the son of R.J. Reynolds, a prominent tobacco producer from Winston Salem. 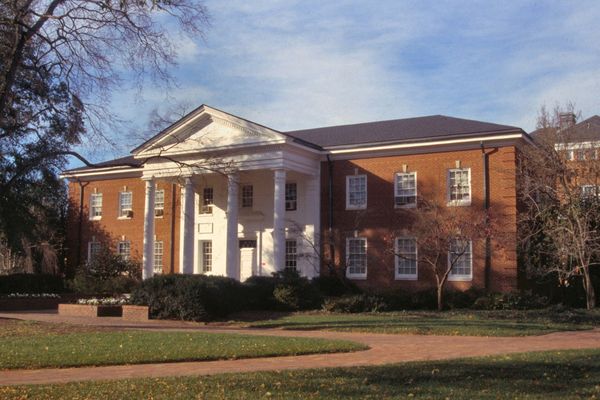