The Lucy Cobb Institute was founded in 1859 as a secondary school for young women. It offered an academically rigorous education to genteel girls and became one of the best schools for women in the South. It closed its doors in 1931, and the University of Georgia purchased the building. Today it is the central administrative home of the Carl Vinson Institute of Government at UGA. 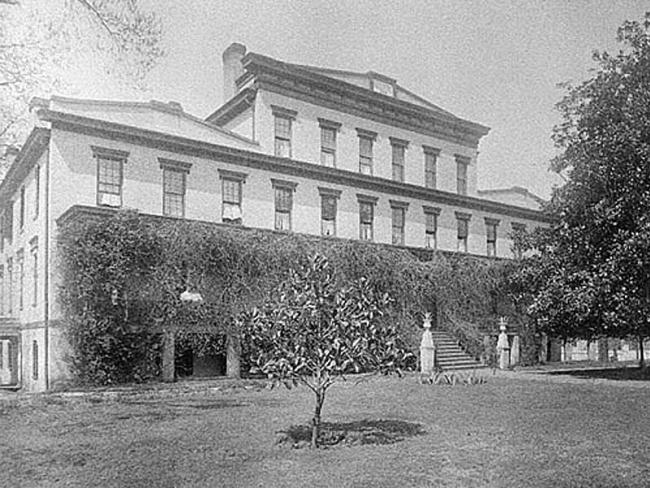 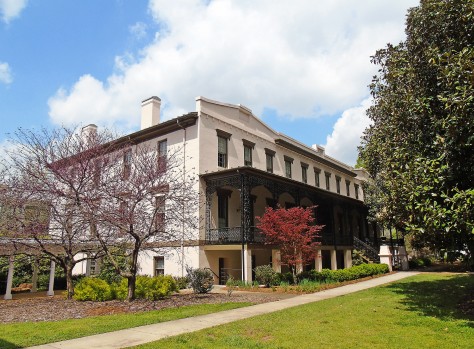 The Lucy Cobb Institute was a secondary school for young women in Athens, GA.  The school was founded in 1859 by Thomas R. R. Cobb, a prominent lawyer and proslavery writer. Laura Cobb Rutherford was perhaps the first advocate for the education of women in Athens. Through her efforts and the financial backing of her brother, T. R. R. Cobb, the Lucy Cobb Institute was constructed in 1858 and held its first classes in 1859. W. W. Thomas was the architect for the building. The school was named after T.R.R. Cobb’s daughter, Lucy Cobb, who had died at the age of 13 from scarlet fever. She never got to attend the school her father helped establish.

Right after the first classes were held at the Lucy Cobb institute the Civil War broke out, but the school never closed. Pupils still came from other states, especially Mississippi and South Carolina during this time. Parents seemed to feel that Athens was a safer place for their girls. When Franklin College closed in order for the professors to enter the Confederate army, refugees from New Orleans, and other sea coast towns came to live in the college dormitories and sent their girls to the Lucy Cobb Institute. Mr. Muller of Charleston, S. C. was in charge of the school during the Civil War.

Most Lucy Cobb students came from wealthy and well-established families. Nineteenth-century schools for elite young women emphasized subjects that would enhance their gentility, including art, music, and French. The Lucy Cobb Institute was no exception. Yet even from its early days, the school offered a more academically serious curriculum than the stereotypical finishing school.

Between 1880 and 1928 Cobb's niece Mildred Lewis Rutherford, a Lucy Cobb graduate, taught at the school and served as principal for 22 of those years. Under Rutherford and her sister Mary Ann Lipscomb, the curriculum became even more rigorous. Students, or "Lucies" as they were called, in the collegiate track studied sciences (including chemistry and physics), higher mathematics (algebra, geometry, trigonometry), logic, rhetoric, languages, history, and literature. After 1918, once the University of Georgia (UGA) began accepting women students, graduates of Lucy Cobb's collegiate program could enroll. The school aimed its curriculum to prepare graduates to attend the university. In her extensive 1916 report on women's education in the South, Elizabeth Avery Colton of the Southern Association of College Women listed Lucy Cobb as one of the very best schools for young women in Georgia.

The school faced financial difficulties in the 1920s, mostly because of the agricultural depression that hurt the entire state. The institute struggled to maintain high enrollment and keep its bills paid. After Rutherford's death in 1928, the school struggled on for a few more years, finally closing in 1931. UGA purchased the building. It served as a dormitory for girls attending the University of Georgia up until the 1960’s. Subsequently, it was used as faculty offices and for other purposes until being closed in the late 1970s. Thereafter, the condition of building deteriorated rapidly.

The entire Lucy Cobb complex was renovated in the late 1980s and early 1990s, with two appropriations by the U.S. Congress of $3.5 million and $1 million, and contributions of another $1 million by public and private donors. The Lucy Cobb Institute's inclusion on the National Register of Historic Places was a major consideration in the appropriation of federal funds. In 1991 the institute became the central administrative home of the Carl Vinson Institute of Government at UGA.