One of the original buildings of the United States Arsenal in San Antonio, construction of this magazine began in 1859. While the federal government began the work, the magazine was completed by the Confederate army owing to the outbreak of the Civil War. San Antonio was chosen as the location for the Arsenal of the Department of Texas in 1853 and in 1858, San Antonio was designated as the Army’s permanent location for the arsenal. After the war ended, the U.S. Army took back the property and oversaw its restoration and expansion as it had suffered neglect during the Civil War. Over the coming years, more property was purchased and numerous buildings were erected to create the military complex that became a major center of activity during World War II. The arsenal closed in 1949 and many of the structures were either demolished or converted to federal offices. In 1985, H. E. B. Grocery Company purchased the last remaining ten acres of the complex to move their corporate headquarters from Corpus Christi. The former arsenal is now home to parks, private offices, parking lots, and government buildings. 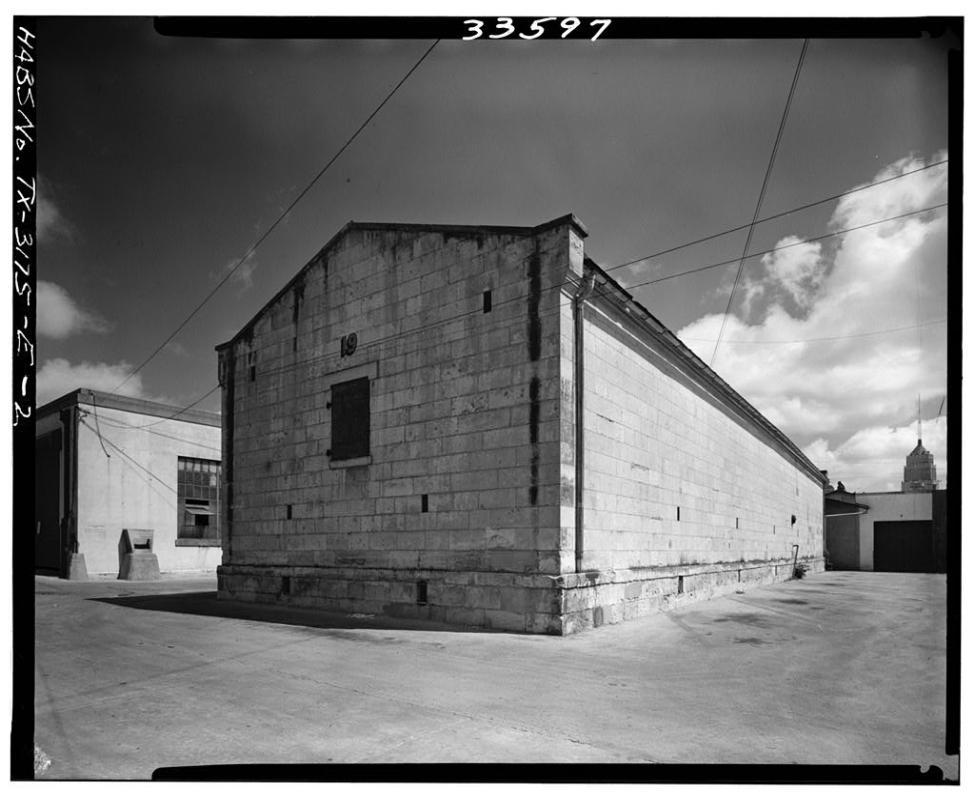 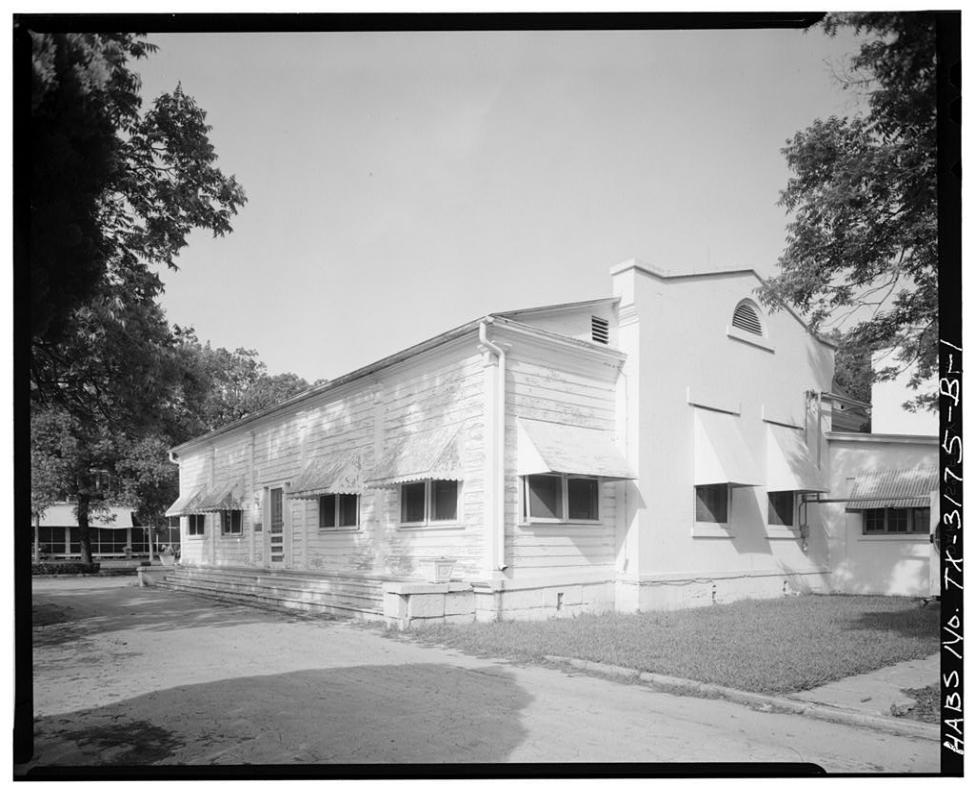 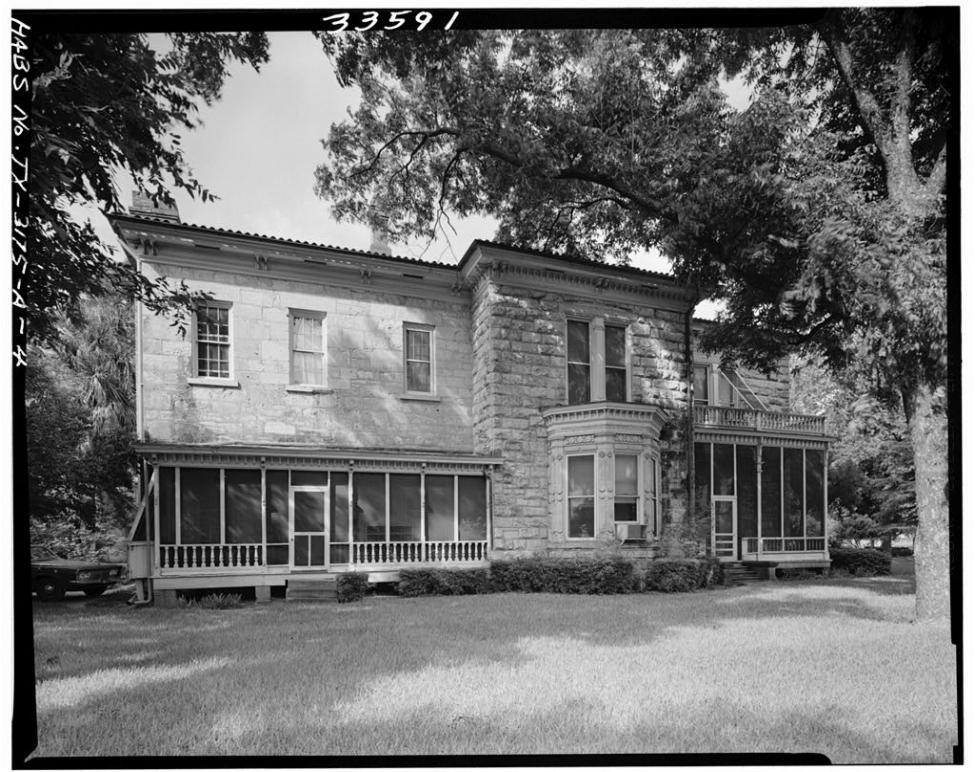 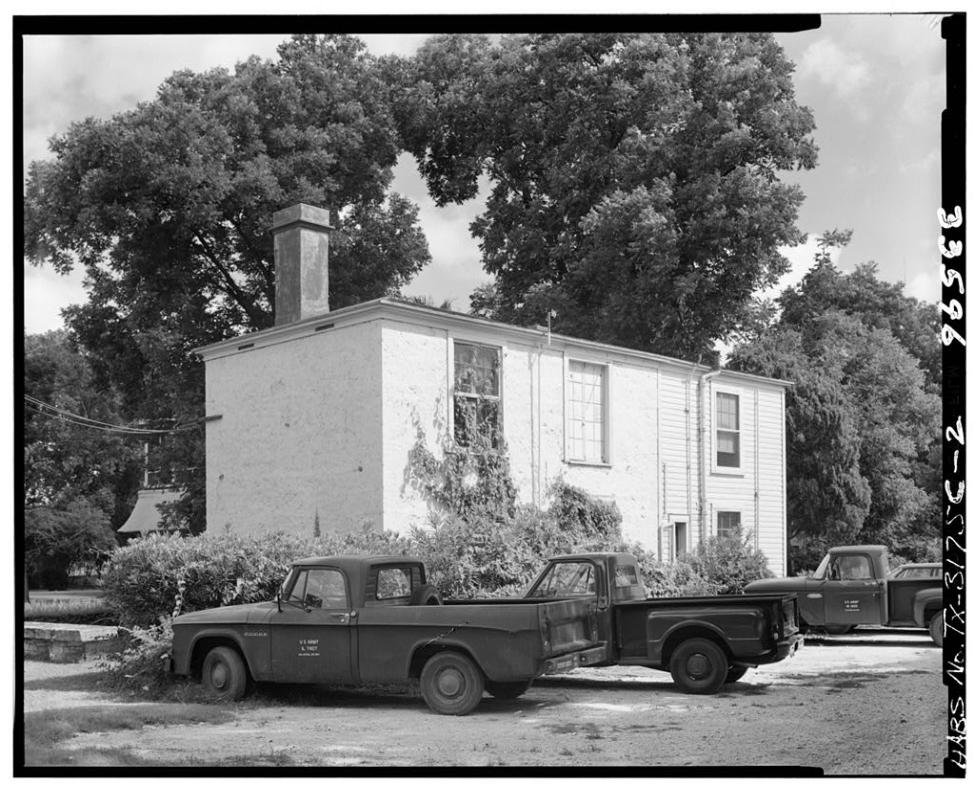 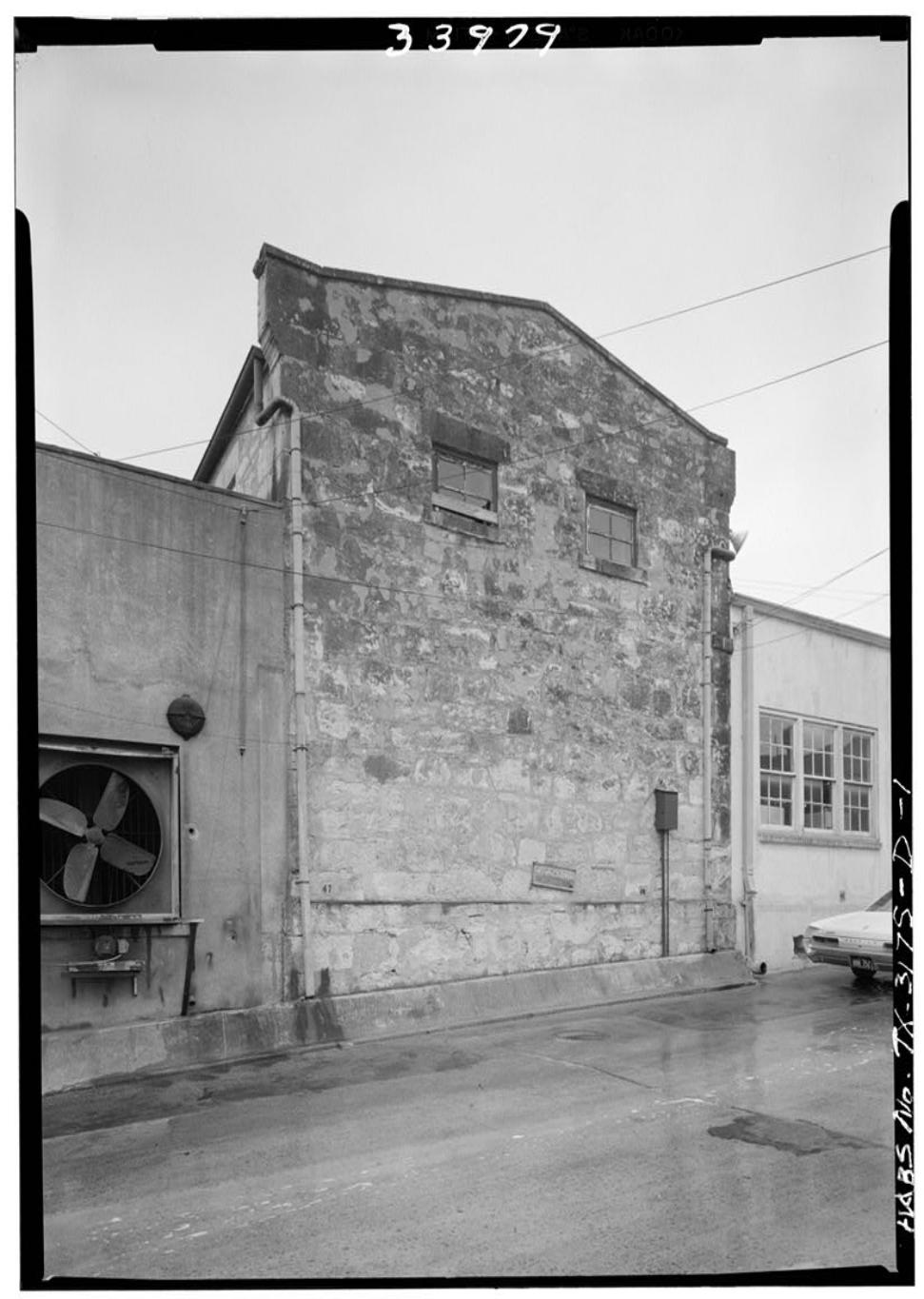 In response to U.S. Secretary of War Jefferson Davis's plan to create an arsenal in a Southern and Western city, the War Department acquired this land in 1858. Sixteen additional acres were added the following year, and the first buildings of the arsenal, including this magazine, was built between 1859 and the start of the Civil War. The arsenal also became the U.S. Army’s Department of Texas headquarters both before and after the war.

Captain R. H. K. Whiteley, tasked with finding a proper site and beginning its development, found the property on the west bank of the San Antonio River south of town. Ex-governor Thomas Bell and Gregory T. Devine owned the land at that time. In December 1858, Whiteley received orders from the War Department to complete the purchase. Construction on new buildings on the plot didn’t begin until September 21, 1859, almost a full year after purchasing the property.

The office building was the first structure in the arsenal, as well as one of the first permanent U.S. government structures in Texas. Completed in 1860, the rectangular building was constructed of limestone believed to have originated from a quarry at present-day Brackenridge Park. The second building constructed on the grounds was the magazine, which was left incomplete due to the start of the Civil War. The Confederate army went on to complete the magazine as well as the armorer’s shop. The Commanding Officer’s Quarters, as well as the servants’ quarters behind, were originally part of the home of Dr. James. M. Devine, but the home was replaced with the current structures in the early 1880s. The stable was constructed in 1873 and the first permanent storehouse for the complex was built in 1883.

After the conclusion of the Civil War, Captain J. W. Todd assumed command of the arsenal.  Mere days after taking command, Todd submitted a request to Brigadier General A. B. Dyer for funds to repair the facilities.  Captain Todd reported that the window glass “has more or less broken” and the buildings “are very much in need of repairs,” in addition to all of the fencing had been destroyed and only the Magazine was usable for storage.  The Arsenal underwent two changes of command before repairs could finally begin on the structures under Captain Clifton Comly in 1871.  By 1882, the depot comprised of five permanent structures and several frame storehouses.  Barring the construction of the first permanent storehouse in 1883, nothing changed for the arsenal until 1916. This is when the arsenal saw multiple new buildings erected, bringing the new total to 44 buildings with a value of $900,000.  This addition gave the arsenal over 235,000 square feet of storage space, allowing an estimated $25 million worth of stores. Despite the success of the expansion, the San Antonio Arsenal was eventually moved to the much larger Red River Arsenal, which covered 50 square miles and had over 3000 storage buildings.