The Royal Chapel of Granada

This location is the destination point of Queen Juana la Loca of Spain where she walked on foot while pregnant to go see her husband’s body after his death in 1506. It was after this event that she was considered too crazy to rule and was imprisoned in a castle for the rest of her life, stripping away her right to rule. While much of history and even sources today say that she made this trip due to her being madly in love with her husband, the truth is that she actually made this trip in order to secure her inheritance. This untrue narrative of Juana’s life very much exemplifies the sexisms that women have faced in the past as well as the present.

A painting of Juana la Loca. 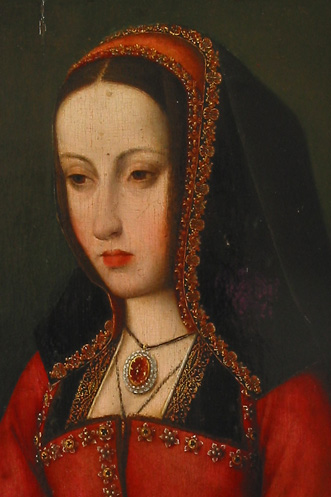 A famous painting by Francisco Pradilla of Juana la Loca at her husband's funeral. Notice that the painter made Juana the only one who is mourning his loss. 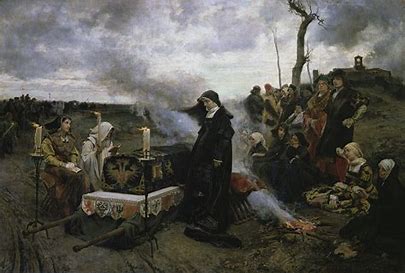 King Philip the Handsome's tomb. This is where Juana la Loca arrived when she took that walk all the way from her castle. 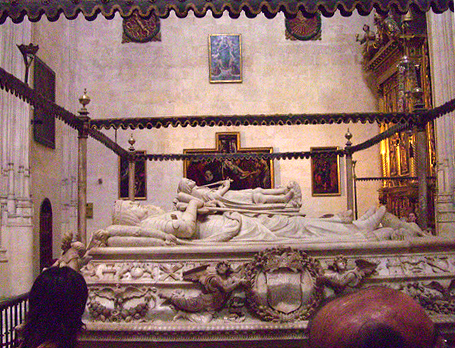 In 1506, Queen Juana La Loca walked from the Royal Convent of Santa Clara, her castle, to the Royal Chapel of Granada. This is a 594 km walk and would take five days by modern standards. However, Juana was six months pregnant at the time so it would be assumed that it must have taken her longer, especially since roads were not as good as todays. She arrived at the Royal Chapel of Granada to see her husband’s dead body, which was being prepared for his funeral. This location has significance to Juana’s life as after she had arrived there, she was brought back to her castle and her father, Ferdinand II, saw the walk as something a crazy person would do. He then convinced the people of Spain that she was unfit to rule and he ruled over Spain until his death. Juana, on the other hand, was banished to live in the castle, never to be allowed to rule.

The most interesting insight about this location and Juana’s journey to it is Juana’s motives to reach this destination. Throughout history and even today, Juana was said to have wanted to go to the Royal Chapel of Granada because she was madly in love with her husband and couldn’t be without him. However, the true reason is a lot more complex. After her husband’s death, she signed a document that stated that she wanted her husband’s land and wealth to go to her and her children. She then had heard a rumor that a grave robber was going to steal her husband’s corpse. Without the corpse, there would have been no funeral. Without a funeral, Juana and her children could not receive their inheritance. Therefore, in order to ensure that the power would stay with her and her family, she made this long walk. However, though she arrived at the Royal Chapel of Granada to keep her power, it was this action that was used against her and ultimately stripped her from all power.

While research into Juana’s life has shown that her arriving at the Royal Chapel of Granada was due to her wanting to secure her inheritance, this is not wildly known. When looking at any popular source that talks about this event, the motive always circles back to her being crazy in love, a claim that is only backed up by rumors during that time. So while this event definitely shows the sexism of the time as Juana was only deemed to be crazy because a woman being insane was not questioned at the time, it also shows modern sexism. If Juana was a man, there would have been more suspicion among people as to if Juana was really that crazy in love with her husband. However, because this narrative suits the mental schema of what a woman would do, it’s never questioned and this false information is then spread to others. Thus, this location and the event that is tied to it has significance beyond the injustice Juana faced. It highlights the kind of sexism that exists today and the importance of always fact-checking even when the claim seems logical.