Located just north of East César E. Chávez Boulevard along the San Antonio River, this historical marker is situated next to where pioneering tv station KWEX-TV was once located. Written in both English and Spanish, the marker describes how the station was the first in the country to broadcast in Spanish. Mexican media entrepreneur, Raoul A. Cortez, founded it in 1955 as KCOR-TV. He had previously established a radio station in the city of Jalapa in the Mexican state of Veracruz in 1944. KWEX was significant because it acknowledge the increasing influence of Latinos in Texas and around the country. Additionally, KWEX and its sister stations became the first satellite-connected television network in 1976, a few years before CNN was launched. In 1970, KWEX also became the first station to have a Latina reporter and news anchor. In 1982, another milestone was achieved when KWEX featured the country's first female host of a primetime newscast. In terms of content, KWEX made strides in introducing the country to cultural traditions, was the first to nationally televise a Catholic Mass service, and the first to broadcast live coverage of the World Cup.

The marker is written in English and Spanish. 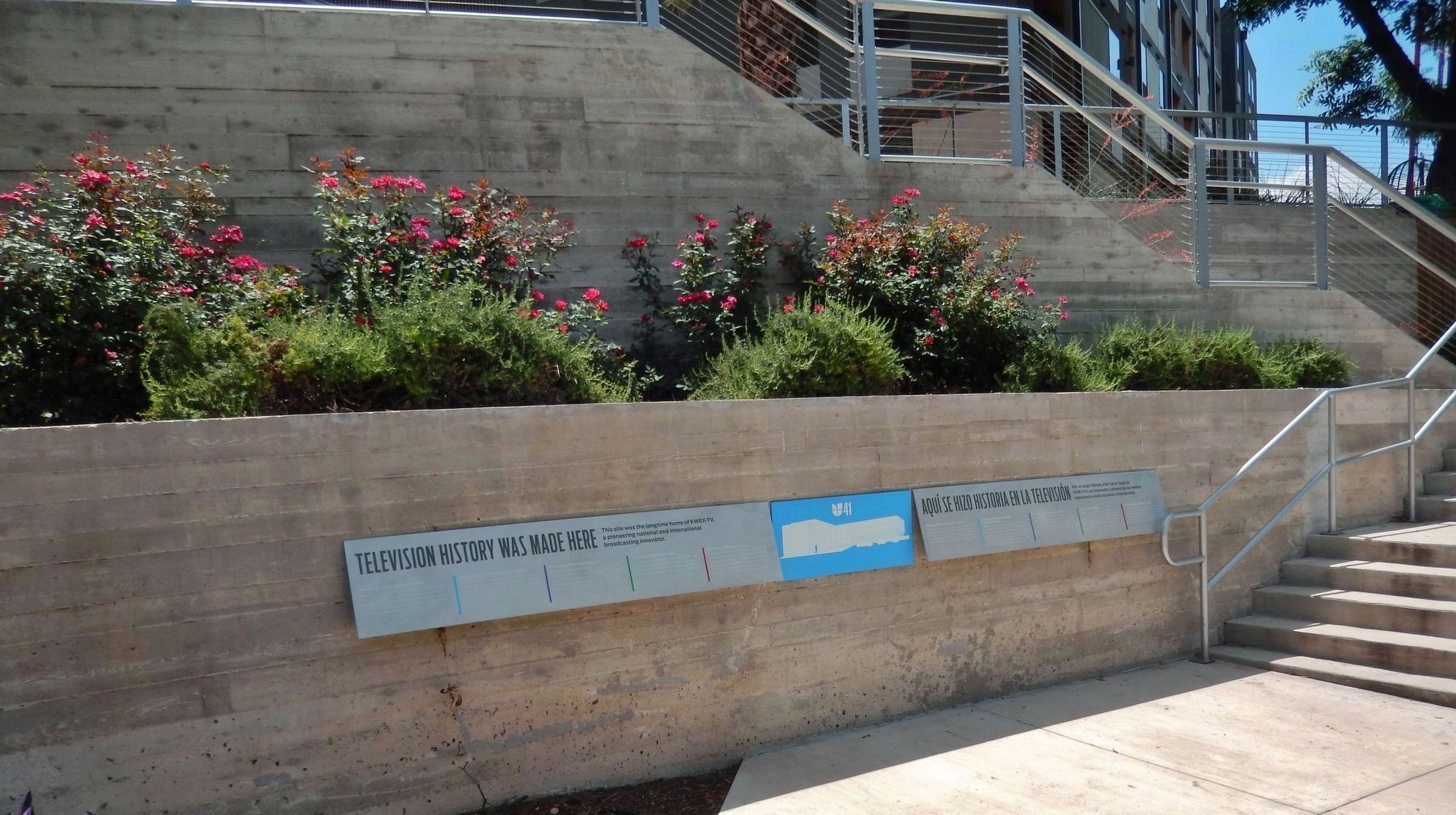