The Third National Bank, also known as the Community Chest Building and now 100 Clinton Square, was designed by architect Archimedes Russell in 1885. The building was the first of its kind in Syracuse, fully funded and constructed by its banking occupant. The building symbolized the bank's rise to prominence after the bank benefited from financing tied to the sale of salt during the Civil War. The bank's emergence demonstrated Syracuse's continued urban growth dating back to the arrival of the Erie Canal, but its demise in the 1930s notes the trouble banks endured during the Great Depression. 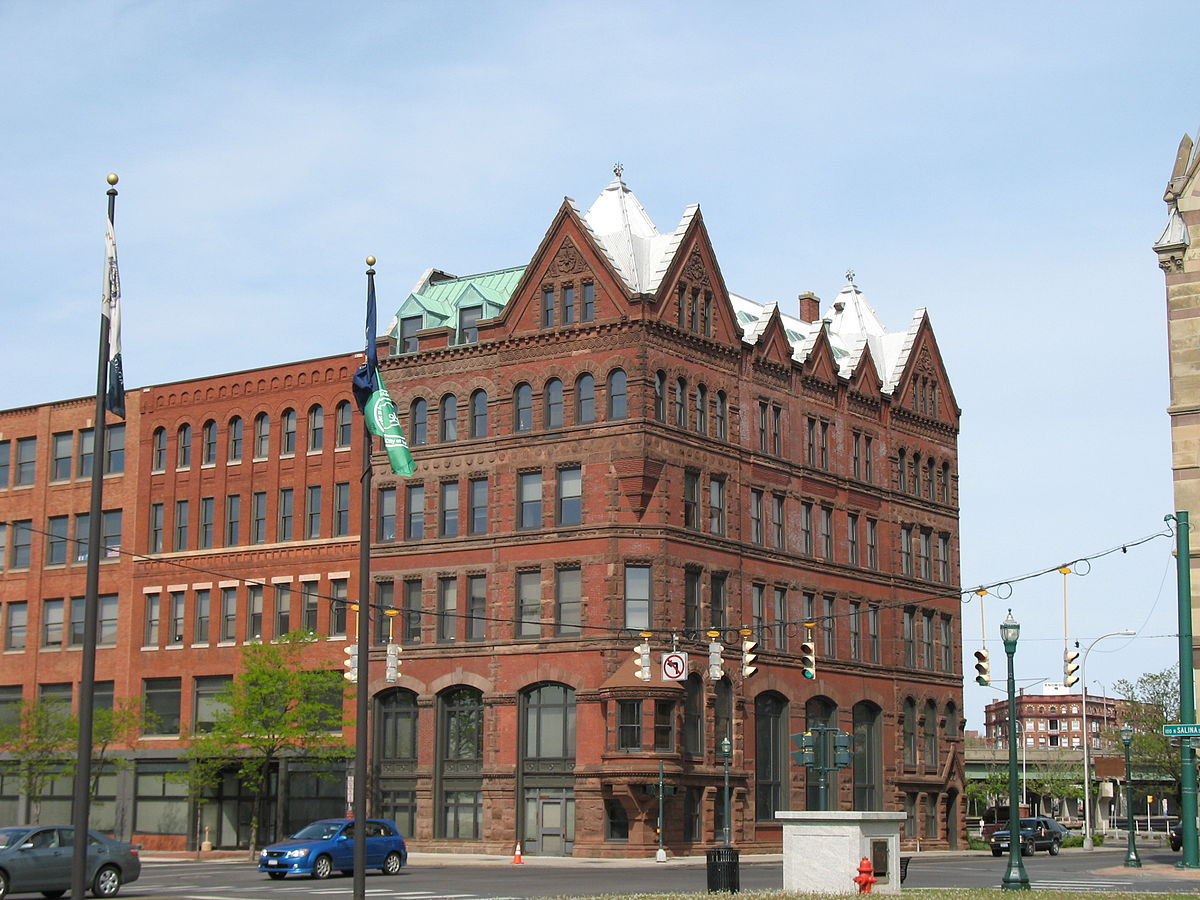 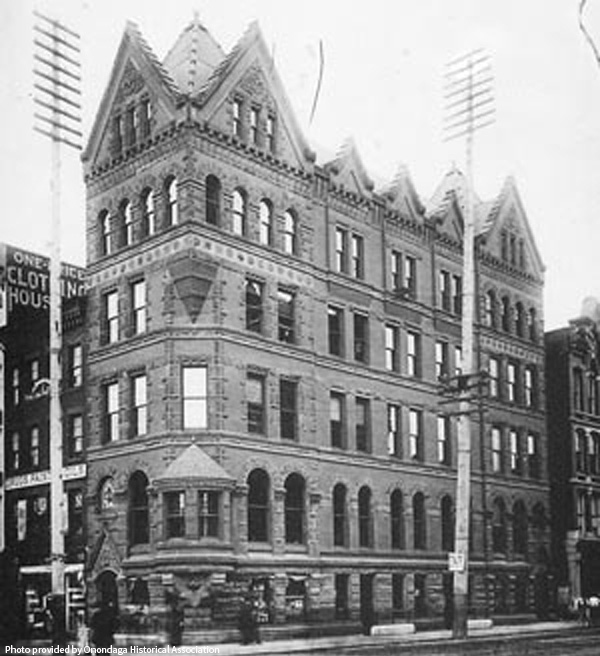 The Third National Bank opened for business in February 1864, but it grew to prominence in 1871 when the bank's new president at the time, Lucius Gleason, used the money gained from the sale of Syracuse salt during the Civil War to build the bank into a prosperous enterprise. By 1885, the Third National Bank became Syracuse's first commercial bank to erect its own building. The bank ostensibly ended operations during the Great Depression. The building has served as the home to many occupants since the 1930s.
The Third National Bank Building, built with a Queen Anne Style designed by architect, Archimedes Russell, is comprised of pressed brick and red sandstone as well as rusticated sandstone trim, decorative banding, a multi-gabled roof, and a projecting circular bay. A carved sunflower in a Gothic trefoil hanging over its side door serves as one of its notable ornamental features. Remodeling of the building occurred in both 1912 and again in 1926 with the construction of an addition to the bank's north half. However, despite its success for several decades, the bank closed during the Great Depression (in the early 1930s) after having consolidated with First Trust & Deposit Co.
After its sale in the 1930s, the building changed ownership several times. From 1956 to 1973 it housed the Community Chest (later known as The United Way of Central New York), followed by a casket company for roughly a decade.  During the 1980s, the Third National Associates purchased the building and subsequently connected the historic bank building with the next-door structures (formerly, the Roy Furniture store. Thus the two buildings transformed into one, large building. And, as of 1986,  the newly reconstructed building yet again functioned as a bank when the Syracuse Savings Bank moved in (which later transitioned to the Federal Fleet Bank).
In the end, the building speaks to the growth of Syracuse years after the Erie Canal helped spur the city's growth, and stands as an interesting monument to the Civil War; its success is tied to financing gained from selling Syracuse salt during the war. But, the bank also speaks to the rise and fall of banking success leading up to, and then during, the Great Depression. And today, as with many Gilded-Age commercial and industrial buildings, it enjoys a new life as an office building as part of Downtown Syracuse.