Peabody Hall is a two-story brick building located on the University of Georgia's North Campus Quad. It is positioned across from the University Law Library and between the Ilah Dunlap-Little Memorial Library and Waddel Hall. Peabody Hall currently houses the departments of Philosophy, Religion, and the Institute for Native American Studies.

Peabody Hall as photographed by David Lewis Earnest. This photo was taken between 1930 and 1950 and is part of the Earnest Photographs Collection, courtesy of the Hargrett Rare Book and Manuscript Library. https://dlg.usg.edu/record/guan_earnest_20 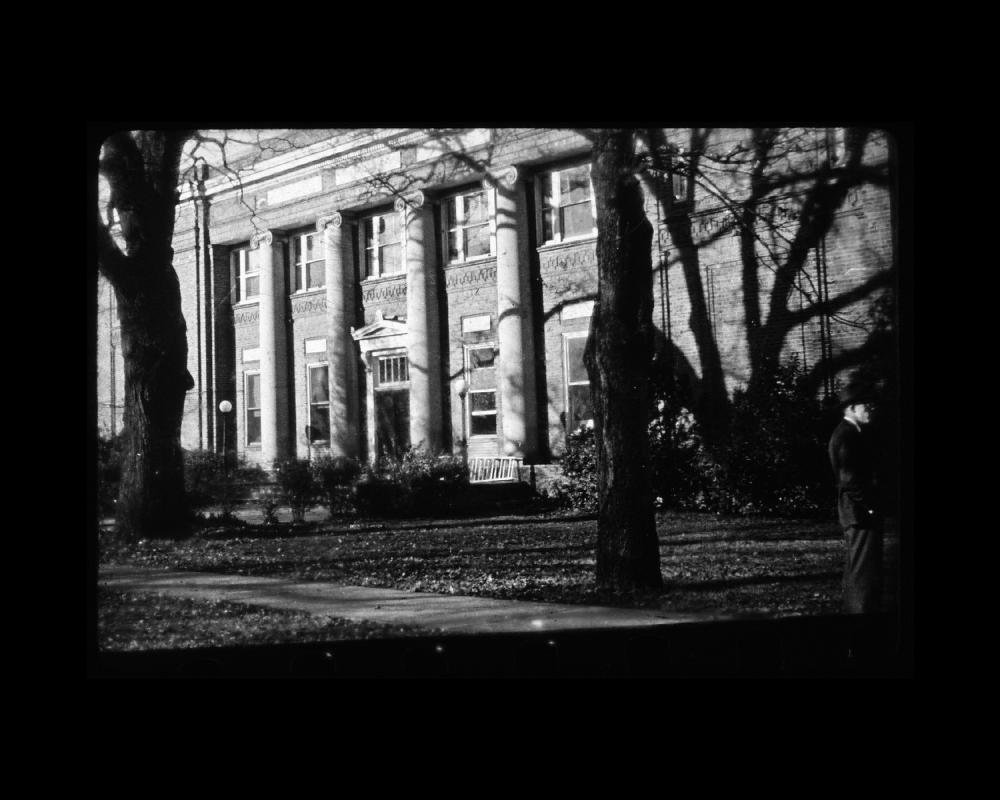 Peabody Hall as photographed by David Lewis Earnest (in color and from a wider perspective). This photo was taken between 1930 and 1950 and is part of the Earnest Photographs Collection, courtesy of the Hargrett Rare Book and Manuscript Library. 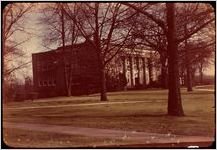 Peabody Hall is named after George Peabody, whose Peabody Institute supported the construction of Peabody Hall. Peabody willed his assets - between 1873 and 1875 - to promote teacher education and training in the south, and the "promotion of Education in the state universities of the South".1 In 1903, these funds became available for use, and professors from southern universities applied for a portion of Peabody's donation. Dr. Thomas J Woofter, of the University of Georgia's joint Department of Education and Philosophy, was one of these professors. Dr. Woofter sought to secure funds to establish a permanent building for Education and Philosphy. Dr. Woofter's department -at the time - was forced to share space with the Science Department because of this limited funding. Calling for "outside aid and the urgent need of the Peabody Trust",2 Woofter's plan to promote educational training for Georgia teachers was one of the final plans chosen.

On June 15, 1903, the University of Georgia Board of Trustees invited the Peabody Institute to establish a Teacher's College. Within two years, the Board of Trustees established the Peabody Committee to secure funding and work alongside Peabody Trust members. A donation of $40,000 (a little more than $1 million in 2017) was officially noted by the Board of Trustees in June 1912, though construction began earlier than this date.3 A construction committee was recorded in 1911, with Dr. Woofter having a "personal pride" in supervising the hall's completion.4 The official recognition by the Board of Trustees also requested that a bronze bust of George Peabody be placed inside the new Education College. The Peabody College of Education and Philosophy was opened and dedicated on June 12, 1913. A portrait of George Peabody, painted by Mary Franklin, was later presented by Dr. Woofter on the tenth anniversary of the Hall's opening. The portrait celebrated the philanthropic life of George Peabody and was "entrusted to the keeping of the Dean of the Peabody School of Education".5

Department of Religion at the University of Georgia. "About Us". Religion.uga.edu. http://religion.uga.edu/about-us. Accessed 21 April 2019.