This historical marker commemorates the life of prominent Houston citizen Thomas William House, Jr., who served as postmaster in this building, the former United States Customhouse, from 1913-1922. William was the son of Houston Mayor Thomas William (1814-1880), who established T.W. House Bank in 1838 and became mayor in 1862. William Jr. grew up to become a successful banker like his father and took over the business when William Sr. passed away. William Jr. then served on the Houston City Council for six years and also helped operate three utility companies. Unfortunately, he had to sell the bank as a result of the Panic of 1907 bank crisis. President Woodrow Wilson then appointed William to be Houston's postmaster in 1913. William passed away in 1923.

The marker is located on the corner of Rusk and San Jacinto Streets. 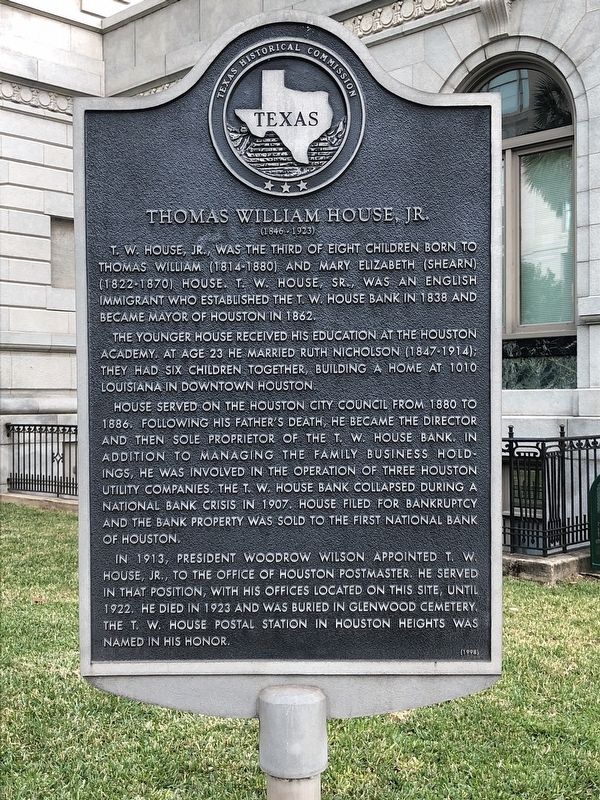