Now home to the Woman's Club of Fairmont, WV, the Fleming House was built in 1901. Thomas W. Fleming, the original owner of the home, was a descendant of Boaz Fleming, the founder of Fairmont. Thomas Fleming was a businessman and two-term mayor of the city who established the first city waterworks and first paved road. His wife, Annie Sweeney Fleming was the founder of the Woman's Club and sold the property to the Club to serve as its headquarters after the death of her husband in 1937. The home was added to the National Register of Historic Places in 1979.

Exterior shot of the mansion 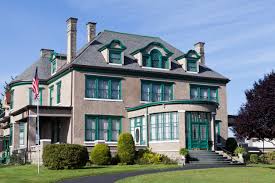 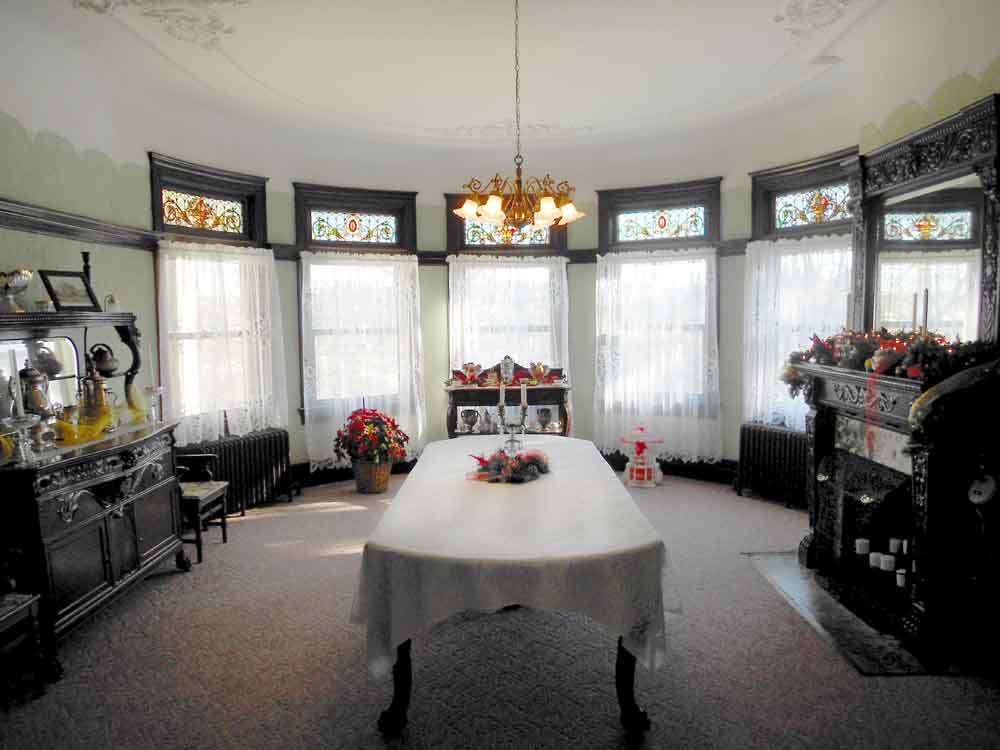 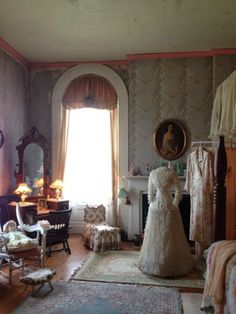 The Thomas W. Fleming house in Fairmont, WV combines the architectural styles of the American Neo-Colonial Revival and Beaux Arts Classicism. The home was built in 1901 and features stucco masonry. Inside the home, many pieces of the Fleming family's original furniture still survive. Other original interior features have been preserved, though a stained glass window and original slate roof have been replaced. The stained glass window had been designed by Annie Sweeney Fleming, wife of Thomas Fleming.
Fleming himself was a Fairmont native, his ancestors were pioneers who helped to settle the city. The town of Fairmont, originally known as Middletown, was established in 1820 and centered around the farm of Boaz Fleming. As a businessman, Fleming helped continue the work of his family as he helped the city expand as a retail and industrial center for the state. Fleming was a partner in the Fairmont Development company, one of several businesses that Fleming was involved in. The group helped to develop real estate in South Fairmont during an economic boom. Fleming made a significant amount of money through investments in the coal and oil industry in several counties in West Virginia.
In addition to being an involved businessman, Fleming influenced the city's politics. He served two terms as mayor from 1891 to 1892. During his time as mayor, Fleming advocated for improved transportation. The road from the South Side Bridge to Monroe street was paved, the first paved road in the city, under Fleming's leadership. Fleming also oversaw the addition of the first city waterworks which he helped fund personally. Later, he served as a member of the House of Delegates in 1905.
When Fleming died in 1937, his heirs became the home's owners. Allison Sweeney Fleming, the recipient of the home, allowed the Fairmont Women's Club to make the building their clubhouse and sold the property to them in 1938. Formed in 1906 by Sweeney Fleming, first president of the club, the Women's Club was essentially homeless for the first 22 years of its existence. This changed when Sweeney Fleming sold the property to the group which was being led by Mrs. E. A. Grose.
Today, the Fairmont Women's Club is still housed in the Fleming House. The group is an active philanthropic organization and one of the oldest groups in Fairmont. One of the organization's primary focuses is of the historic preservation of the Southside Neighborhood where their headquarters lies. The Fleming House was added to the National Register of Historic Places in 1979.