Big Creek Historical Society operates a museum and contains pioneer family histories and a variety of local records and materials and pioneer family histories. It is located in the restored Big Creek Schoolhouse, which was built in 1863 and is listed on the National Register of Historic Places. At the time of its construction, the schoolhouse was the biggest building in the city and became the focal point for the community. In addition to classes, it was also used for social events, worship services, and entertainment. It became City Hall in 1894 and an addition was built in 1915. The schoolhouse is, apparently, the largest building made with walnut in the world. 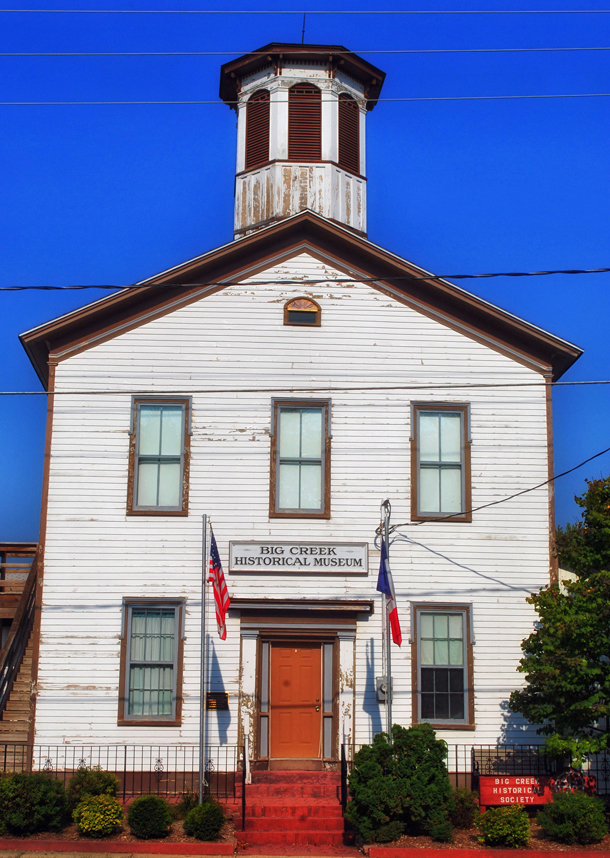 In the 1850s, Polk City, which was called Big Creek at the time, had ambitions to become a big city and the schoolhouse represents this desire. The community had grown significantly and was thriving economically. The construction of the schoolhouse added to this growth. However, Big Creek was not chosen to be the county seat or the capital city. Railroads, which were being built around the country after the Civil War, bypassed Big Creek, thereby dashing the town's hopes to become a big city. Despite these setbacks, the community survived and changed its name to the current one in 1875. The schoolhouse was restored in 2009.

May through October: second Sunday of each month from 1-3.