Originally opened in 1965 by D.C. businessman Sam Ashelman, the former Coolfont Resort brought many visitors to Berkeley Springs with the majority of guests arriving from the Washington D.C. area. Ashelman acquired the original building that served as the center of the resort in 1913. The building's name is a reference to the previous owner, early twentieth-century author John Herbert Quick. The resort was known as Coolfont, the name of the nearby springs. Ashelman preserved the original John Herbert Quick home which has been listed on the National Register of Historic Places since 1984. He also built a collection of rustic cabins and other outbuildings around the Quick House for the use of guests. During its time in operation from 1965 to 2006, Coolfont hosted a number of prominent guests including Al and Tipper Gore following his election as Vice President of the United States. For a short time, the resort was in the headlines after Gore reportedly became lost within the neighboring woods. The Ashelman family sold Coolfont in 2005 to real estate developer Carl M. Freeman Companies. The company planned to upgrade the resort prior to its CEO’s death in a helicopter crash the following year. In 2014, after years of deterioration, the company sold some of the resort buildings for timber and then sold the property at auction. The core parcels of the former resort were acquired by Berkeley Springs Development LLC. The new owner plans to reopen the former resort in 2019.

The John Herbert Quick House, built in the Colonial Revival style in 1913. Courtesy of Wikipedia. 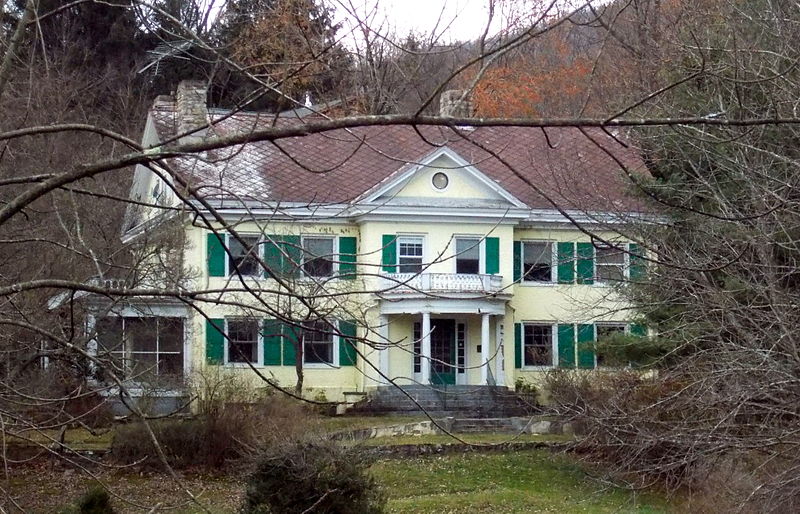 The renovated main resort building at Coolfont in 2018. Courtesy of Wikipedia. 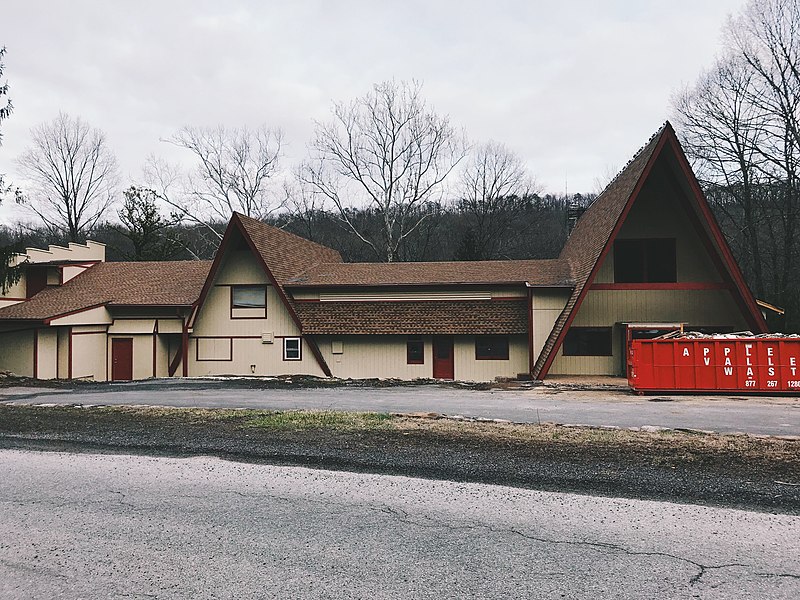 European settlers first arrived in the lands that make up Coolfont Resort in the mid-eighteenth century when a veteran of General Edward Braddock’s disastrous defeat at the 1756 Battle of the Monongahela built a cabin in what is now known as Sir John’s Run Valley. Over a century and a half later the early environmentalist and author John Herbert Quick chose the same site as the location of his new home, a 2 ½ story mansion in the Colonial Revival style with balustraded, closed-in porches, half a dozen large bedrooms, and an underground tunnel leading from the basement to a nearby springhouse. When Sam and Martha Ashelman purchased the property in 1961, they upgraded the property to include modern amenities, a collection of guest cabins, and a network of hiking and riding trails. The historic mansion at the epicenter of the new resort, the well-established reputation of the warm springs in nearby Berkeley Springs, and the panoramic view of Great Cacapon Mountain all combined to ensure the success of Coolfont Resort when it opened four years later. Prior to its sale in 2005, the resort hosted a laundry list of prominent D.C. politicians from senators to cabinet secretaries, who utilized Coolfont both recreationally and for more formal policy discussions.

Quick intended for his home at Coolfont to facilitate a new life guided by a “back-to-the-farm” philosophy, utilizing the surrounding property primarily to pursue new agricultural techniques.[1] Quick, who often dealt with the theme of environmentalism in his work, also wrote one of his most famous books, a non-fiction plea for conservationism titled On Board the Good Ship Earth (1913) in his first year at Coolfont. Moreover, during his time in residence at Coolfont Quick worked to develop an extensive series of orchards on the property and even completed construction of an artificial lake he named Lake Siri. The Ashelmans would later utilize these features in the daily operation of Coolfont Resort, using the produce from the orchards to manufacture local ciders, juices, and honeys for their guests and opening the lake for swimmers and paddleboaters. Their stewardship of the property did not end there, however. Indeed, over the course of their ownership of Coolfont, the Ashelmans expanded resort operations on several occasions. Early on, the Ashelmans completed construction on a large, rustic A-frame built from wood and stone known as Treetop House, an on-site restaurant situated on a hilltop in the trees that offered diners a view of the entire area. As the years progressed, the Ashelmans also oversaw the opening of a full-service spa at the resort, cleared paths through the surrounding forests for a network of hiking and riding trails, and reserved an area during the winter for snowtubing.

The Coolfont Resort was particularly well-known as a weekend getaway for D.C. politicians, most notably West Virginia Senator Robert Byrd and U.S. Vice President Al Gore. While Byrd was famously fond of playing his fiddle by the resort’s main fireplace, Gore and his wife Tipper favored the more vigorous pursuits offered by the resort outdoors. It was during one such pursuit that the Gores brought Coolfont to national attention, losing their way on a hike through the surrounding forests shortly after Gore became Vice President in 1992. The event did not, evidently, cause the Ashelmans much alarm. After all, as Sam Ashelman would later tell reporters, the Coolfont was “one of the few places close to Washington where you can get lost and still not get hurt.”[2] The next decade would prove Ashelman correct. The last ten years of his time in charge of Coolfont operations (1993-2003) proceeded largely without incident. By the time his son Randall assumed the reins in 2003, however, it had become apparent that attendance at the resort simply could not match the financial outlay, and the Ashelmans chose to put the property up for sale. The new owner (Carl M. Freeman Companies) scrapped their plans to upgrade the resort and continue operations after the death of the company’s CEO Joshua Freeman in a 2006 helicopter crash. Eventually sold at auction, the owners of the core of the former resort, Berkeley Springs Development, LLC, have been busy upgrading Coolfont’s facilities in preparation for a grand reopening at some point in 2019.

The Coolfont Resort stands as a visible testament to the process by which the burgeoning resort economy of the mid-twentieth century capitalized upon the preservation infrastructure established by the early environmentalist movement decades earlier. Throughout the United States, entrepreneurs like the Ashelmans purchased private wildlife preserves and experimental farms built by ecologically-minded individuals like John Herbert Quick and used them to tap into the growing market for nature tourism that began to spring up with the increased ease of long-distance travel ushered forth by the construction of the interstate highway system. Because of sites like Coolfont, areas in rural Appalachia like Berkeley Springs became the stomping grounds of a dizzying array of elite D.C. politicians and socialites eager to escape the national capital for some fresh air and relaxation. The result has been the development of a local economy and infrastructure designed to cater primarily to such visitors’ needs, impacting life in nearby communities like Berkeley Springs in ways that are largely incalculable.

Before, during, after its primary period of operation from 1965 to 2005, the area known as Coolfont Resort has enjoyed a unique role as witness to the rest and relaxation of some of the United States’ most powerful leaders. Whether it be a prominent author seeking to save the planet or a wayward presidential successor, Coolfont has played host to any number of individuals whose decisions have influenced the course of world events in ways both big and small. Its planned reopening in 2019 will allow visitors the opportunity to explore every historic corner of its environs.