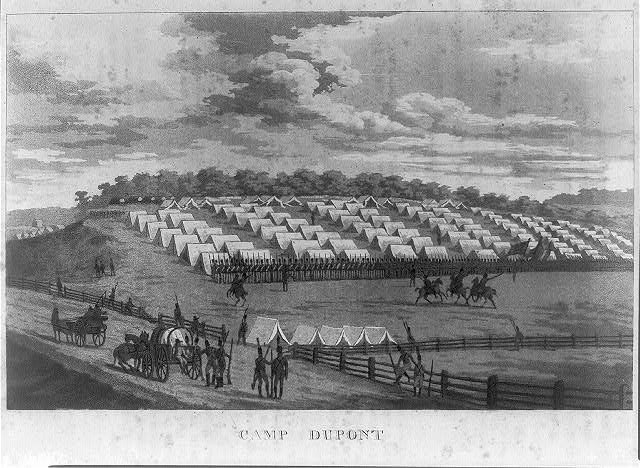 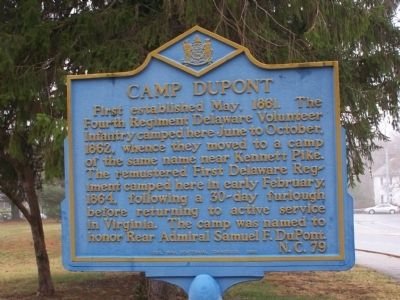 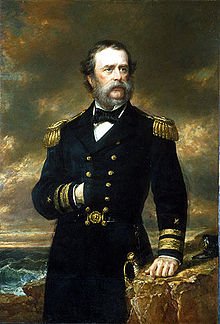 During the Civil War, the Fourth Regiment Delaware Volunteer Infantry camped at Camp DuPont from June to October 1862.
The Fourth Regiment Delaware Volunteer Infantry was created in Wilmington, Delaware in 1862.  They fought battles throughout the east.  Four officers and 80 enlisted men were killed by battles and disease.  This regiment was originally the First Regiment, Delaware Infantry in 1861.  They were responding as volunteers to Abraham Lincoln's request.  The unit consisted of 780 volunteers to help "put down the rebellion."
It is named after Rear Admiral Samuel F. DuPont.  He spent close to 22 years on active duty at sea and another eight years on shore in the Navy.  He was connected to the capture of Port Royal in November 1861.  He was in command of the South Atlantic Blockading Squadron.  In August 1862, he was nominated by Abraham Lincoln one of the nine Rear-Admirals.