Situated in an elbow of the Potomac River on 3,500 acres of forested hills near the town of Hancock, Maryland, the Woodmont Natural Resources Management Area (NRMA) was for over a century the property of the Woodmont Rod & Gun Club. The club was founded in 1870 and operated as a hunting lodge for America’s rich and famous. The organization hosted a veritable bevy of D.C. dignitaries, Hollywood celebrities, and legendary athletes in the early 20th century. The club was formed after a chance encounter on a D.C. streetcar between U.S. Rear Admiral Robley Evans and Southern aristocrat Robert Lee Hill. The club was later purchased by a group of wealthy sportsmen led by local Hancock industrialist Henry Bridges in 1908. The Woodmont Rod & Gun Club remained in operation until the land’s sale to the Maryland Department of Natural Resources in the 1990s. Six U.S. presidents, the comedy duo Amos & Andy, Babe Ruth, and Richard Mellon were all guests at Woodmont during their time hunting the surrounding forests. The club’s adoption of an ambitious, extensive, and largely successful wildlife preservation program under the guidance of majority shareholder Henry Bridges after 1908 has also contributed to a thriving local ecosystem in the present day. Now operated as part of Fort Frederick State Park, two thousand acres of what is now the Woodmont NRMA are open to the public year-round. The Woodmont Chapter of the Izaak Walton League of America utilizes the remainder from October 1st to March 31st for hunting season but opens it for public use for the rest of the year. The Maryland State Parks System hosts a variety of events throughout the year, and generally opens the former Woodmont hunting lodge once a year in September.

The Woodmont Lodge in 1930, a little over a decade after its reconstruction by Henry Bridges. Courtesy of the Washington County Historical Trust. 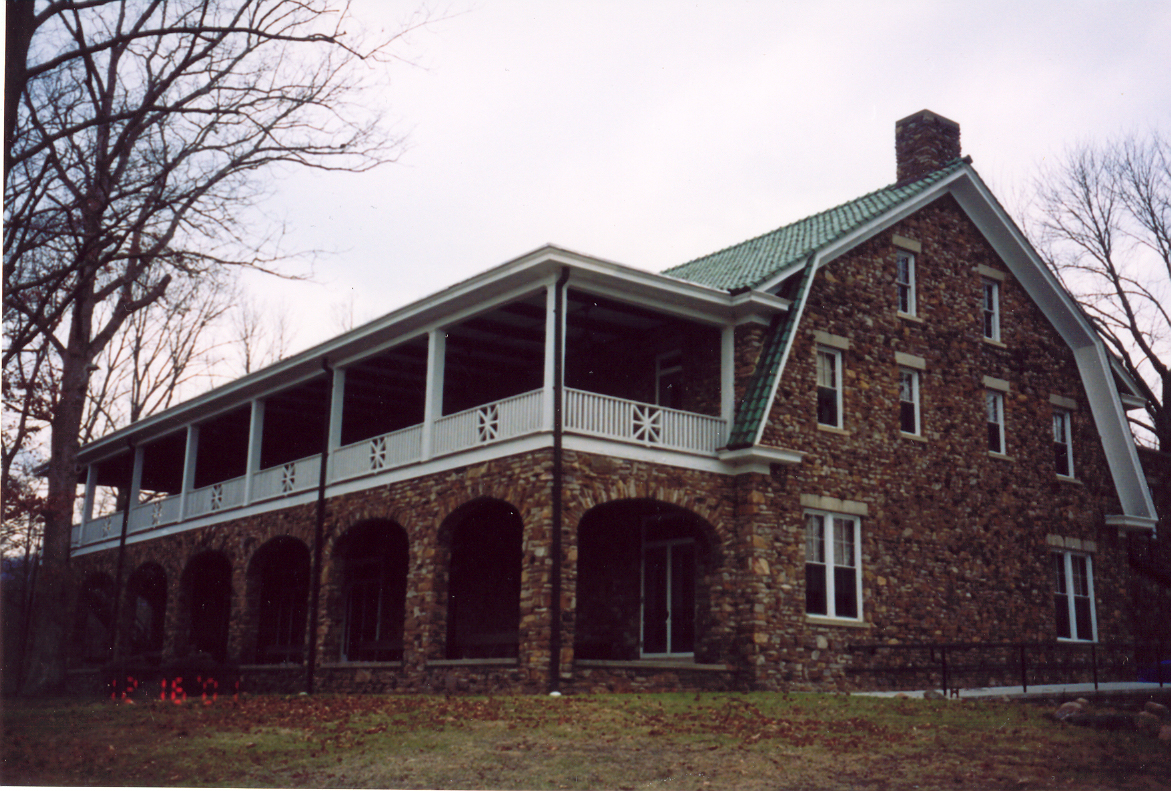 The President's Chair at Woodmont Lodge, at which six U.S. presidents have sat. Courtesy of The Frederick News-Post. 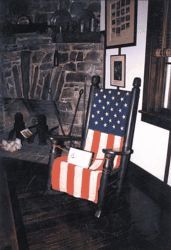 Purchased in 1870 by a group of D.C. outdoorsmen led by U.S. Rear Admiral Robley Evans, the land now known as the Woodmont Natural Resources Management Area served for over a century as the hunting preserve of the Woodmont Rod & Gun Club. During its time in operation, the Woodmont Rod & Gun Club hosted a number of important guests, from politicians and industrialists to athletes and actors. It also during this time acted as the center of operations for the Woodmont shareholder Henry Bridges’ wildlife preservation program, which bred thousands of wild turkey, deer, and a number of other species for introduction to nature preserves across the United States. These programs continued and expanded after Bridges’ death in 1957, finally coming to an end with the land’s sale to the state of Maryland in 1995. Since then, the land has been operated as part of the state parks system.

Robert Lee Hill, the owner of what is now the Woodmont NRMA prior to its use by the Woodmont Rod & Gun Club, arrived to the area on the eve of the American Civil War. Born to a wealthy family in antebellum Virginia, the sixteen-year-old Hill retreated to the foothills of western Maryland in an effort to avoid the conflict engulfing his native state. Hill lived in a log cabin in the forests of Sideling Hill just a few miles from the nearby town of Hancock for nearly a decade before reentering society. Shortly after doing so, Hill met Rear Admiral Evans on a D.C. streetcar, where the two struck up a conversation about their mutual love of hunting. Upon hearing Hill’s tales of the game to be had on his land in western Maryland, Evans convinced a small group of likeminded individuals in the D.C. area to take Hill up on his offer to hunt his property. After a successful first outing, Evans convinced his compatriots to form the Woodmont Rod & Gun Club, which purchased a parcel of 3,500 acres surrounding Sideling Hill for use as a hunting preserve and chose a 140-year-old log cabin on the property as its first clubhouse.

The club remained there until 1872, when it moved into the recently completed Woodmont Lodge. The first iteration of the lodge stood for thirty-one years, during which time the club invited four men (James Garfield, Chester Arthur, Benjamin Harrison, and Grover Cleveland) to sit in what they called “The President’s Chair,” a specially designated seat upon which was affixed a silver plate commemorating each American president that had occupied it. The President’s Chair was one of the few club possessions to survive the fire that destroyed the Woodmont Lodge in 1903. Unable to agree on the future of the club in the wake of the fire’s devastation, its members chose instead to sell the entire preserve, which it did in 1908.

The land’s new owners continued to operate as the Woodmont Rod & Gun Club under the leadership of outdoorsman, conservationist, and local industrialist Henry Bridges. Working at the time as an attorney in Baltimore, Bridges was the heir to a family fortune built from mining sand for glass manufacture in nearby Berkeley Springs, West Virginia (an operation known as the Pennsylvania Glass Sand Company, now U.S. Silica). He had also in his youth briefly operated a self-financed zoo on the outskirts of Hancock, Maryland, an early experience in wildlife management that fueled his subsequent endeavors with the Woodmont Rod & Gun Club. Bridges continued many of the club’s traditions, inviting two more U.S. presidents (Herbert Hoover and Franklin Roosevelt) to visit the new lodge during his time at the club’s helm and personally supervising hunting forays with its more illustrious guests. Bridges often used such visits as opportunities to showcase the success of his ventures in wildlife preservation, particularly his nationally renowned wild turkey and deer breeding programs (which shipped thousands of turkeys and deer to parks and preserves across the United States every year of its existence). Both programs continued for almost forty years after Bridges death in 1957, ceasing operation with the sale of the land surrounding the Woodmont Lodge to the Maryland Department of Natural Resources in 1995.

The Woodmont Rod & Gun Club was born in the early years of a movement within the United States to preserve a natural landscape that many Americans perceived as vanishing with the spread of new industrial technologies across North America. This “wilderness” movement, as it was called, led to the creation of not only the Woodmont, but a variety of similar ventures throughout the country. The popularity of such clubs only increased with the growth of support for conservationism nationwide in the early twentieth century, but in the post-World War II era enthusiasm for activities like hunting began to wane. Bridges was unable to convince Franklin Roosevelt’s successor Harry Truman to visit the Woodmont, and his efforts were similarly fruitless with Eisenhower. Still, after Bridges’ death in 1957, Bridges’ fellow shareholder E.T. Andrews took over operations at the club, expanding the turkey and deer breeding programs and hiring a professional biologist to oversee them. Eventually, however, the membership’s waning interest in the club convinced its shareholders to consider selling the lodge and surrounding land. In a multimillion-dollar deal between the state government and the Izaak Walton League of America, the Department of Natural Resources was able to incorporate the 3,500 acres around the Woodmont Lodge into the Maryland State Parks System.

The site of what is now the Woodmont Natural Resources Management Area reflects the development of the conservation movement in early twentieth-century America. Its role in encouraging and sustaining the growth of the local ecosystem in western Maryland, and in any number of the ecosystems of the Woodmont breeding programs’ clients across the United States, is nearly incalculable. Its value as a repository for presidential and celebrity material culture from the turn of the twentieth century is likewise inestimable. Visitors interested in history and the outdoors alike will find something to enjoy during the Woodmont NRMA’s many events open to the public and during its posted operating times throughout the year.