The First Creek War marker was erected in the Baldwin County Bicentennial Park in Alabama. It was erected in 2010 by the Order of Indian Wars of the United States Chartered 10 June 1896. This marker is to honor the memory of those soldiers and settlers who fought in Alabama to establish our American liberties in the First Creek War in 1813-1814. It has the name of 17 different battles that were fought in 1813-1814 in Baldwin County and throughout Alabama in this short war.

This is the front side of the Marker. 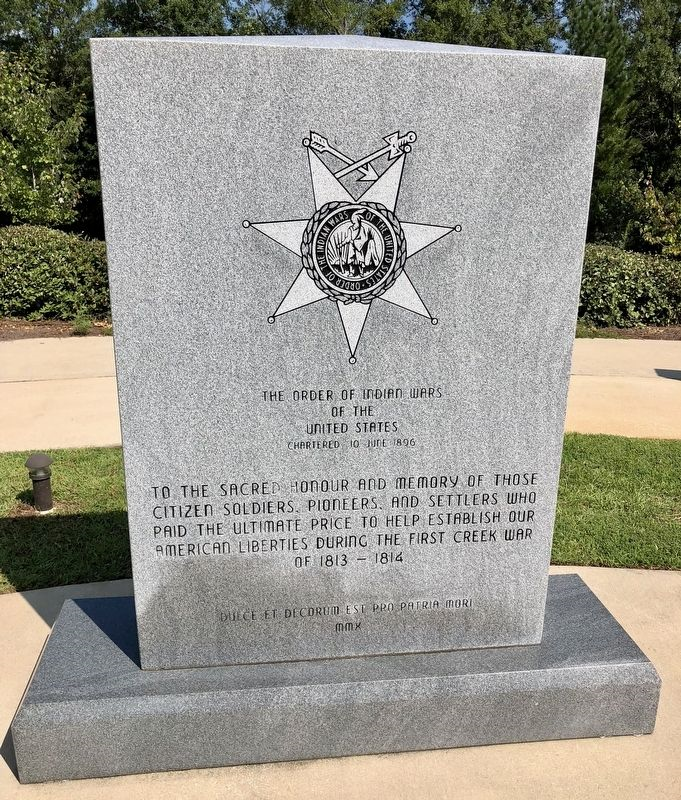 This is the back side of the marker with each battle engraved. 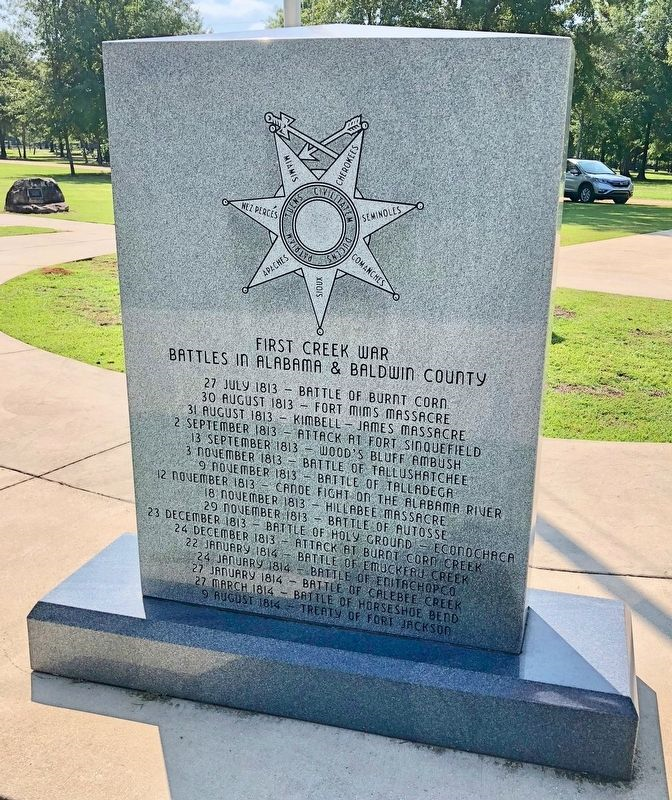 The First Creek War marker is the second to the right from the flagpole. 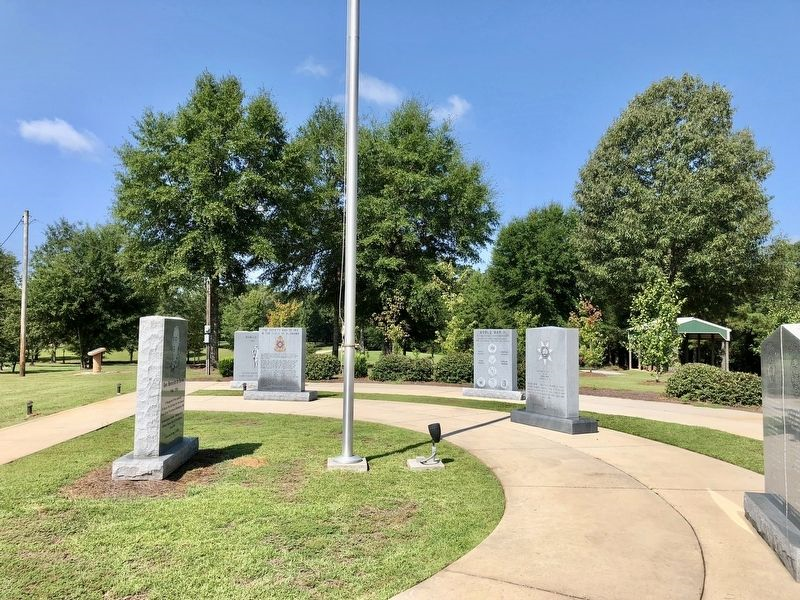 The First Creek War was a serious of battles fought in Alabama in 1813-1814 that resulted in Victory over the Creek Indians. The Creek Indians were allies to the British during the war of 1812. The defeat of the Creek Indians resulted in large cession of the land they had in Alabama and Georgia. The Shawnee Leader Tecumseh went tot the south to warn other natives about the danger that the whites were bringing to their culture.

The Creek Indian formed many factions to fight against the white settlements. A faction called the Red Sticks would prey on white settlements and even other Creek Indians who didn't agree with them. On August 30, 1813, the Red Sticks made a surprise attack on the white frontiersman at Lake Tensaw, North of Mobile, Alabama. This was later known as the Ft. Mims Massacre. This caused the southern states to respond very harshly.

Gen. Andrew Jackson had an army of 5,000 militiamen. Gen. Jackson and his army were able to take out the two Indian villages of Tallasahatchee and Talladega. The next spring, on March 27,1814, The Battle of Horseshoe Bend started. Jackson's power and numbers were superior to those of the Creek Indians. They were able to kill over 800 and imprisoned 500 women and children. This was the end of the Indian's power in the Old Southwest.

The treaty of Ft. Jackson required the Creek Indians to cede 23 million acres of land. This took up more than half of Alabama and part of Southern Georgia. A lot of that land had previously belonged to Indians that were at one point allies with Jackson.

These are just some of the main battles that made up the First Creek War. There were 17 battles in this war that are forever memorialized on this Marker in the Baldwin County Bicentennial Park.