Hotel Fort Des Moines has been a Des Moines landmark since it was built in 1919. Local architect firm Proudfoot, Bird & Rawson designed it and its construction was financed by a number of notable businessmen. The hotel is eleven stories tall, reaching a height of 140 feet, and is in the shape of an "H". At the time of its completion, the hotel was the largest in Iowa. It temporarily closed in 2015 so that an extensive $50 million dollar renovation project could begin. As of April 2019, it is unclear when work will be completed. Several presidents and celebrities have stayed at the hotel including Harry Truman, George H.W. Bush, Charles Lindbergh, Elvis Presley, and even Soviet Premier Nikita Kruschev. The large ballrooms were used for caucuses and political rallies. The hotel was added to the National Register of Historic Places in 1982.

Hotel Fort Des Moines was built in 1919 and has remained a key landmark in the city's history. 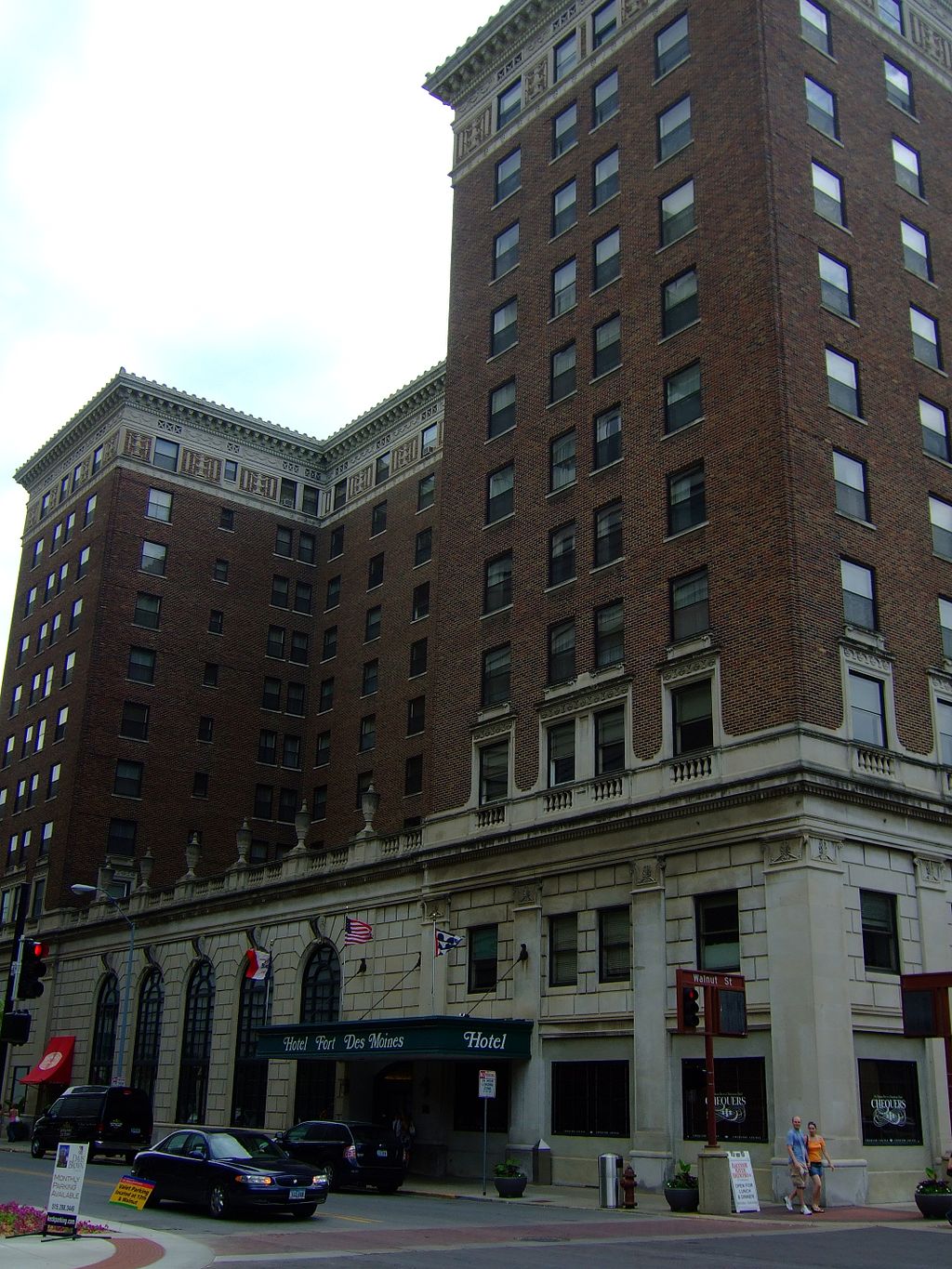 Renovations began because the hotel was in a serious state deterioration (for example, elevators were not working nor were phones in hotel rooms) that was hurting its reputation. As a result, the hotel has been receiving a complete overhaul from top-to-bottom, including the restoration of the two-story lobby, which was turned into one story in 1962 to create more meeting space.