Founded in 1922, Camp Caesar is a popular 4-H summer camp in Webster County, WV along the Gauley River. The camp still features original structures from the 1920s. During President Franklin Roosevelt's administration, the camp was leased to the National Youth Administration and used to train unemployed young men. Camp Caesar also hosts events like the West Virginia state conservation camp and the Webster County Fair. The site was added to the National Register of Historic Places in 2009. 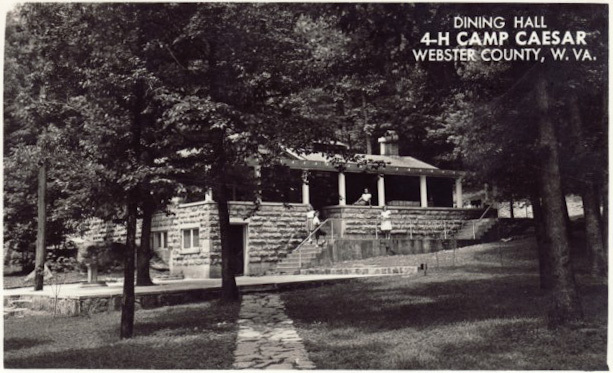 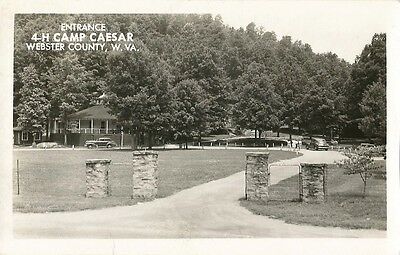 Camp Caesar is located on the Gauley River, just outside the town of Cowen, WVa. It was founded in 1922 by members of the local Farm Bureau and Julius A. Wolfram as the Webster County 4-H Camp. The camp's facilities were built on land donated by J.N. Berthy and C.D. Howard. When the camp was started, it was constructed of a small collection of simple sheds and tents. As the camp grew in popularity, more permanent structures were built to hold campers. Gregory Hall, built in 1924, is one of the earliest examples of the camp's growth and is still standing. This expansion was facilitated by funding and support from the Works Progress Administration and the National Youth Administration. Before the 1950s, Camp Caesar had begun to host groups of as many as 300 people.

Though development of the property was permanently slowed during World War II, Camp Caesar has been able to maintain updates and erect several new structures like a conference building and administration building. The property still retains many structures dating back to 1915, before the camp was developed.

The movement to develop 4-H programs began to develop in the 1890s across the rural United States. The goals of the programs were to offer educational and enriching programs that connected youth to the natural environment. Most programs were begun as after-school clubs rather than camps. Programs in West Virginia were beginning to develop in 1907 with support from the WVU Extension Department.

The first 4-H camp to ever take place occurred in Randolph County, West Virginia in the summer of 1915. Run by Verus and Bess Shipman, the camp offered students opportunities to fish, hike, swim, and camp. The success of this first camp sparked the further development of the idea across the state. Following the example of the successful statewide 4-H camp in Jackson's Mill, Camp Caesar was developed after the success of several temporary summer camps in the area. It was given its name after the nickname of Judd Wolfram, the first agricultural agent of Webster County. During Franklin Roosevelt's time as president, Camp Caesar served as a training site for the National Youth Administration who assisted unemployed young men.

To the camp covers 300 acres with facilities able to host over 400 attendees. It remains a popular site for 4-H camps as well as the West Virginia state conservation camp. The property also hosts Camp Lincoln, a WV Republican Party youth camp and the Webster County Fair. Camp Caesar was added to the National Register of Historic Places in 2009.