Dedicated in 1993, this marker shares the story of Mary Anna Campana, a world record holder in aviation and a pioneer for women in the field. The Youngstown-raised Campana was one of the first women to pilot for the state of Ohio. Mary would break the world record for flight time in 1933 by flying for twelve straight hours before a storm forced her from the air.

The marker is located at the entrance to the airport and was dedicated in 1993. 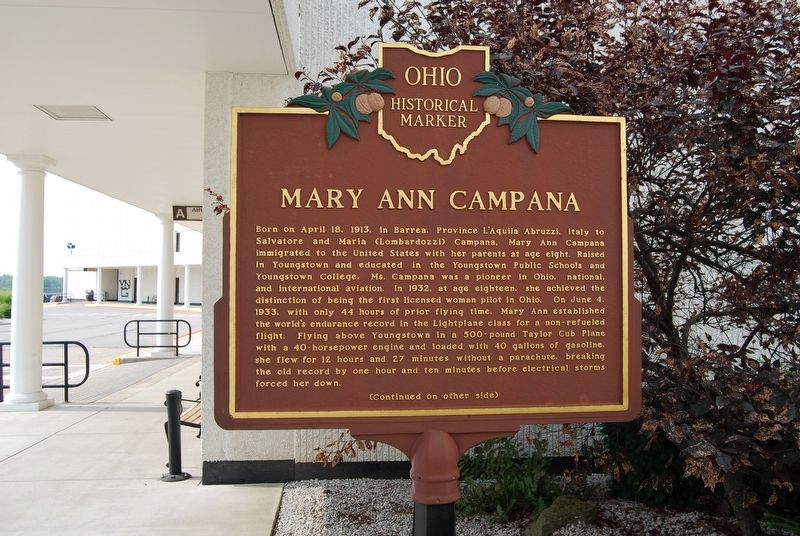 Mary Campana was born on April 18th, 1913 in Italy. At the young age of 8, her family immigrated to the United States. The future pilot took a strong interest in flying from an early age. She would go onto to be the first female pilot on record in the state of Ohio at the age of 18 in 1932.

At the time, flight records were being set and broken. Mary would soon represent the state by setting one of her own. At the age of 19 with a meager 44 hours of flying time, she established the light airplane endurance record of 12 hours and 27 minutes.

Taking her 500 pound Taylor Club Plane, she was able to beat the previous record by one hour and ten minutes before poor weather conditions forced her to land. She would go on to become a successful businesswoman after her flying achievements.