The Texas Woman’s University Music Building was built in 1936 as part of the New Deal project. It was the second of three buildings built as part of the Public Works Administration money allocated to University and is modeled closely to resemble the Fine Arts Building. This three-story building includes practice rooms, performance halls, and offices for the faculty and students alike. It currently serves as the main hub for music classes on campus. It is the home to many students who are pursuing a variety of degrees from Music Therapy, Liberal Arts, Pedagogy, and Music Education.

Building of the pipe organ in the Music Building. Unknown Date. Courtesy of the Texas Woman's University Woman's Collection 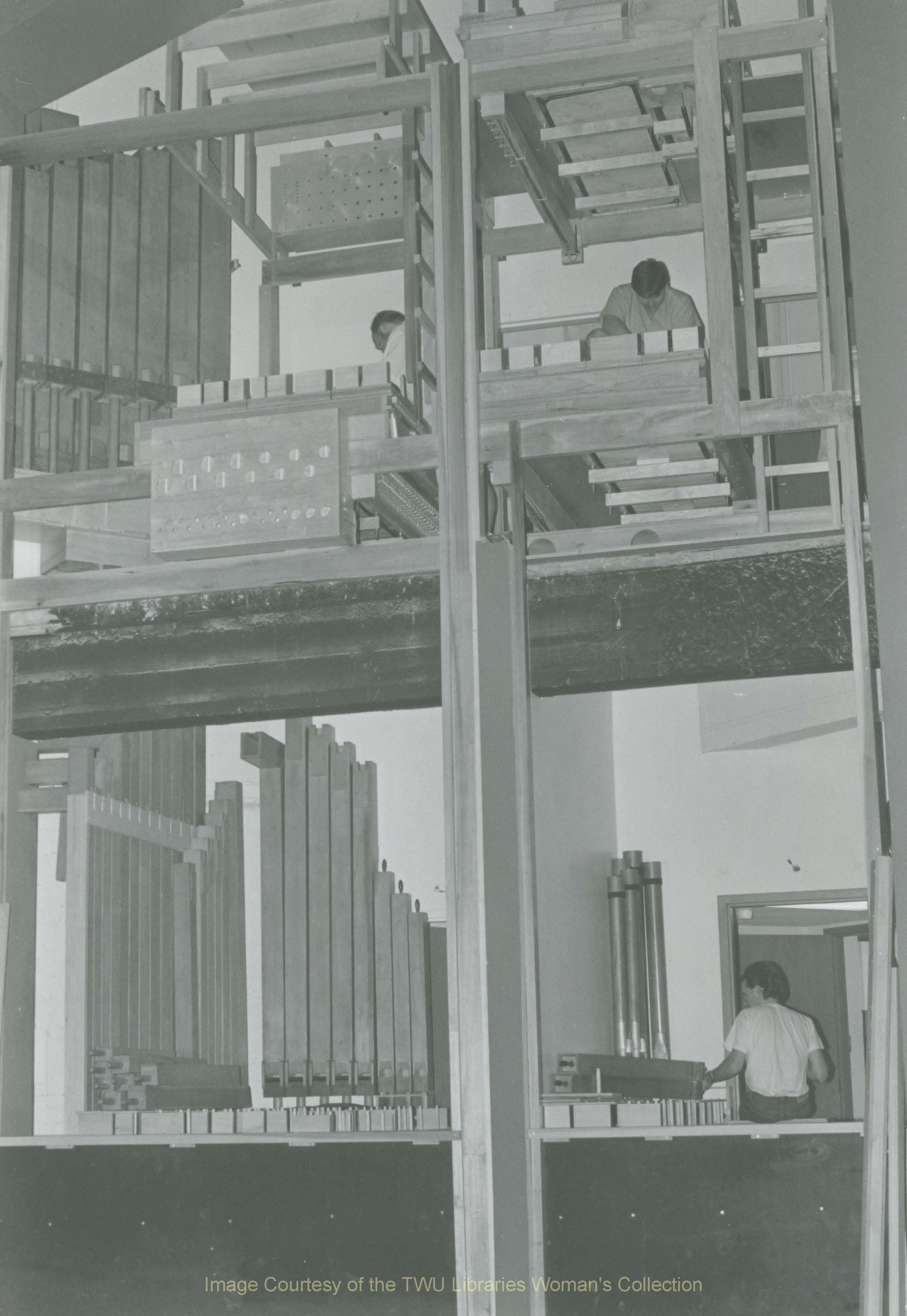 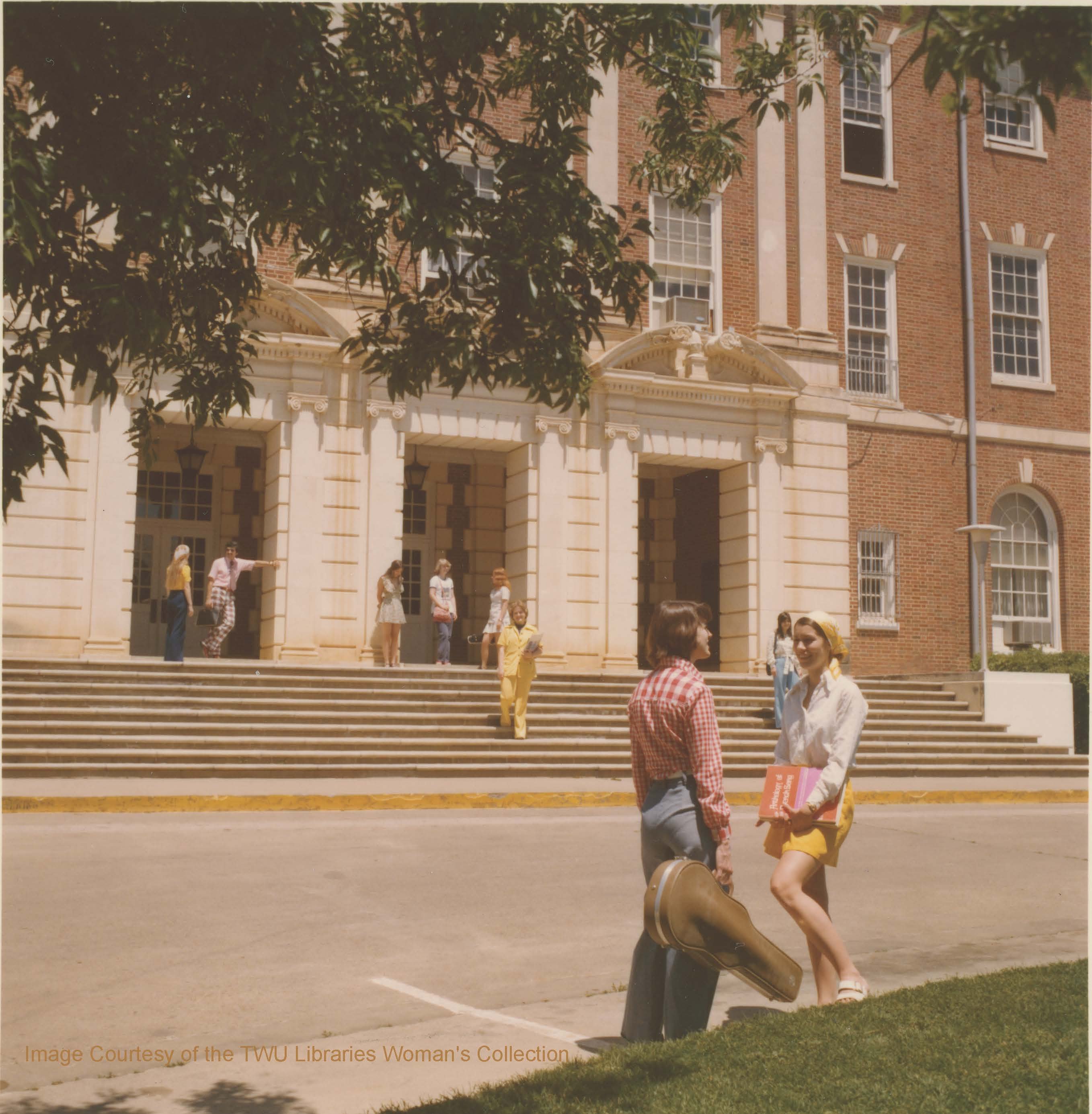 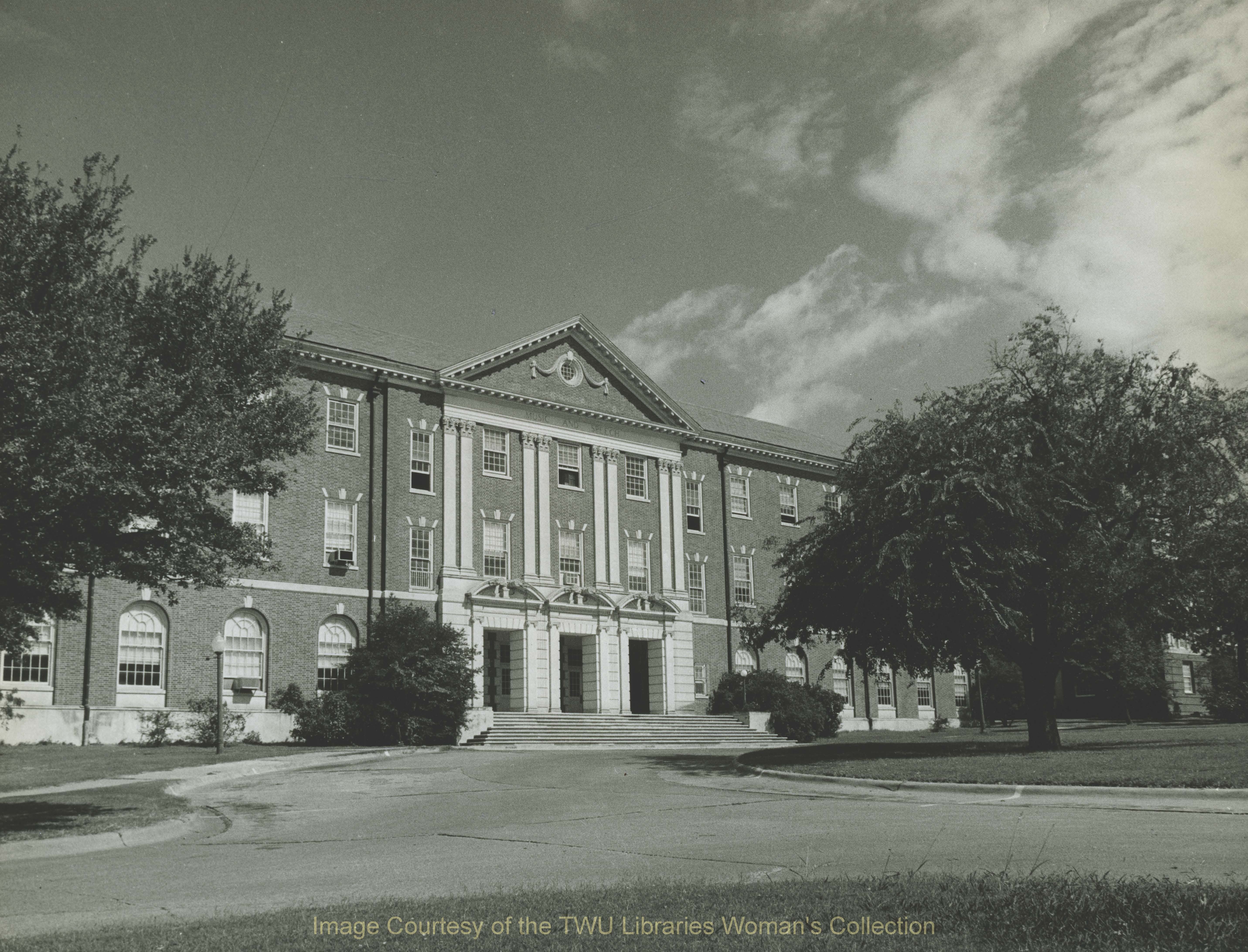 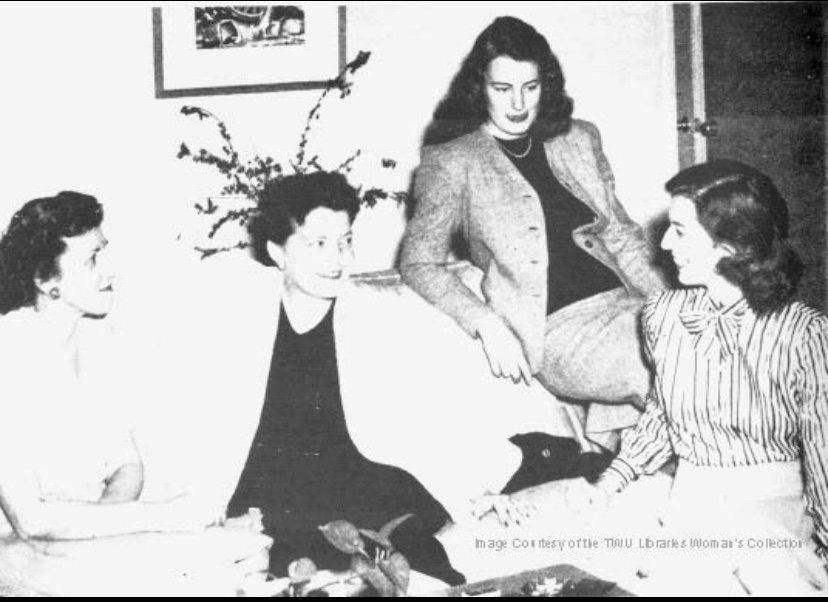 The Texas Woman’s University Music Building lies on the south-west side of campus, about a mile north of the Denton County Courthouse. Prior to construction, TWU housed both the speech and the music students in wooden frame buildings, as the University had no official place for them to stay. The Music Building was built on as an addition to the Main Auditorium, which was built over a decade earlier. The facility was going to be erected at the same time as the Auditorium, but the project was abandoned due to lack of funding caused by the Great Depression. The construction of the facility resumed in the winter when the University president L. H. Hubbard showed renewed interest in the cultural project and officially secured a $165,000 budget. This budget included Public Works Administration money and also a grant of $536,360.

L. H Hubbard not only ordered the construction of the Music Building, but several other structures during this time period. Hubbard envisioned this area of campus to be known as the “cultural center,” which would contain the Music Building, Bralley Memorial Library, the Fine Arts Building, and the Pioneer Woman Statue. To continue this unity of the circle, all facilities in this area were modeled in similar style and architecture to the other buildings that were previously built. Hubbard's "cultural center" of buildings is now known today as Pioneer Circle, and is used for a variety of University events today.

Students moved into the Music Building over the course of a year after the construction was completed.The original construction of the facility provided several practice rooms, recital spaces, classrooms, a recital hall, and the auditorium. Today, after several renovations over the years, the Music Building  provides students with three usable floors containing additional facilities such as several music offices, a student lounge, more practice rooms, a modern technology lab, Eberly Hall, an instrument resource room, two ticket booths to sell tickets to patrons, and most importantly an updated entrance/lobby to the present-day Margo Jones Auditorium

Margo Jones Auditorium, formerly known as the Main Auditorium, was originally built in 1922 and could seat over 1,900 people on the first level and 600 people in the balcony area. The auditorium was renamed in 1982 after alumnae Margo Jones, who is known for her lasting artistic and social impact on American Theater in the 1940s and the 1950s. Margo is best known for premiering The Glass Menagerie  and Summer and Smoke written by Tennessee Williams, as well as saving several theater productions such as Save the Inherit Wind from obscurity when they were rejected at Broadway. She contributed largely to the arts, but little did she know her impact on the social movements at the time.Today, Margo is recognized as the "theater evangelist" for her desegregation of Dallas audiences and being one of the first directors to hire local Black actors to professionally perform in productions.

Present-day Margo Jones seats up to 1,117 people and has been fitted with state-of-the-art technology to give viewers an enhanced cultural experience . Due to L.H Hubbard's cultural advocacy during his presidency, the Auditorium has held appearances from world renowned composers like John Phillip Sousa to speakers like Eleanor Roosevelt, and continues to hold a variety of performances from the TWU Music and Dance department today.