Constructed on Bell Avenue in 1959 the Redbud Auditorium provided a smaller auditorium space to the Texas State College for Women's campus. The building housed laboratory space for speech, drama, television and radio majors. Although removed due to an abundance of asbestos in 2008, the Redbud Theater trained many students for promising careers in the dramatic arts. 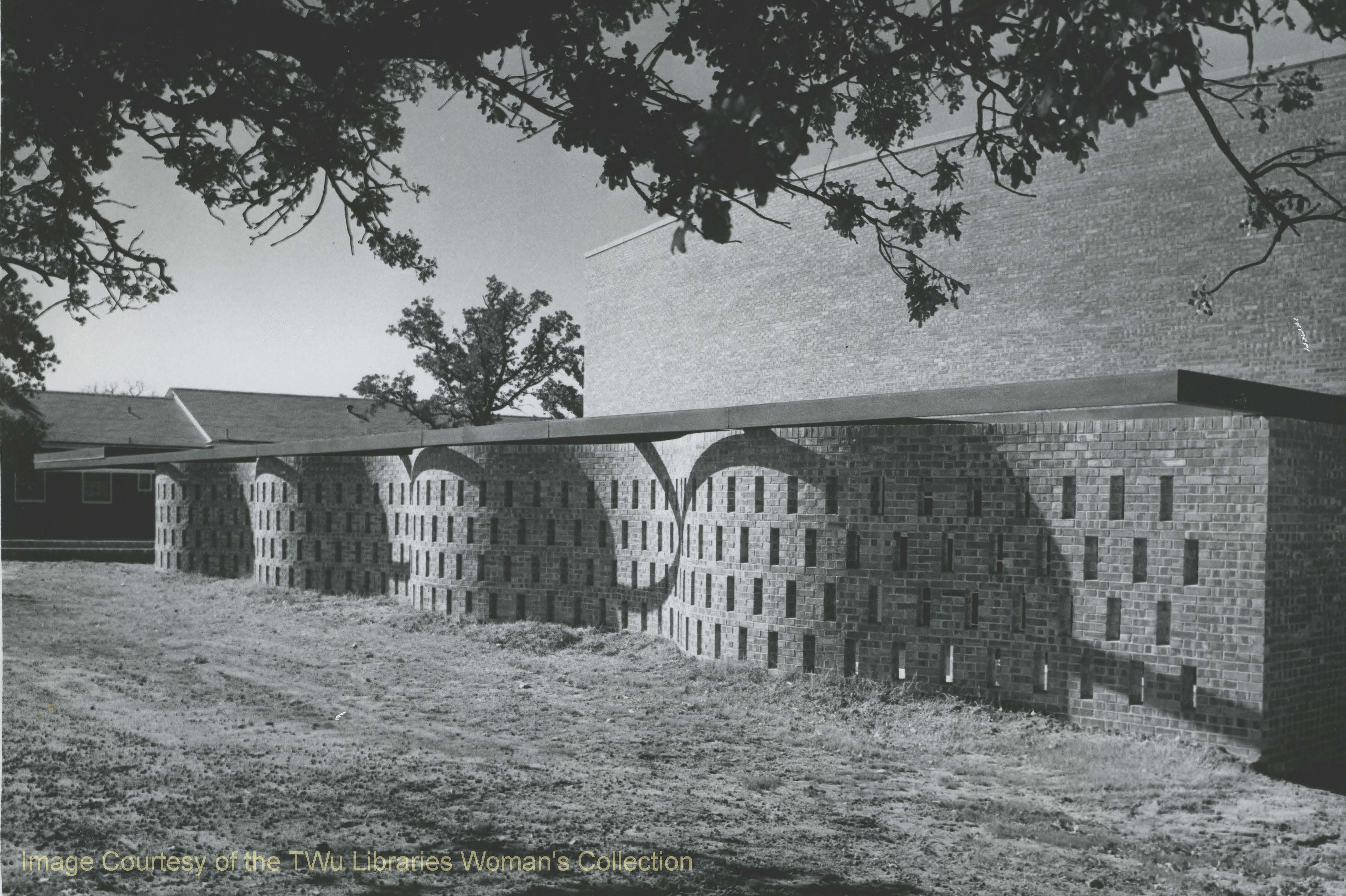 One of the main entrances to the old Redbud Auditorium Building. -Courtesy of TWU archives. 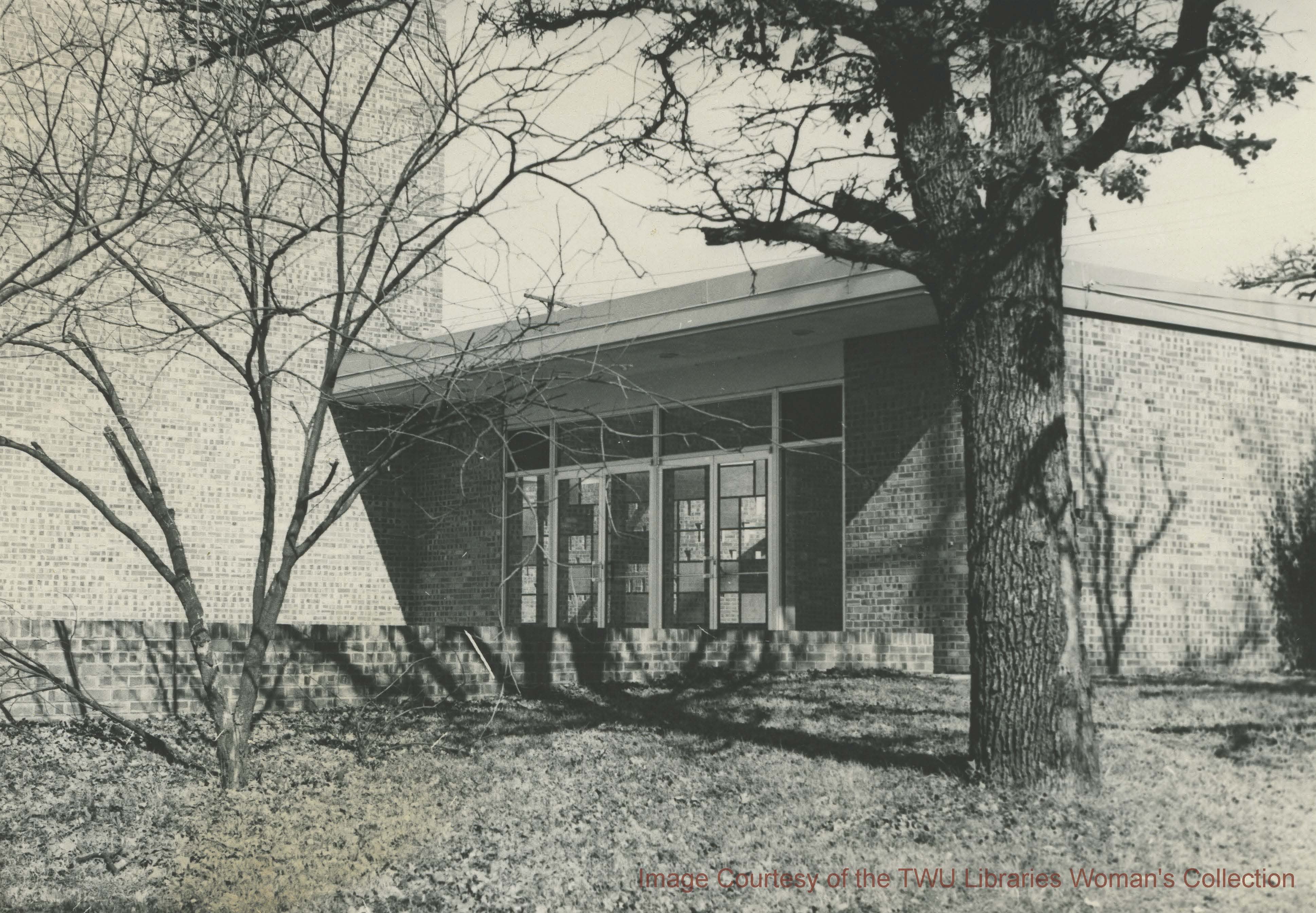 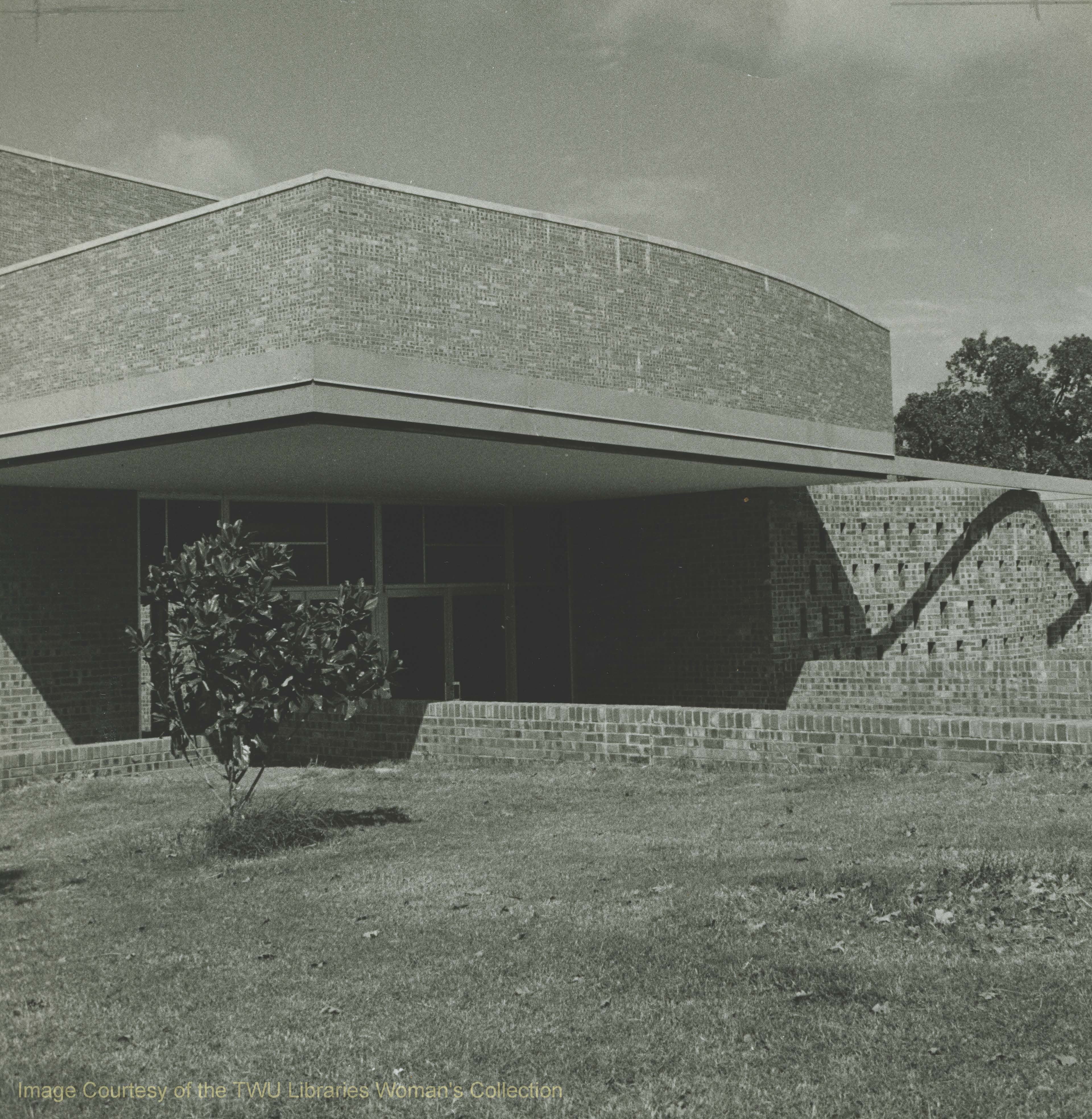 The Redbud Auditorium was built to provide a new dramatic art building on the Texas Woman's University campus. The new dramatic arts building was constructed to provide a small 332 seat auditorium space as well as laboratory space for speech, drama, television and radio majors. The Redbud building was announced in the TWU bulletin in August of 1957 under the University's president John A. Guinn. It was one of the first buildings constructed under his administration. The building was built in 1959 on Bell Avenue in between the Little Chapel in the Woods and the University Hospital.

The Redbud Auditorium had a different architectural style than that of older TWU buildings. The Redbud had a contemporary look with a brick ribbon wall alongside the building. The style of the Redbud auditorium was modern for its time; complete continental seating containing 332 seats in total. The second floor in the theater contained three separate rooms an office, a light booth, and a sound booth.

The Redbud Auditorium was used for many purposes including laboratory space, theater productions, seminars, lectures, and guest speakers. Drama events put on at the Redbud Theater included the district American College Theater Festival competition, Choralier Concerts put on by the TWU show choir, and Musicals such as Peter Pan and Robber Bridegroom. The laboratory spaces housed an estimate of 100,000 dollars worth of television equipment. It included a closed-circuit color television installation designed for instructional television use in the 1970s. For its last years, the auditorium building was used for storage.

In 2004, it was announced that the Redbud Auditorium would be demolished due to an abundance of asbestos that would have been too costly for the University to undertake. Administrators found new spaces to hold classes and productions until 2007 when the new Redbud Theater opened in Hubbard Hall. Therefore, the 45-year-old Redbud Theater was demolished over the summer in 2008 and was gone before students returned in the fall. Today the TWU Fitness and Recreation center stands on the location that was once TWU’s beloved Redbud Auditorium.