Science Central is a museum dedicated to teaching visitors, especially children, about science and the STEM fields. It features over 200 interactive, hands-on exhibits and offers various science demonstrations in its theater. The museum is housed in the city's first power station called the City Light & Power, which was built in 1908. Some of the station's original equipment still exits and are painted in different colors. 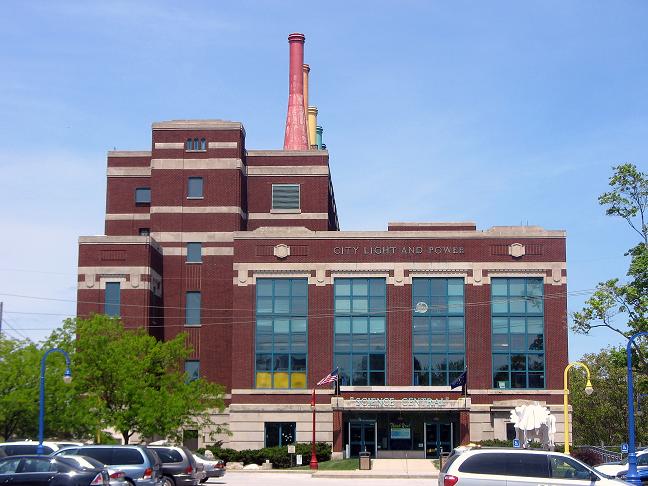 When the station opened, it had two 500 kilowatt coal-powered steam generators and three boilers that provided power to streetlights, schools, and government buildings. The plant was expanded several times during its lifetime to accommodate the needs of the growing city. It reached its peak in the 1950s when it had four generators and five 60 foot tall boilers that produced 47,500 kilowatts of electricity. The plant operated until February 28, 1975 and was leased to a competitor on March 1. The new owner left it vacant and unused and as a result, it fell into disrepair.

Science Center started in 1987 as a non-profit comprised of a diverse group of locals who wanted to establish a science museum. They developed science programs for schools, camps, and public areas. Eventually, they opened the museum in the old power station on November 5, 1995.