Congressman Henry Clay built this one-story office in 1803. Clay moved to Kentucky in 1797 and started a law practice in Lexington shortly thereafter. This small building served as his office from 1803 until 1810 while he served two terms in the Kentucky Legislature from 1806 to 1811. Clay would later become a Representative in the House, Senator, Secretary of State, and a three-time presidential candidate. In 1830, this office was used as part of a larger building, which was later purchased by the State of Kentucky in 1969. The state subsequently removed the 1830 additions and restored it, with work finishing in 1971. Today, the office is owned by the First Presbyterian Church and is one of the oldest professional buildings still standing in Lexington. 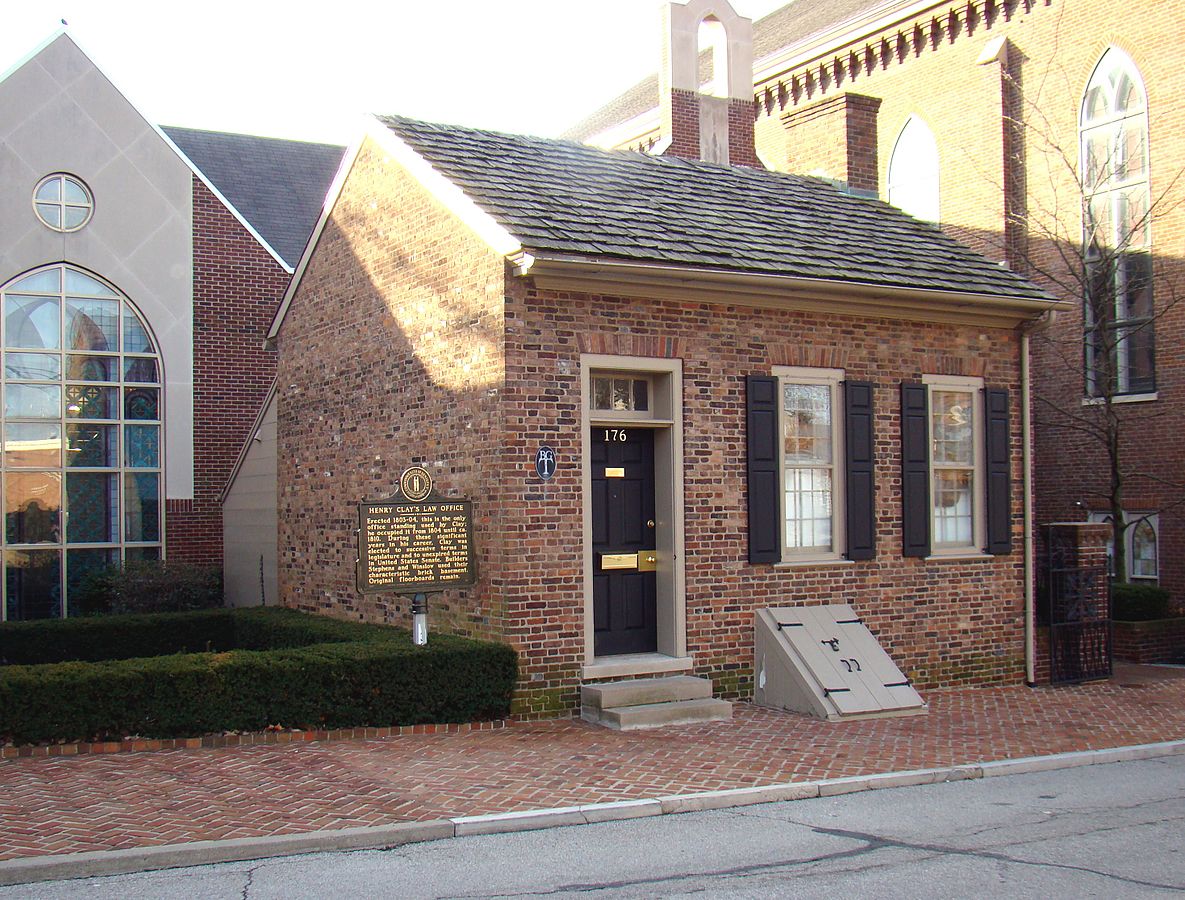 Henry Clay was born in Virginia in 1777 but moved to Kentucky with his family as a young man. He soon set up a law practice and made a name for himself. When a Kentucky legislator left office, Clay was elected to fill his seat in 1806. He took over for another man afterward, serving two partial terms in the state legislature by 1811 when he was elected to the House of Representatives. Clay impressed his fellow Congressmen so much that they voted him Speaker of the House.

Clay would eventually become known as “The Great Compromiser” for his skills in negotiating the signings of treaties and bills. He was a major force behind the Treaty of Ghent, which ended the War of 1812. He also proposed the Missouri Compromise that allowed the state to join the United States as a slave state while creating a division to decide whether future states would be a slave or free state.

After becoming a Senator, the United States became divided once again. California wanted to join the country as a free state, which countered the Missouri Compromise Line. As such, the South refused to support its admittance. Clay devised a series of resolutions, hoping that one would satisfy both the North and the South. Thanks to the influence of Senator Stephen Douglas from Illinois, each proposal was approved in the Compromise of 1850. Clay later died in office on June 29, 1852 from tuberculosis.