Today, visitors are able see the Old Lincoln County Courthouse which is a museum. It also gives details of the Lincoln County War and the historic use of the "House" which was as store, courthouse, and a jail. Now you are able to walk in the footsteps of the most famous person of Billy the Kid, Pat Garrett and a few other people of the Wild West. The Courthouse has been there since 1878 along with the Tunstall Store that was owned by the Englishman John Tunstall, with preserved 19th-century atmosphere.

This is the Lincoln County Courthouse in 1930. However, before it was the Courthouse, this building had served as Murphy-Dolan Store but it later became the courthouse and jail. 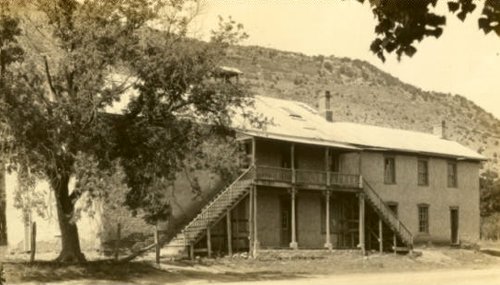 This picture is when Lincoln County was established in 1869. 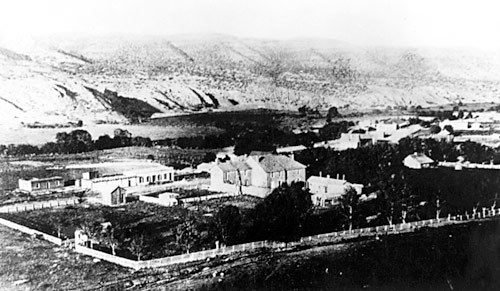 This is Tunstall store museum that features original merchandise from the 19th century. 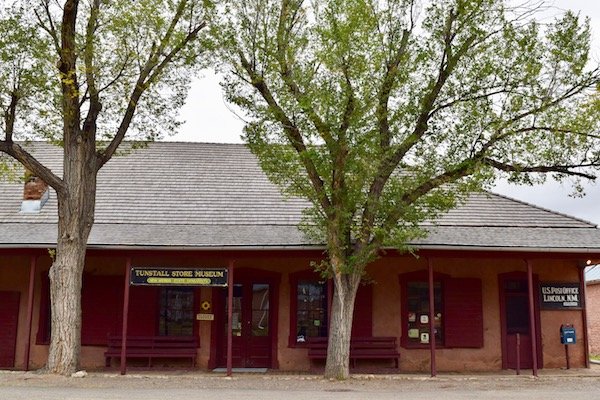 In 1849, Lincoln, New Mexico was settled by Mexicans then reestablished by Anglo-Americans. Lincoln County wasn’t established until 1869 which was four years after the end of the Civil War. The county got its name after President, Abraham Lincoln which was in honor of him. Lincoln, is located west of Rosewell and Ruidoso but south of the Lincoln National Forest. . Around the 1850s, the Native Americans had lived there up until the Spanish Pioneers had settled in Lincoln. Before Lincoln was established, there was another name for the town. It was called Las Placitas del Rio Bonito which means “the village by the pretty river.”
When Lincoln County was formed, the town was populated by a number of cattle barons and cowboys with an addition to the Spanish settlers. Around 1873, two men by the name of Lawrence Murphy and James Dolan had established a store in the town which was known as “The House.” Three years later, an Englishman by the name of John Tunstall came into town. He created competition for the local monopoly that was owned to the main store and had lucrative contracts to the delivery of cattle. This became as a rival for the stores since Tunstall came in and soon turned into what is known as the Lincoln County War. The cause of this conflict was two factions which was political and economic control for the area that lasted about for two years. This was fought sometimes in the courtroom, mostly through cattle rustling, gunfights, and murder.
One of the causes at this time was the murder of John Tunstall on February 18, 1878. His death was the motion of the Lincoln County War, which caused about a quarter of Lincoln, New Mexico population for about five months. In July 1878, the war was at it’s a climax, which the battle that lasted for only five days.  In this five day battle, there were about five people killed and several wounded One of those men that were killed was Dolan who was the first partnership store owner with Lawrence Murphy. The “House” is the spot where they had declared the victory and this battle where Billy the Kid became a fugitive because he murder the sheriff. However, Billy did manage to make a run with a few other men and all were shot. Billy the kid was shot as well liked planned at first because he had murdered Sheriff Pat Garrett and killing the guards.
However, as years have passed the old settlement was referred to as the Lincoln State Monument and was the most visited state monument in the state. In Lincoln, New Mexico historical sites that still there today. There are about 17 structures, outbuildings and there are three museums. One place that is visited the most is the old Lincoln County Courthouse that is located at the end of the Main Street. The Courthouse is where he had escapade with one of the famous bullet holes that was made during his fight. However, besides the courthouse, more of the building that could be visited as well is more of the old buildings in the town which includes Dolan’s old home, the tower for the village, and the Wortley hotel that was once owned by Sheriff Pat Garrett.

Hours and Days of Operations: Open 9am to 5pm, 7 days a week (7 of the 9 buildings begin closing at 4:30pm) Closed New year's Day, Easter, Thanksgiving, and Christmas Day.