The Dance- Gymnastics Laboratory Building is located on Bell Avenue. When Texas Woman's University was adding on, one of the original buildings that was built, was the original Student Union which is now known as the Dance Building. This building has a lot of history to it, such as having classrooms, recreation room, dance rooms, a ballroom, and more. There has always been some type of dancing that was happing in the building. 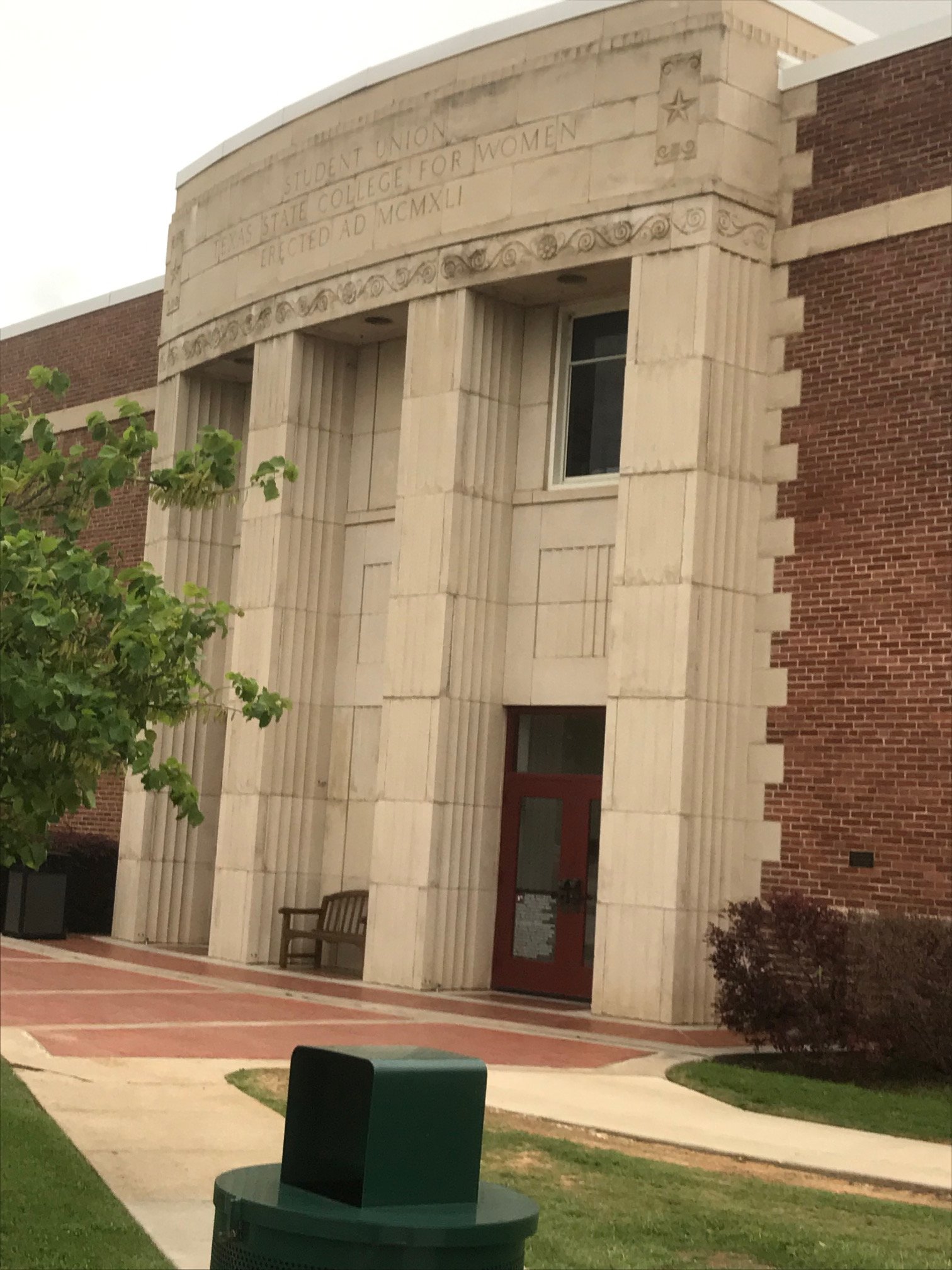 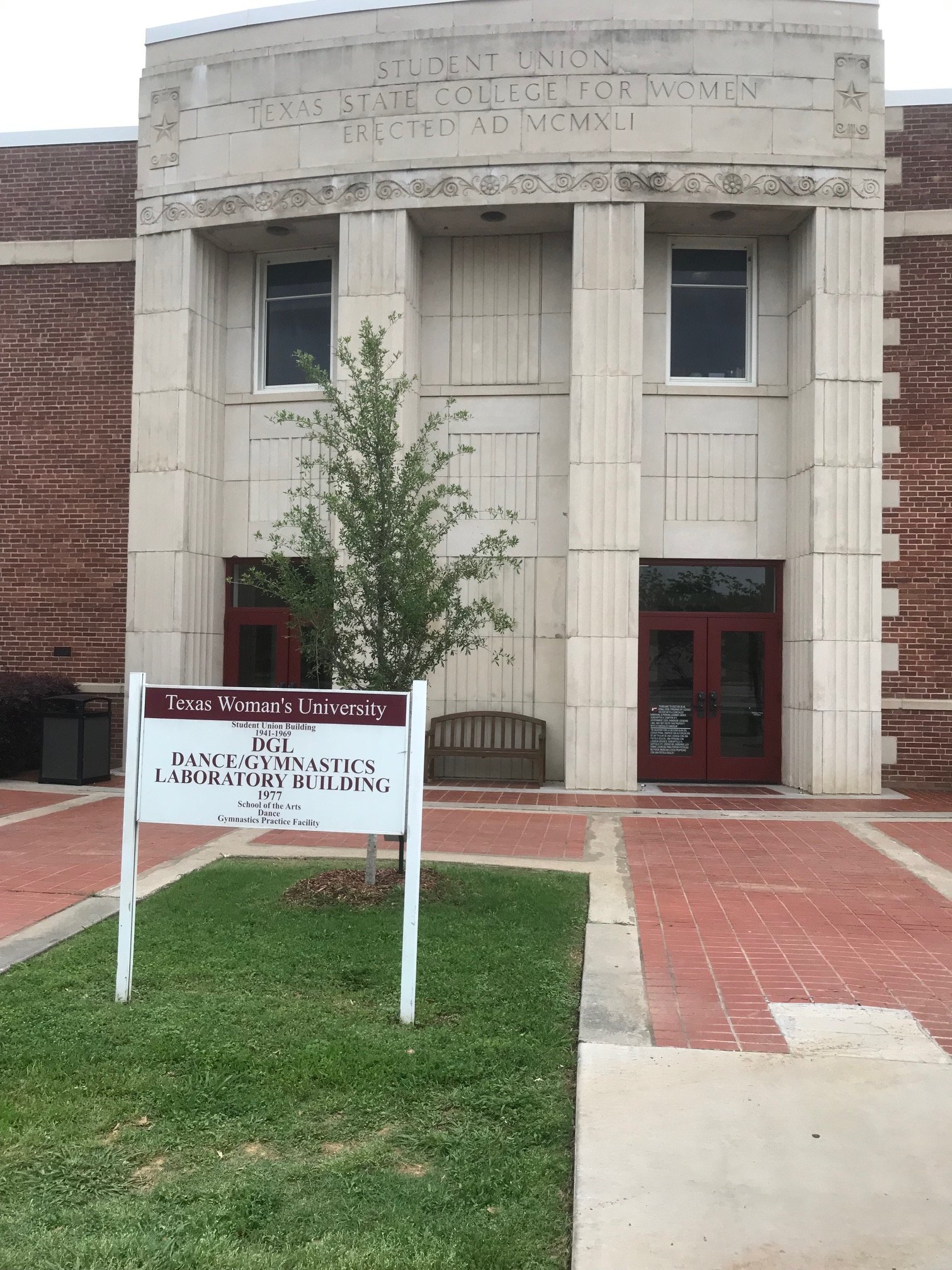 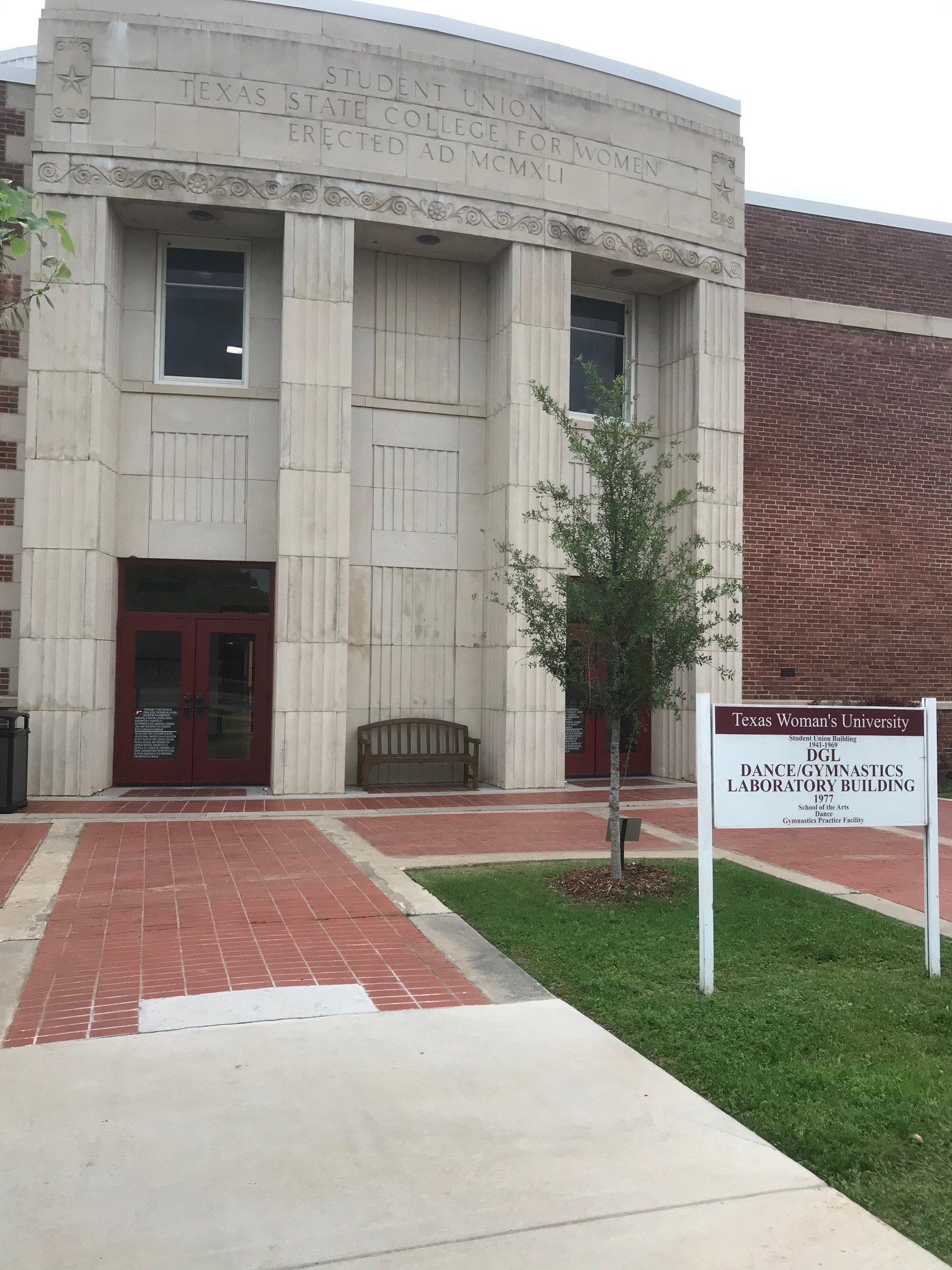 Girls practicing for a dance in the Student Union in 1947. (Credit: 1947 Texas State College For Women Danedalian) 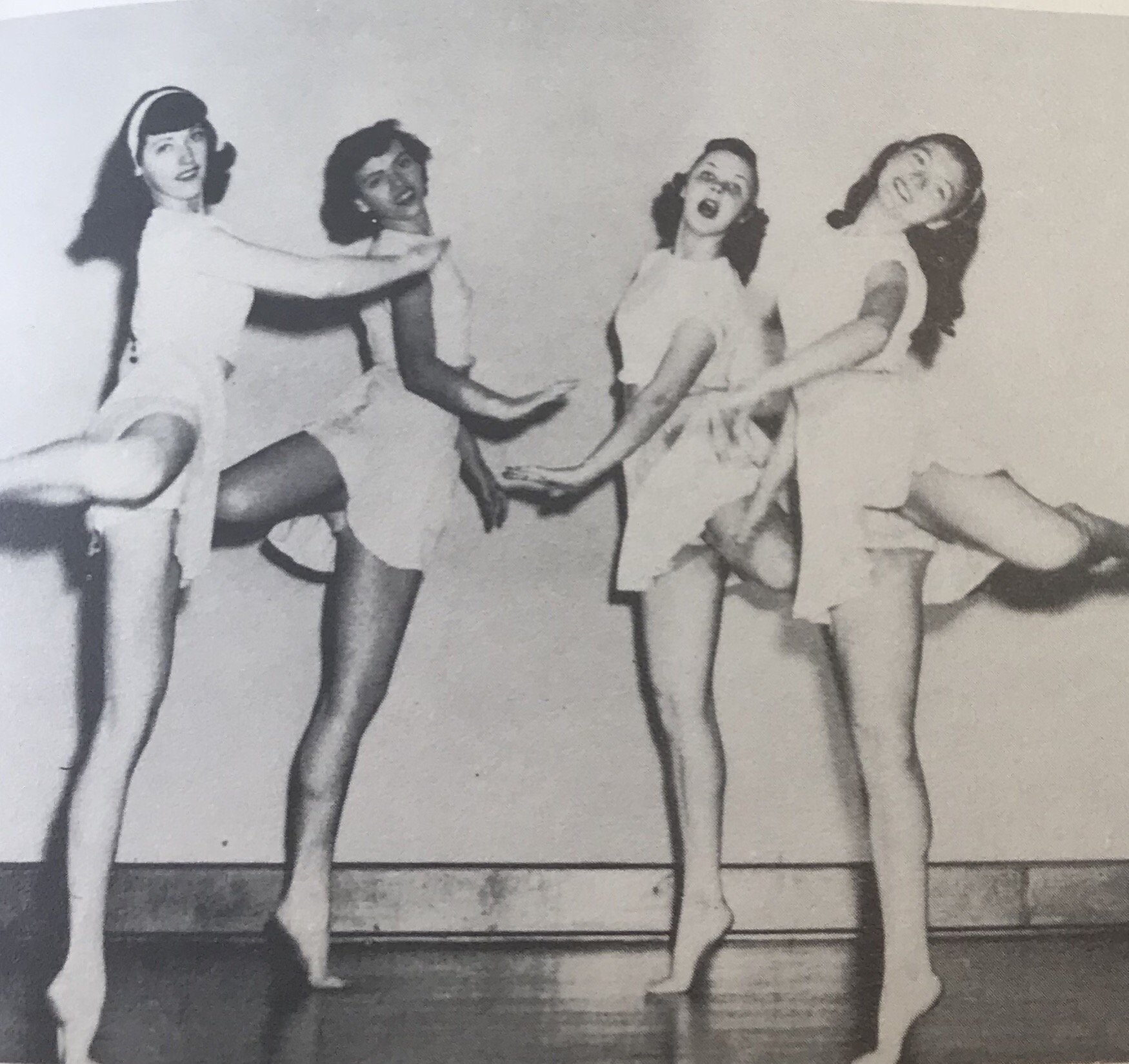 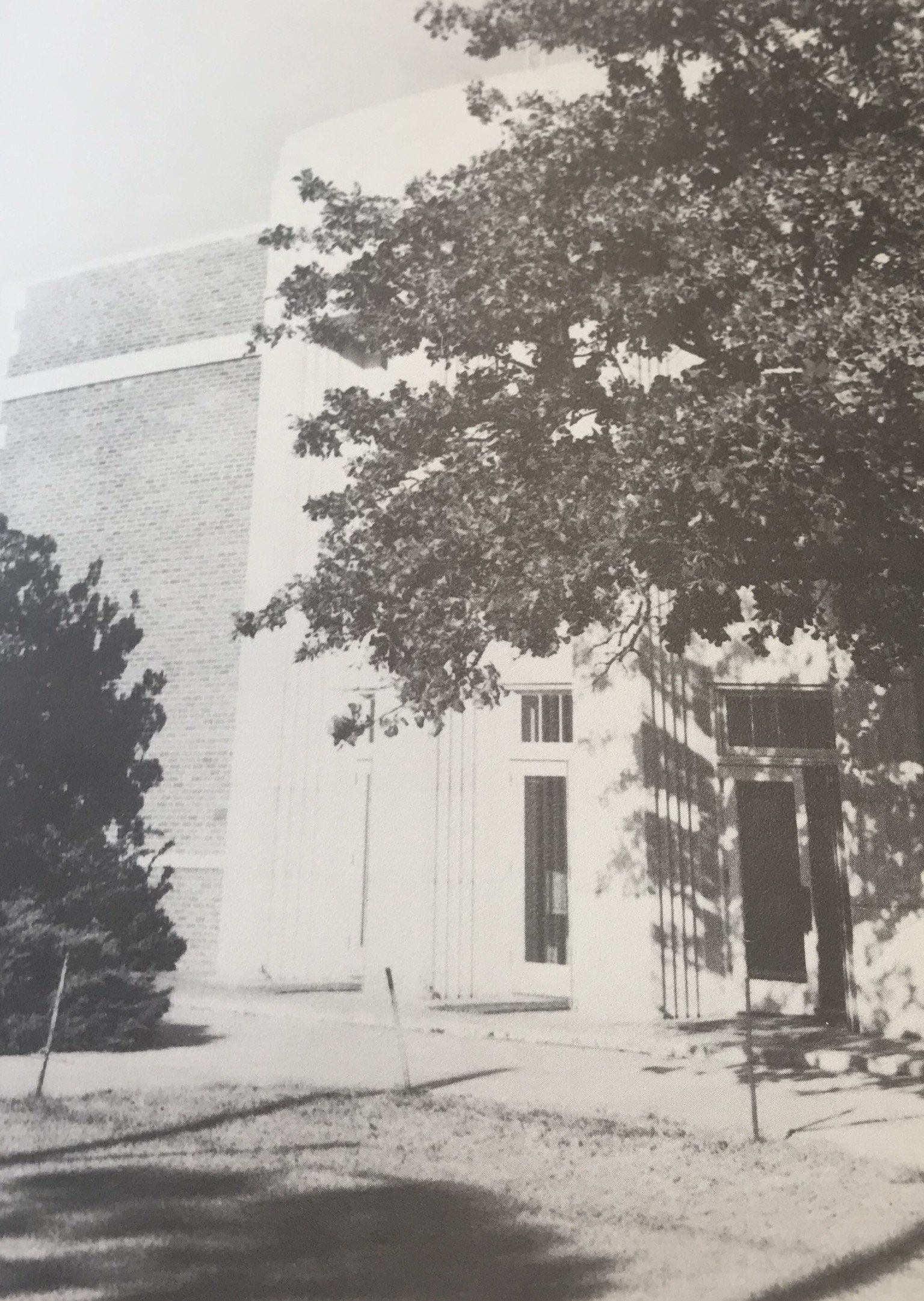 A couple dancing to the jukebox in 1947 in the Student Union (Credit: 1947 Texas State College For Women Danedalian) 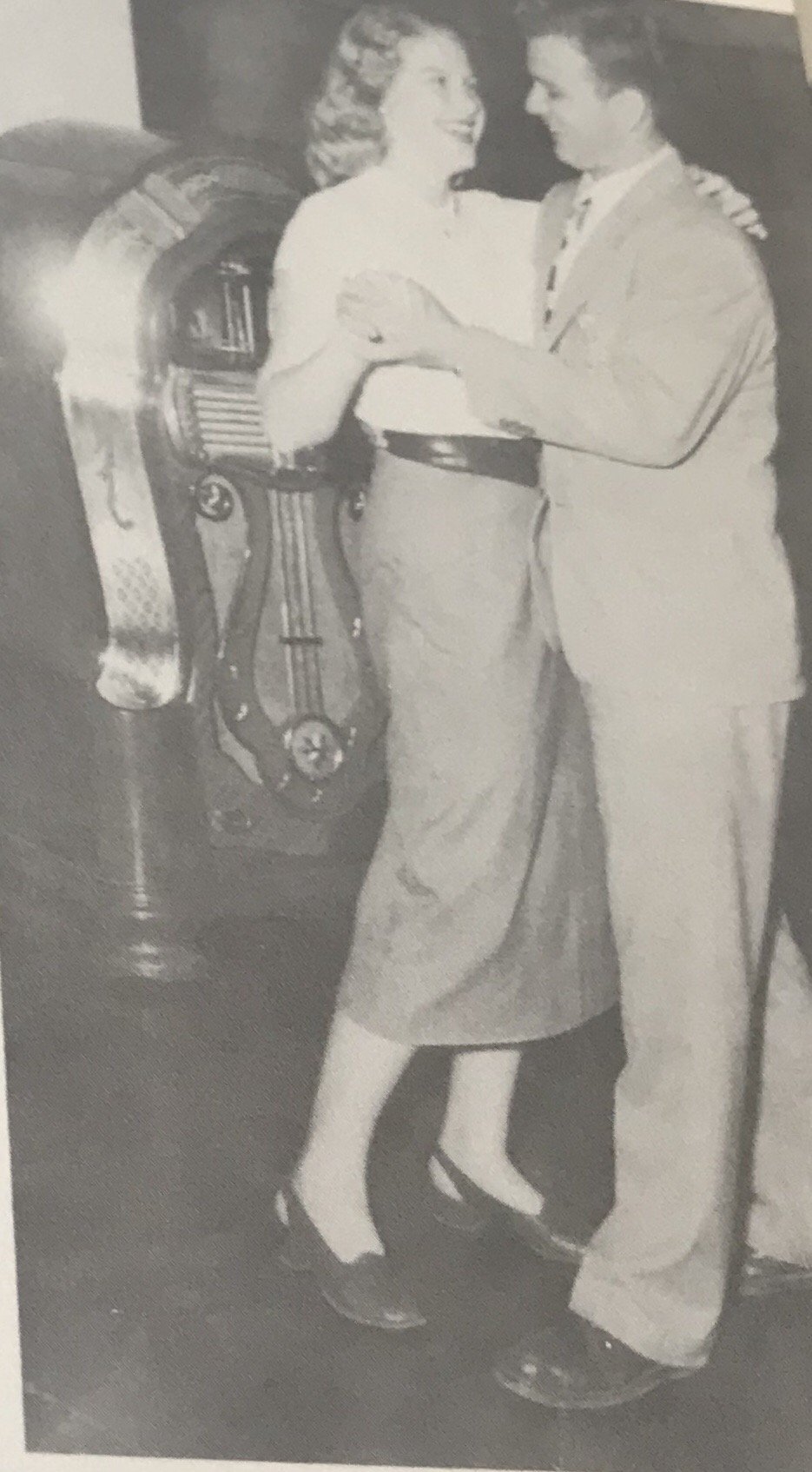 Couple of students at a dance in 1947. (Credit: 1947 Texas State College For Women Danedalian) 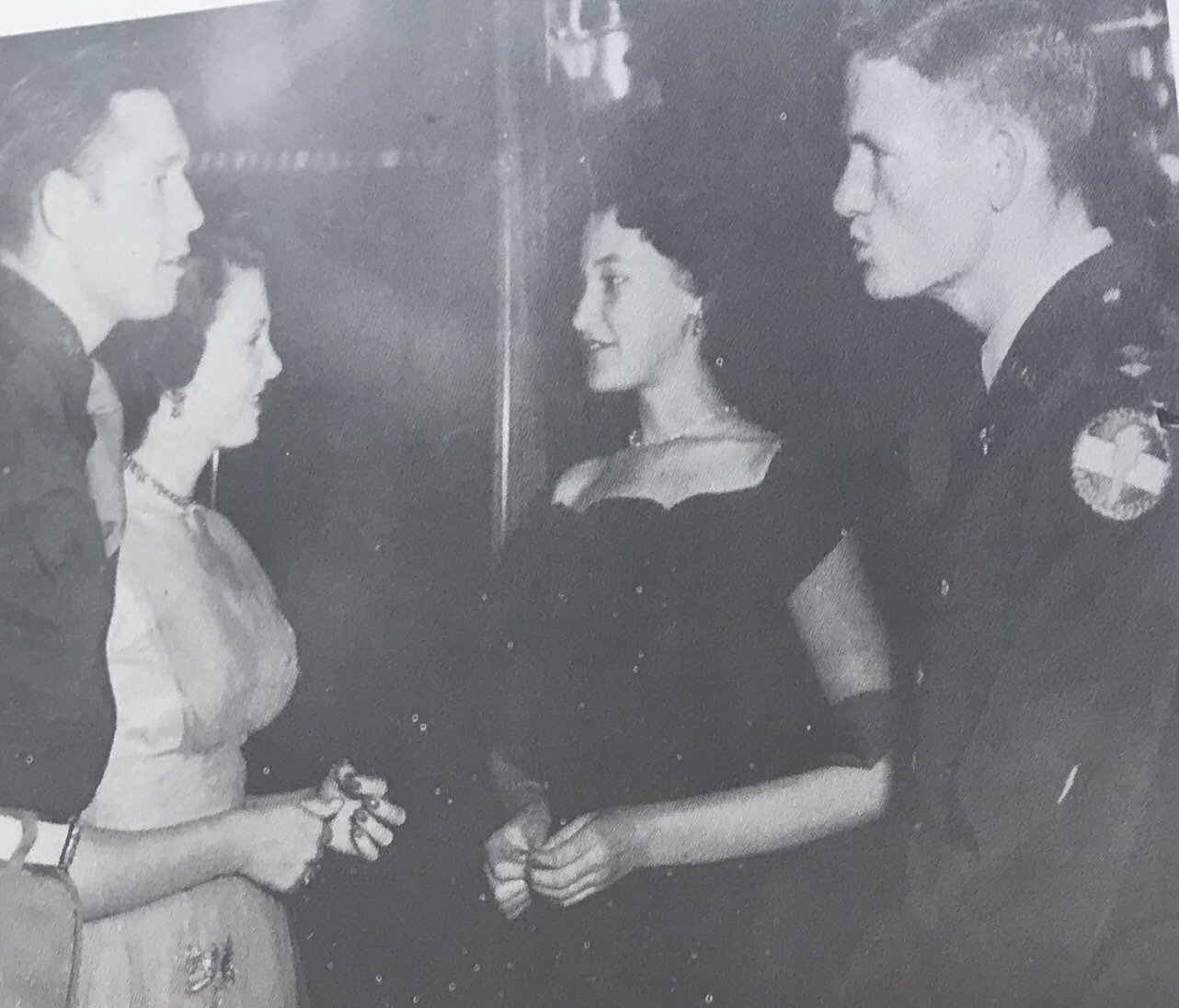 A dance in the ballroom in 1947. (Credit: 1947 Texas State College For Women Danedalian) 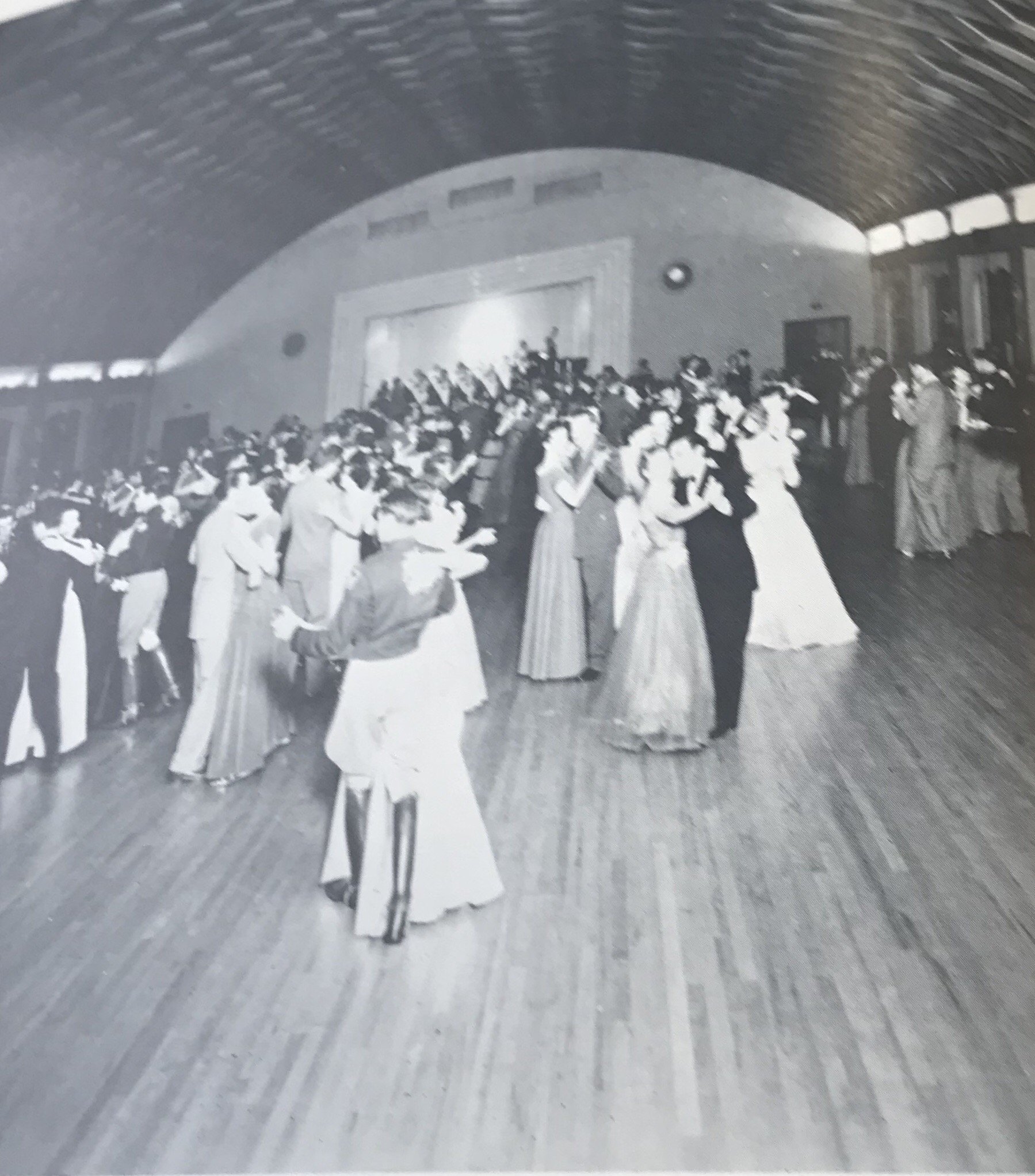 In 1935, with the many buildings that were being added on to the University, the students had nowhere to hang out on campus. They were having to rent out other buildings to be able to have their social gatherings such as hang out with friends, going on dates, organizations, and more. "Dean Hubbard and the students and alumnae shifted their attention to securing a badly needed Student Union Building”1. With this, the students set a goal to raise “$100,000 for a union building to house the Student Government Association, the Ex-Students Association, and student publications”2. The Works Progress Administration (WPA)3 was a big help in getting the Student Union Building contributions of $150,000. By 1940 they raised money and with the help from the WPA, a Student Union was finished in 1941.

The original Student Union was opened in 1941 for the students to have a place to hang out and to relax. The three-story building contains offices, classrooms, dance studios, a recreation room, and a large ballroom 4. Each floor on the building was different from the last, the first floor was for the recreation room or a club for the college students, on this floor, there's a soda fountain, ping pong tables, different types of games, a pool table, a jukebox and more. The room didn’t just have games, but it was also furnished to let the students have somewhere comfortable to relax.

The second floor has classrooms and more.  Finally, the third floor has the ballroom, which was used for folk dancing and for dates. The third floor was different than any other floor at the original Student Union. When you reach the floor, you will notice that at the entrance of the ballroom there are sectional divans, floor-length windows, and mirrors which helped divide the room to use for more activities. Dancers that used the ballroom mirrors for dancing 5. The first dance in the Student Union Building was the 1942 Redbud Formal. When the students would go on dates to dance at the Student Union the orchestra played from both ends of the room while lights changed from red to blue to play a crisscross pattern of silver and patterned diamonds covering the curved ceiling 6. This made it more romantic for the students that were on dates, or just for fun for the students that were hanging out with their friends.

In 1942, there was a pool built right behind the building, which attracted more students to come and hang out while it was warm outside. The swimming pool had a sand beach, floodlights, and underwater lights7. The swimming pool was later covered up for good in 2014 when it was old, and the school did not want to spend money on repairs.

In 1986, the Student Union was relocated to a new building, HPERD (Health, Physical Education, Recreation, and Dance). The dance and gymnastics programs returned to the Student Union Building which will now be called the Dance, Gymnastics and Human Performance Laboratories Building.8

The Student Union which used to be a place where students would go swimming, hang out in the recreation room, or even dance or have a date in the ballroom was turned into the Dance Building that is known today. There has always been dancing in that building, from it being built in 1941 to now.