"Early Street Activity in Fort Worth Stockyards Area" is from the Jack White photograph collection and is believed to be taken around 1900. 3 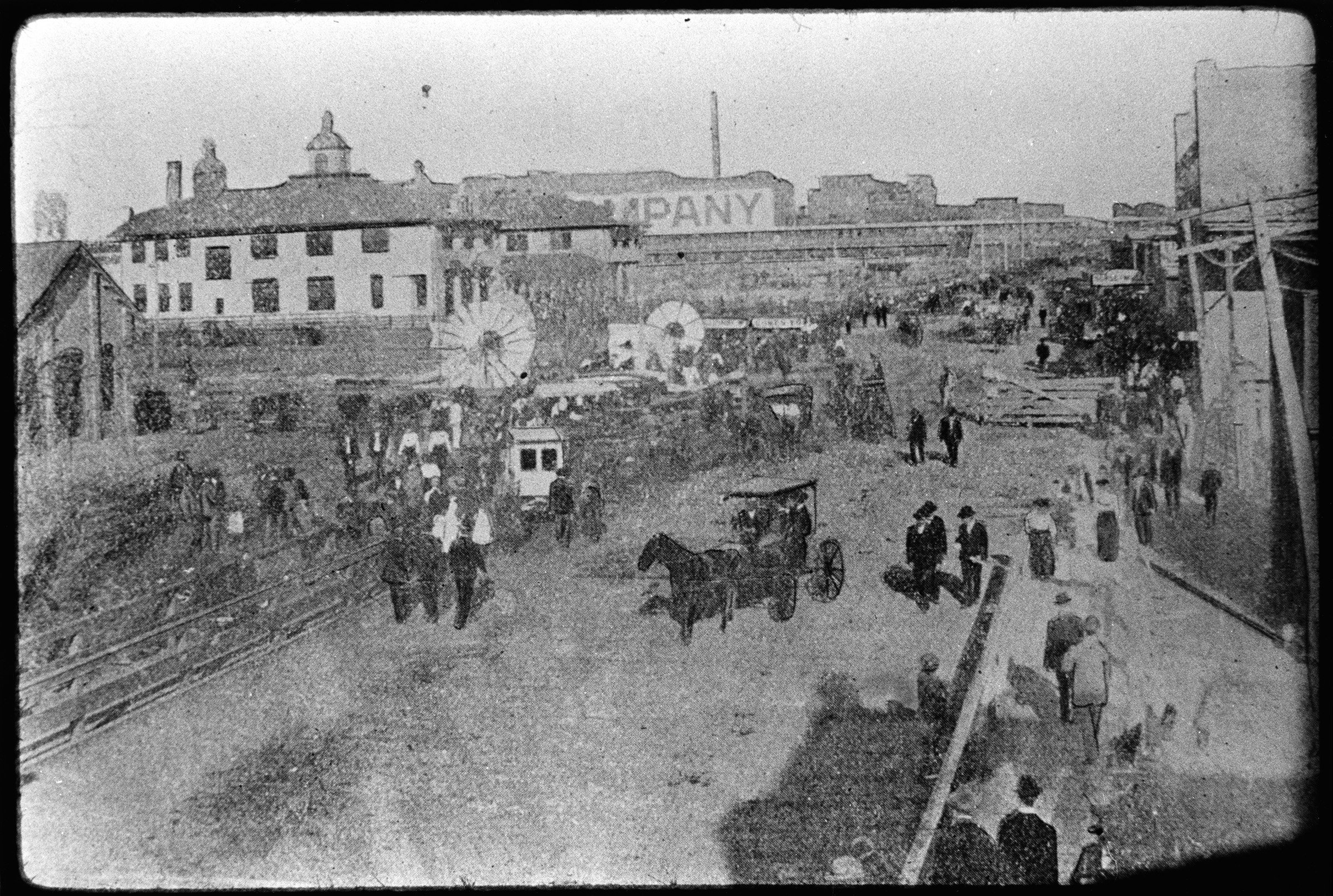 A picture of a Fort Worth newspaper shows what the cattle pens looked like in the stockyards. 6 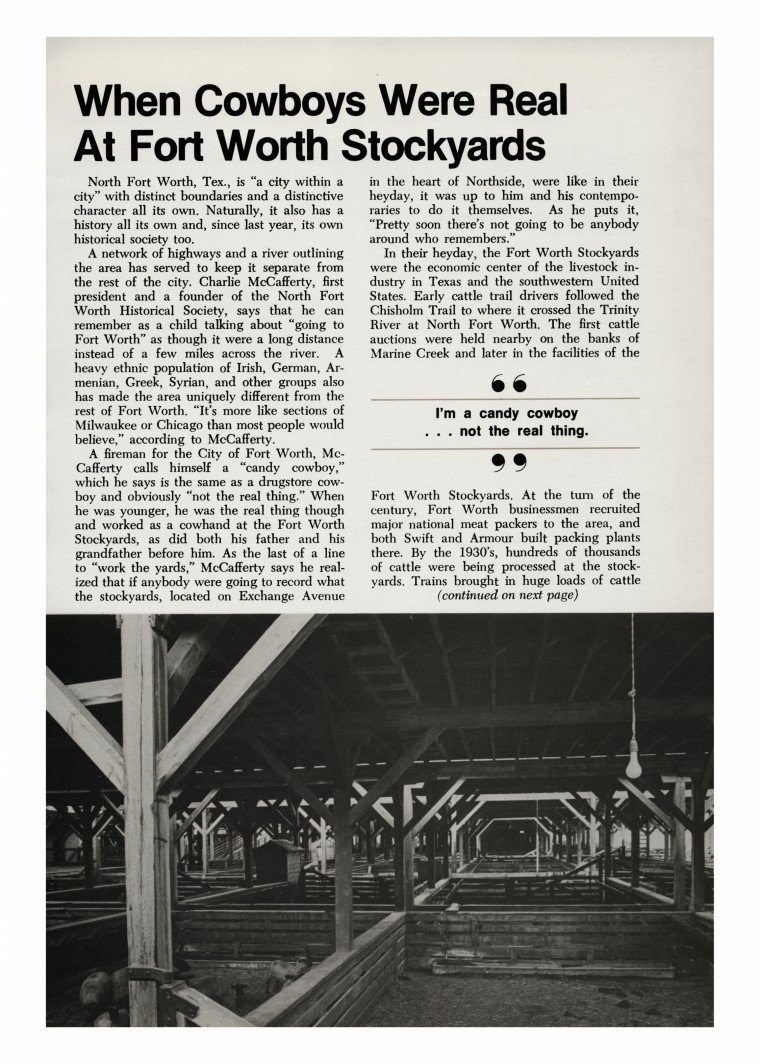 A modern day photo showing cattle being driven through the Fort Worth Stockyards. 7 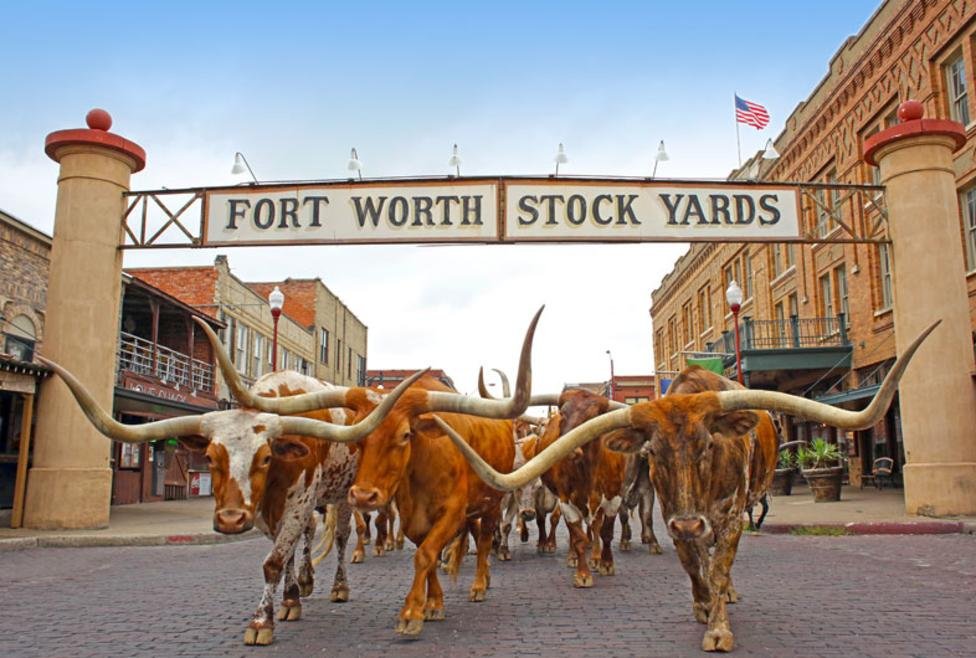 Fort Worth originally was created by the United States Military in 1849 and served as an army post.1 The fort was part of the United States' military plan to have forts every 100 miles to protect the southern border. It was not until 1853 that the fort was vacated as troops were needed at the western border to help with western expansion.5

Before the United States abandoned the fort, a small community had grown near. With rich soil and protection from the army, many more citizens flocked to the area.2  In 1873, Fort Worth elected its first mayor and became an official city with a population of around 500 citizens.2 With Fort Worth being an official city and the railroad being built across Texas, Fort Worth wanted to acquire a railroad stop to help increase business.

By the early 1900s the population of Fort Worth had quadrupled in size and the Fort Worth Stockyards were estimated to have had a million cattle sold per year.2

“By the 1930’s, hundreds of thousands of cattle were being processed at the stockyards.” 6

The Fort Worth Stockyards was in a great location for cattle auctions due to the fact that it was located on the Chisholm Trail and had the railroads.

What was once one of the biggest influences on the growth in Texas and expansion to the west, the Fort Worth Stockyards, today, bring in thousands of people for tourist attractions. The stockyard has since become a historical icon and monument to the past. Many people from all over the world travel to see the stockyards to get a taste of what the cattle driving life entailed. Even though cattle are not as prominent to the stockyards success as they once were, the stockyards still hold cattle auctions, rodeos, and host other events to bring in tourism and pay homage to its rich past.