McLaurin v. Oklahoma State Regents was a court case which was argued on the 3-4 April 1950 (decided 5 June 1950). The decision declared that the University of Oklahoma could not deprive the appellant, George W. McLaurin, of his Fourteenth Amendment rights. The university had been required by law to admit McLaurin in 1948, nonetheless, special accommodations were made in order to reinforce the notion of racial segregation within the university. A designated table in the cafeteria and designated desks in the library are examples of such accommodations. With this landmark decision, the Supreme Court acknowledged that discrimination based on race had no place in higher education.

An image which provides an indication of the facilities that the University of Oklahoma imposed upon George W. McLaurin. 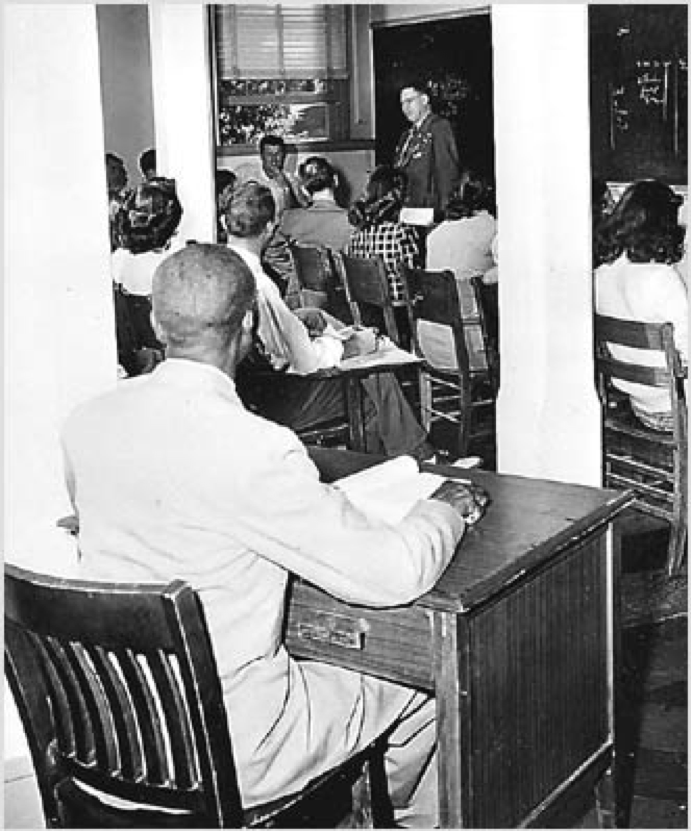 An image from taken from the National Archives website which provides further detail of such facilities. From this image, we can see that McLaurin was provided with a table that was outside of the classroom. 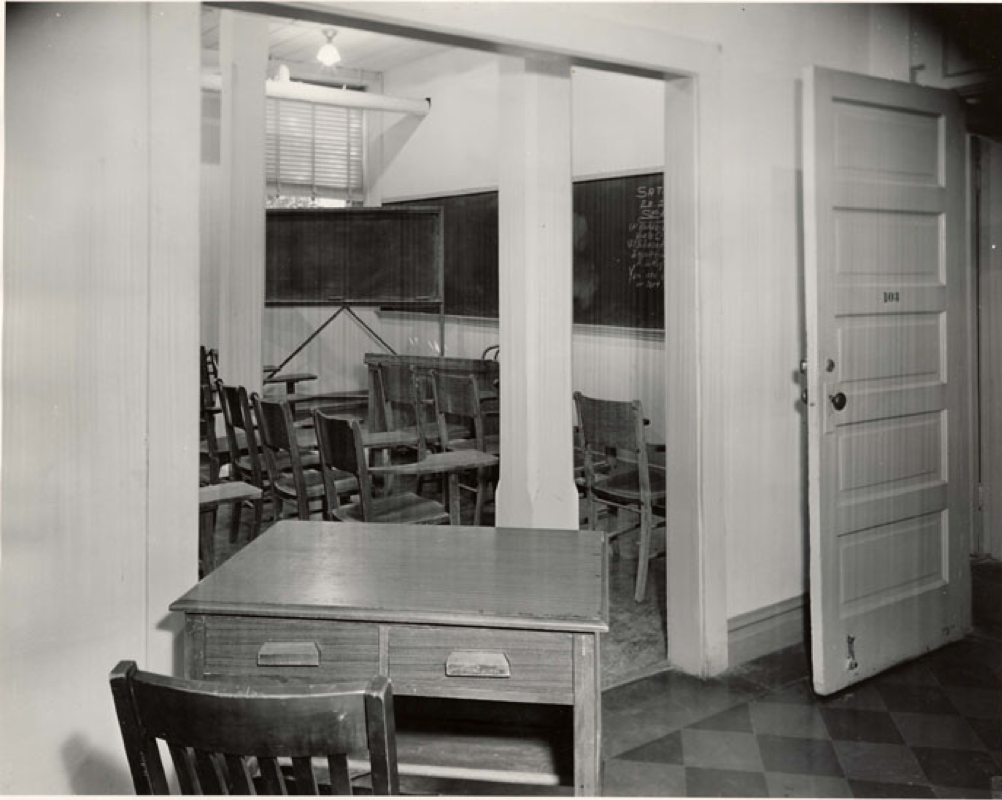 The Civil Rights Movement, a decades-long sociopolitical struggle which sought to end racial discrimination and enforce legal rights for African Americans, is recognized worldwide as a major success for social justice. Martin Luther King, Malcolm X, and Rosa Parks are rightly regarded as heroes, however, cases such as George W. McLaurin v. Oklahoma State Regents, 1950, although significant, remain relatively unknown.
While George W. McLaurin would become the first African American student to be admitted to the University of Oklahoma, it was the struggle of Ada Lois Sipuel Fisher - an African American woman who was seeking admission to the University of Oklahoma College of Law – which had theoretically opened the university doors for a Black student. She filed a lawsuit in the Cleveland County District Court, and would later file an appeal with the U.S. Supreme Court.
The University of Oklahoma (founded December 18, 1890), a previously all-white institution, was not prepared to offer the 61-year-old McLaurin - who held a master's degree from the University of Kansas - admission in 1948 because of his race. However, following McLaurin v. Oklahoma State Regents for Higher Ed., 87 F. Supp. 526 (W.D. Okla. 1948), the district court ruled that this denial was unconstitutional. Nonetheless, McLaurin's problems with the university were not yet over; while his exclusion had been deemed unconstitutional, segregation remained lawful practice at the university.
McLaurin began classes at OU on October 14th, 1948, but was prevented from “contaminating” his fellow white students through “elaborate prophylactic devices.” McLaurin was made to sit in an anteroom, rather than in the classroom itself, during his classes (all of which were conducted in a single basement). Understandably frustrated, McLaurin appealed to the Oklahoma District Court but was struck down. It was at this point that the NAACP took a more prominent with the case, and Thurgood Marshall eventually took it to the U.S. Supreme Court, where McLaurin would eventually win his case.
The historic ruling of June 5th, 1950 decreed that McLaurin had to receive the same education as white students to protect his 14th Amendment rights. This groundbreaking case, as well as Heman Sweatt's battle against the University of Texas, helped abolish segregation in higher education. The Brown v. Board of Education of Topeka ruling of 1954 would later determine primary and secondary school segregation unlawful.
George W. McLaurin passed away on September 4th, 1968.