This Italianate home dates back to 1834 when one of the largest landholders in the region, Richard Puryear, began construction on the home. Puryear died in 1863 and the property was acquired and expanded significantly between 1869 and 1870 by Chase City co-founder George Endly. Endly was an Ohio businessman who arrived in California in 1868 after working in Pennsylvania. Endly hired architect Jacob Holt to design the current version of the two-story home which features a cross gable roof and distinctive bay windows.

The Italianate exterior of Shadow Lawn was completed in 1870 and the home was once part of the Mineral Springs Hotel. 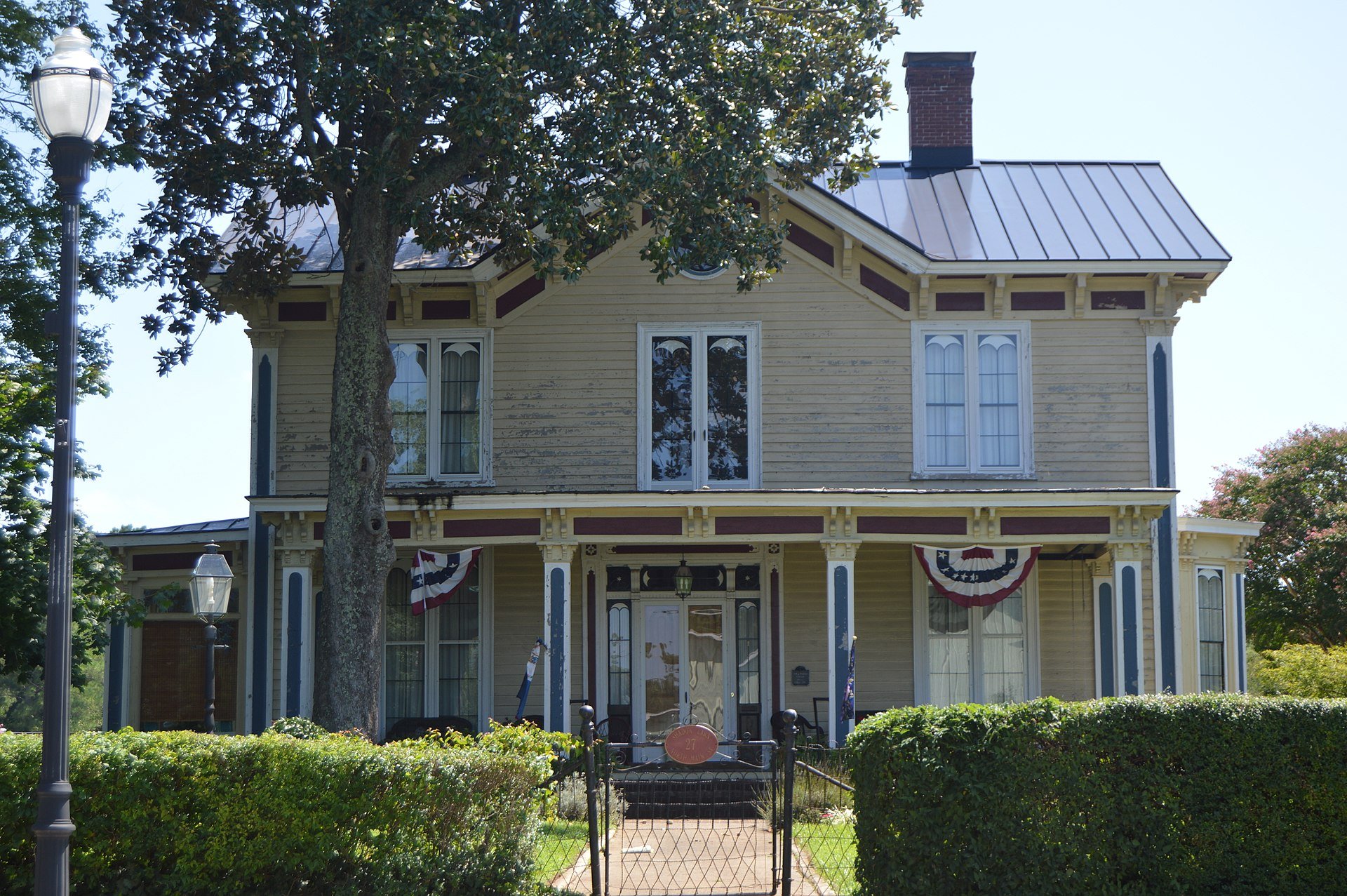 Together with family members, Endly purchased large sections of land and incorporated the community of Chase City. In 1902, Endly sold the home to the Mecklenburg Mineral Water Company and it served as a clubhouse for the owners and guests of the Mineral Springs Hotel until 1909 when that hotel was destroyed in a fire. The home was the residence of the KcKinney family from 1935 to 1981 when the Virginia Historic Landmarks Commission conducted a survey of the property and recommended the location for inclusion on the National Register of Historic Places.