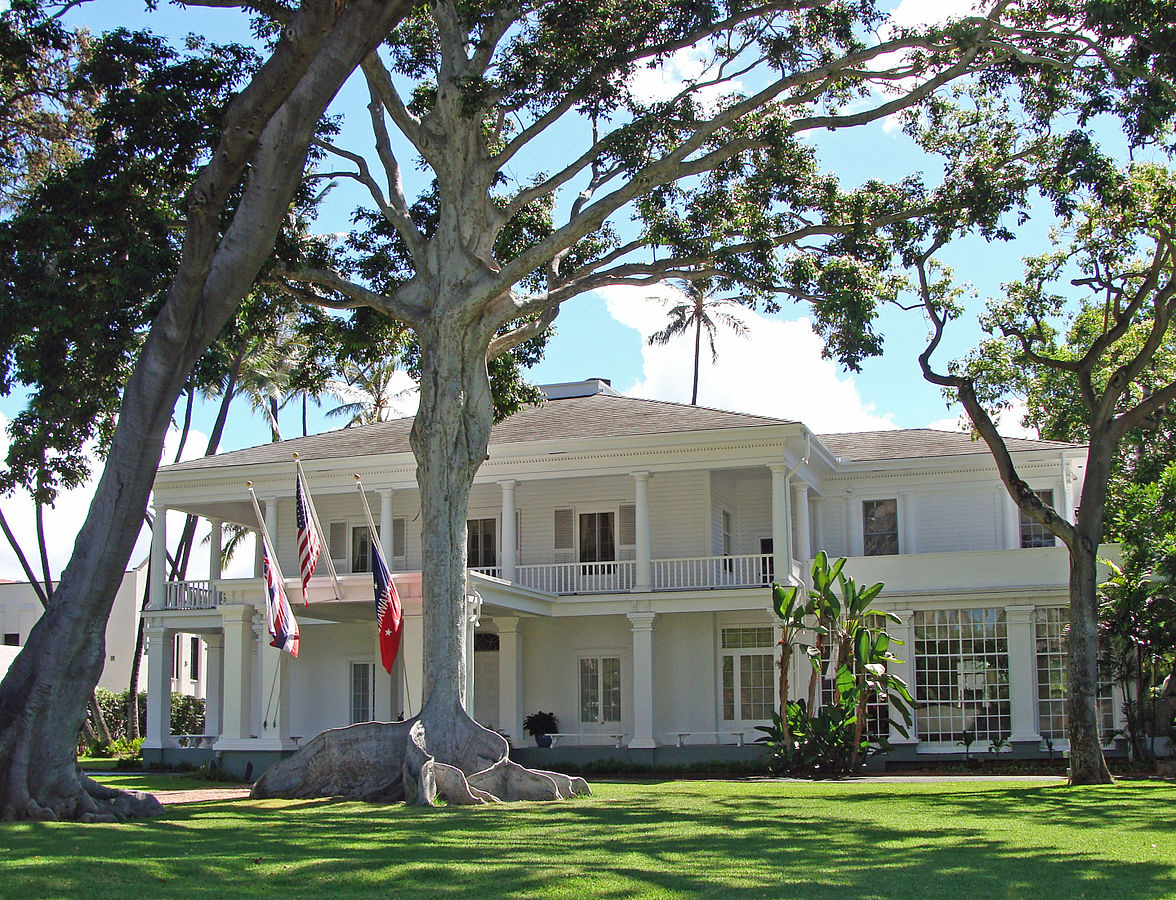 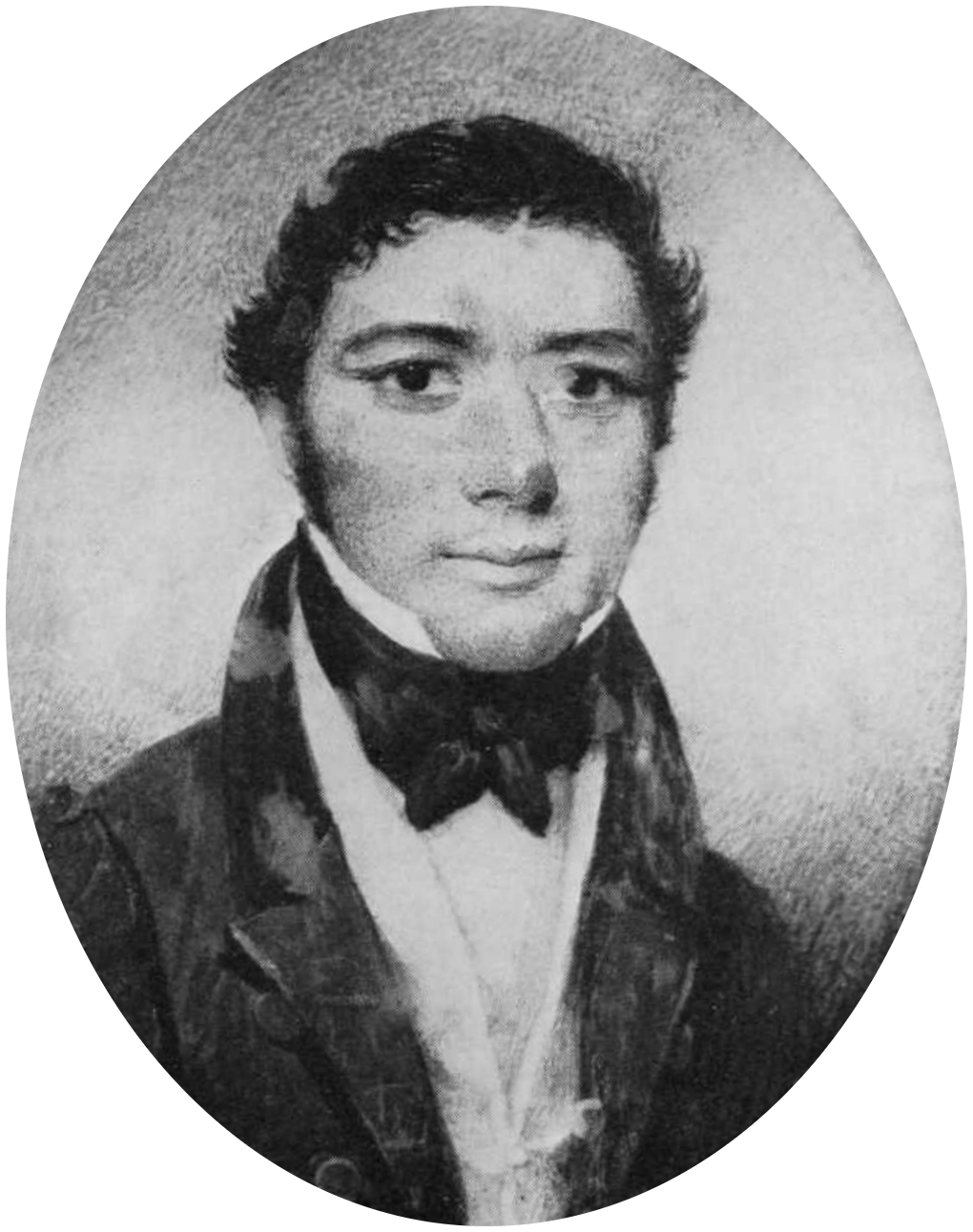 Royal Guards in front of the house of Queen Lili'uokalani (known as Washington Place), circa 1891–93. They were no match for the forces led by U.S. Marines in 1893. 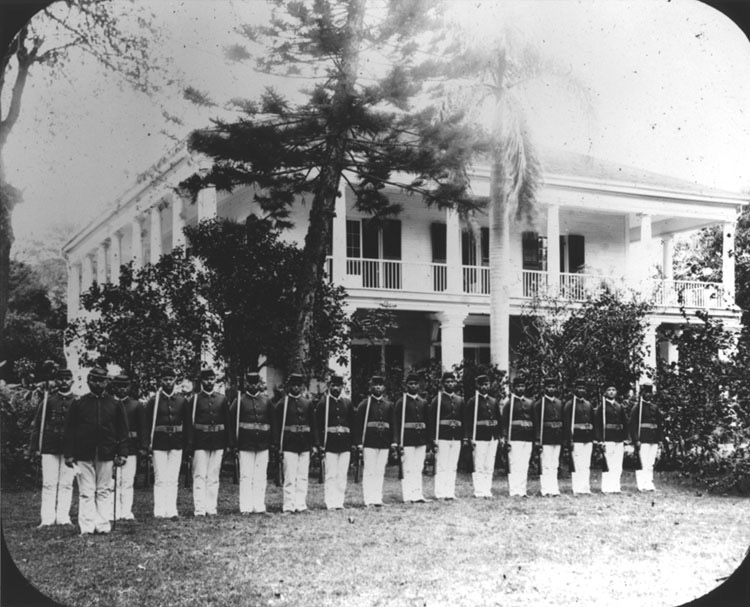 A wealthy American merchant, trader, and sea captain named John Dominis made numerous voyages across the Pacific, finally settling down in Hawaii in 1837 with his wife, Mar, and son, John. The Kingdom of Hawaii awarded Dominis a plot of land (as part of a lawsuit with the British Consulate, Richard Charlton, where he built the home now known as Washington Place. However, Dominis set sail for China in 1846 to obtain furniture for the home, but his ship was lost at sea.
Mary, his widow, rented rooms in the home to help support herself and her son. One of the first boarders was the American Commission to the islands, Anthony Ten Eyck, who subsequently established the American Legation in the home. With the approval of King Kamehameha III, Eyck renamed the house "Washington Place" on February 22, 1848.
Meanwhile, as a child, John Owen Dominis had attended a day school next door to the Royal School attended by native Hawaiian nobles, with whom John managed to befriend,  forging relationships that lasted a lifetime. Indeed, by 1856 he worked for a Hawaiian Prince and in 1862 married Lydia Kamakaeha, the eventual Queen of Hawaii -- Hawaii's last monarch. John's inclusion within the Royal family afforded him vast opportunities to serve in high positions within the government and military and provided him with bountiful prestige. Moreover, along with Christianity, plantation economics, and host of cultural influences, the marriage served as another sign of the meaningful influence of Americans in Hawaii.
John and Lydia lived in Washington Place, notably after Mary Dominis died in 1889. The couple lived in the house when Lydia became the last sovereign of the Kamehameha dynasty, which had ruled a unified Hawaiian kingdom since 1810. John died one year later, but Lydia (whose name changed to Queen Liliuokalani) remained in Washington Place.
When the Queen took the throne in 1891, much of the monarchy had been stripped of its power by a new constitution in 1898, influenced greatly by the U.S. When Queen Liliuokalani attempted to restore power to Hawaii, a U.S. military-backed coup ousted her in 1893, resulting in the formation of the Hawaii Republic in 1894 and eventual U.S. annexation in 1898. From 1919 to 1959, Washington Place served as the executive mansion for the territorial governors and, after Hawaii became a state in 1959, functioned as the governor's mansion until 2002.
In the end, the Queen lived with her husband at Washington Place, was arrested there in 1893, found herself confined in the home for several months after her conviction at a military tribunal, and then lived there after her release until she died --  at the home -- in 1917.
In many respects, Washington Place also stands as a monument to decades of American expansionism and the concept of Manifest Destiny; Americans first explored lands west of the Appalachians, then to the Oregon and California, and then onto places such as Hawaii, the Philippines, China, and Japan. It is somewhat noteworthy that Washington Place enjoys a name honoring the man who helped bring American independence while also serving as the house where Americans helped bring an end to Hawaiian sovereignty, taking over both the islands and the home. (It should also be mentioned that the complex history involving the U.S. and Hawaii is not simply argued, and further reading is recommended.)

In the end, Washington Place serves as the focal point for the transition from Hawaii's monarchy to that of U.S. annexation, and eventual statehood. It started with a merchant -- one of many who visited the islands during the nineteenth century later included a mixed marriage between an American and Hawaiian, and then moved on to military, political and diplomatic story.

The Queen established a trust in her will to create an institution dedicated to the welfare of orphaned Hawaiian children and the preservation of the Hawaiian language and culture. Today, Washington Place Foundation helps to operate this National Historic Landmark.