Gaylord Family - Oklahoma Memorial Stadium is home to the Oklahoma Sooners football team and some of the most talented football players to ever step foot on the gridiron. It resides in the heart of the Norman campus and was constructed in 1922. The original capacity of the stadium was 16,000 seats. Over the many decades of OU football, renovations and expansion has swelled the max seating capacity to over 86,000. The stadium also goes by the famous nickname "Palace on the Prairie". 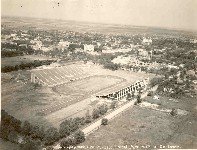 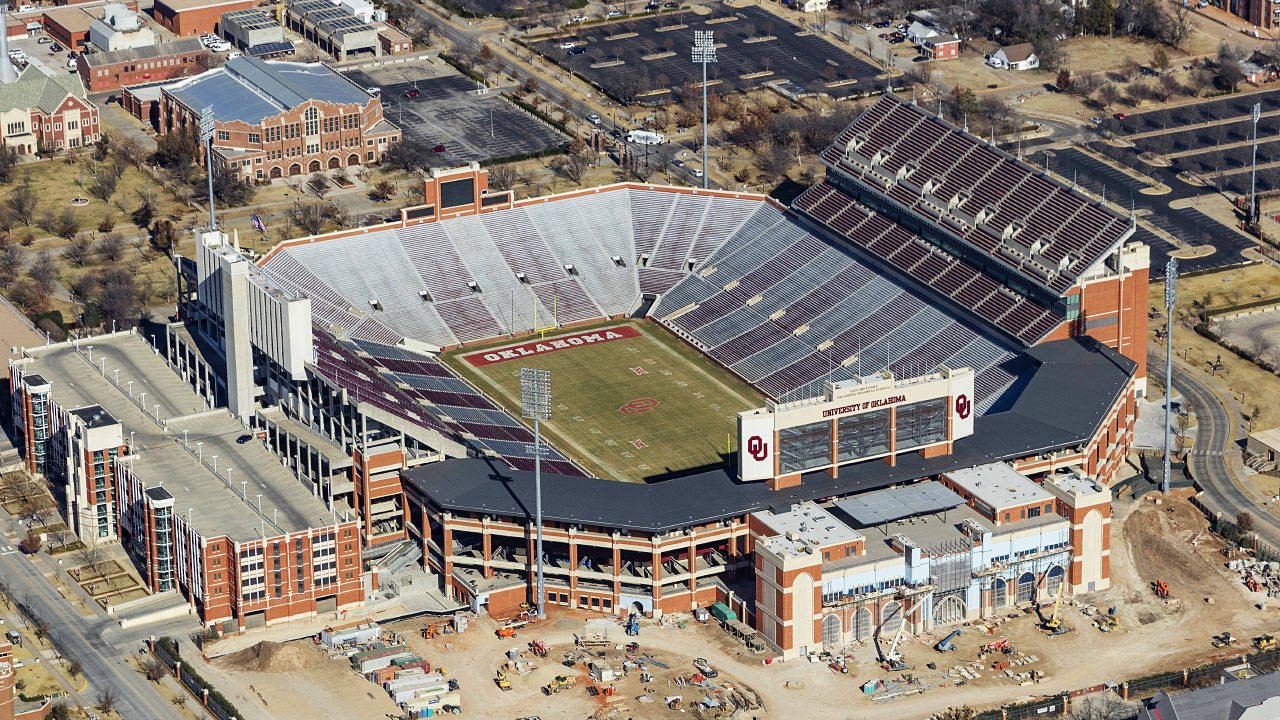 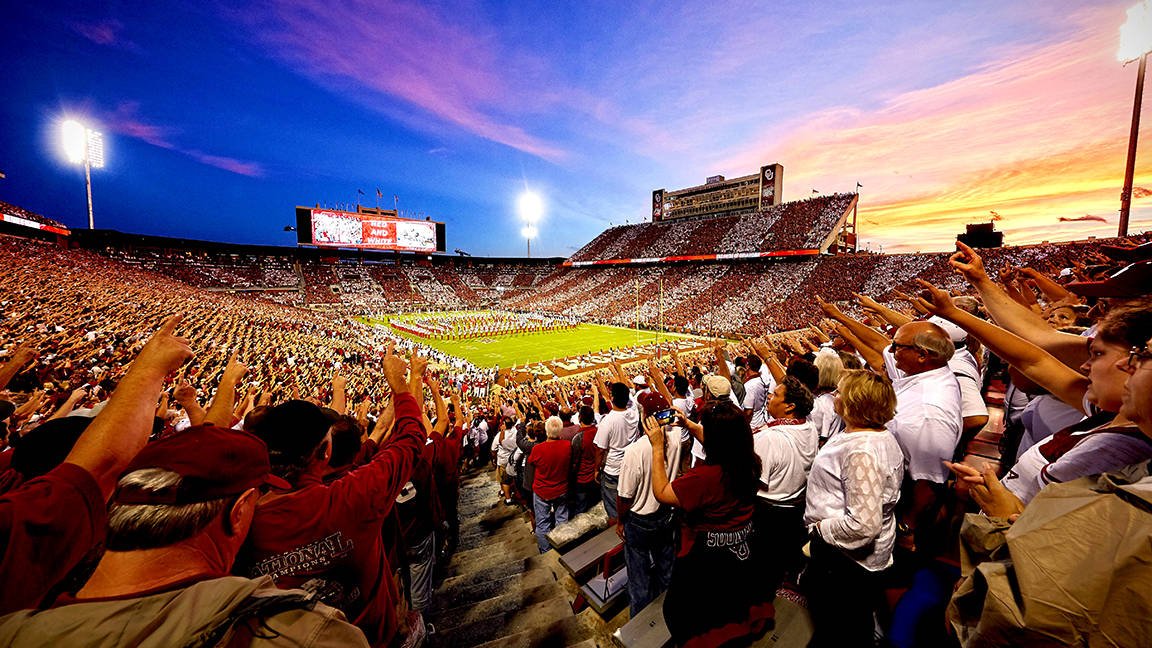 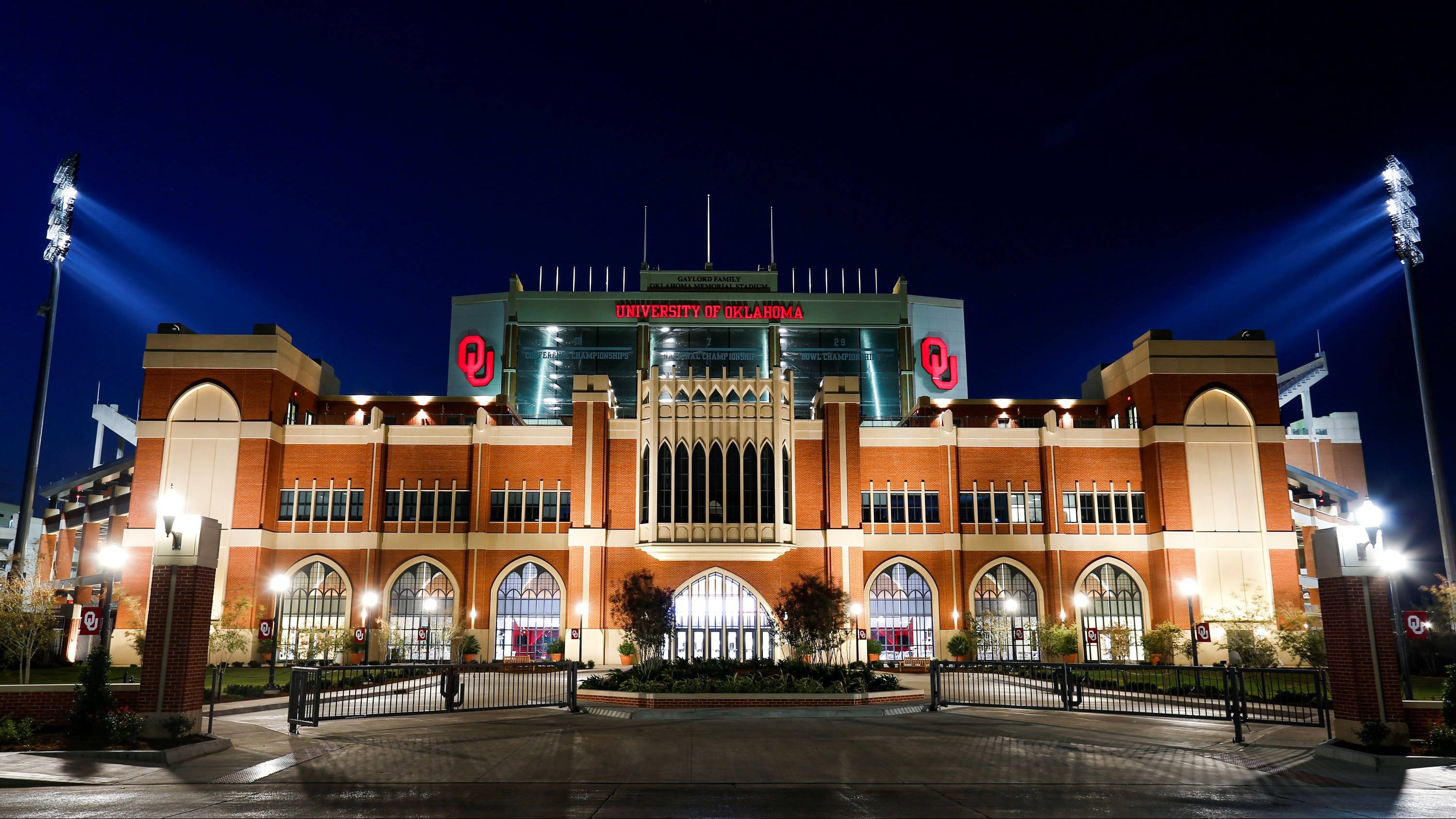 Gaylord Family – Oklahoma Memorial stadium began its construction in 1922. The Sooners played their first football game in 1923 in which they won against Washington State University of St. Louis. University and community support was so great for the football team that renovation and expansion started shortly after original construction was completed. In 1925 the stadium was named “Oklahoma Memorial Stadium” to honor the lives of university students, faculty, and staff who had lost their life in World War I.

Renovation and expansion happened regularly over the decades to keep up with the growing fan base. The original seating capacity was roughly 16,000. Six years after the stadium was built seating doubled to 32,000 as permanent bleachers were installed on the west and east sides of the stadium. Twenty years later in 1948, the northern section of the stadium was enclosed, and a press box was added increasing seating to over 55,000. In the 70’s and the beginning of the 80’s the stadium continued to add seating and improvements. In 1980, Memorial stadium started to take shape into what you mostly today. The south end zone was fitted with permanent seating and saw improved coaching offices, locker rooms, a weight room, and a training room installed. Expansion continued through the 90’s and in 1999 Barry Switzer Center opened which housed the athletic program’s sports medicine facility, locker rooms, coaching offices and strength and conditioning area. The largest and most recent renovation project was approved by the OU Board of Regents in 2014 which saw a massive overhaul of the stadium. The south end zone was finally going to be enclosed which would close the entire circumference of the stadium. The project also installed state of the art facilities for the football team to include a new weight room, a 9,000 sqft locker room and many other amenities. The massive renovation put OU athletics at the forefront of innovation across the county. Today the seating capacity is over 85,000.

The Palace on the Prairie holds a dear place in every Oklahoma fans heart. Athletic director Joe Castiglione says,

“This stadium is considered a shrine by many Oklahoma football fans. It’s been the site for not just the greatest OU football games, but for some of the greatest games in college football history,” explains OU athletics director Joe Castiglione.

After years of ambitious renovations and forward thinking from then OU president David Boren and current athletic director Joe Castiglione they were able expand the historic stadium but also keep consistent the architectural style first implemented at the birth of the stadium. Although the stadium is not the largest in college football, it is the 11th largest stadium and one of the most well known due to the legendary status of the Oklahoma football program. The status of the program has allowed Gaylord to host an attendance record of over 88,000 die hard football fans during the during the 2017 Top 10 matchup against Gary Pattersons TCU team.