Cathedral Basilica of Our Lady of Peace

East face of the Cathedral Basilica 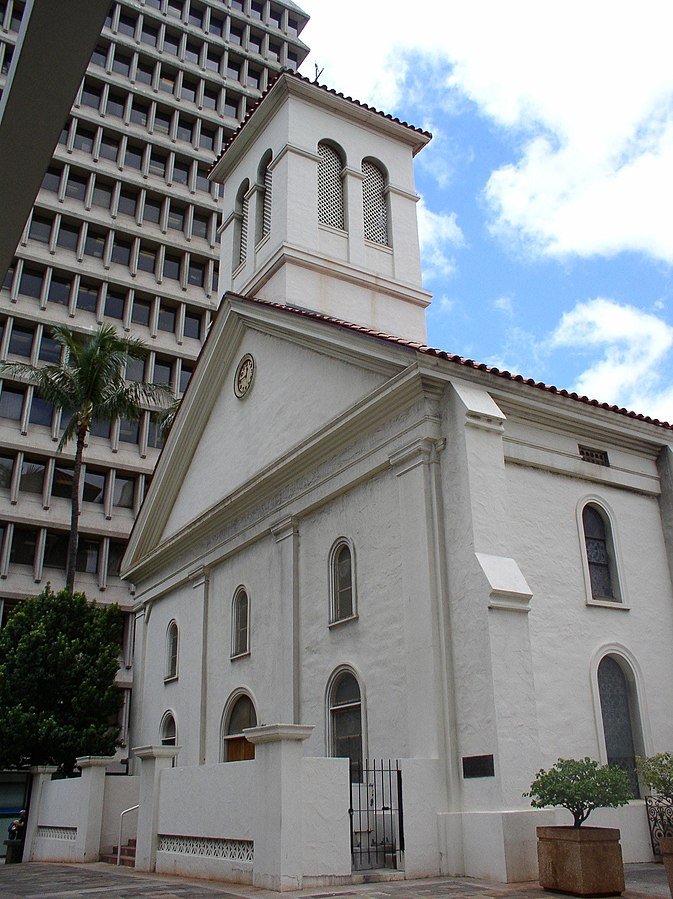 Artwork: Effects of the visit of the 'L'Artemise,' Kimeone released from chains by Captain Laplace. Jules Dudoit (1803—1866) 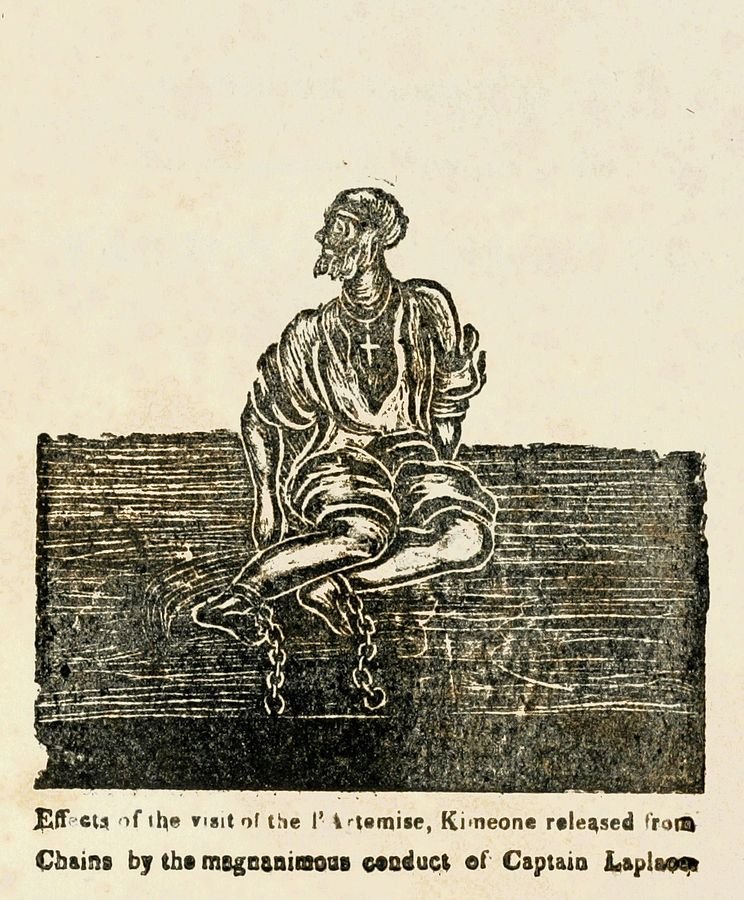 Interior of the Cathedral Basilica of Our Lady of Peace 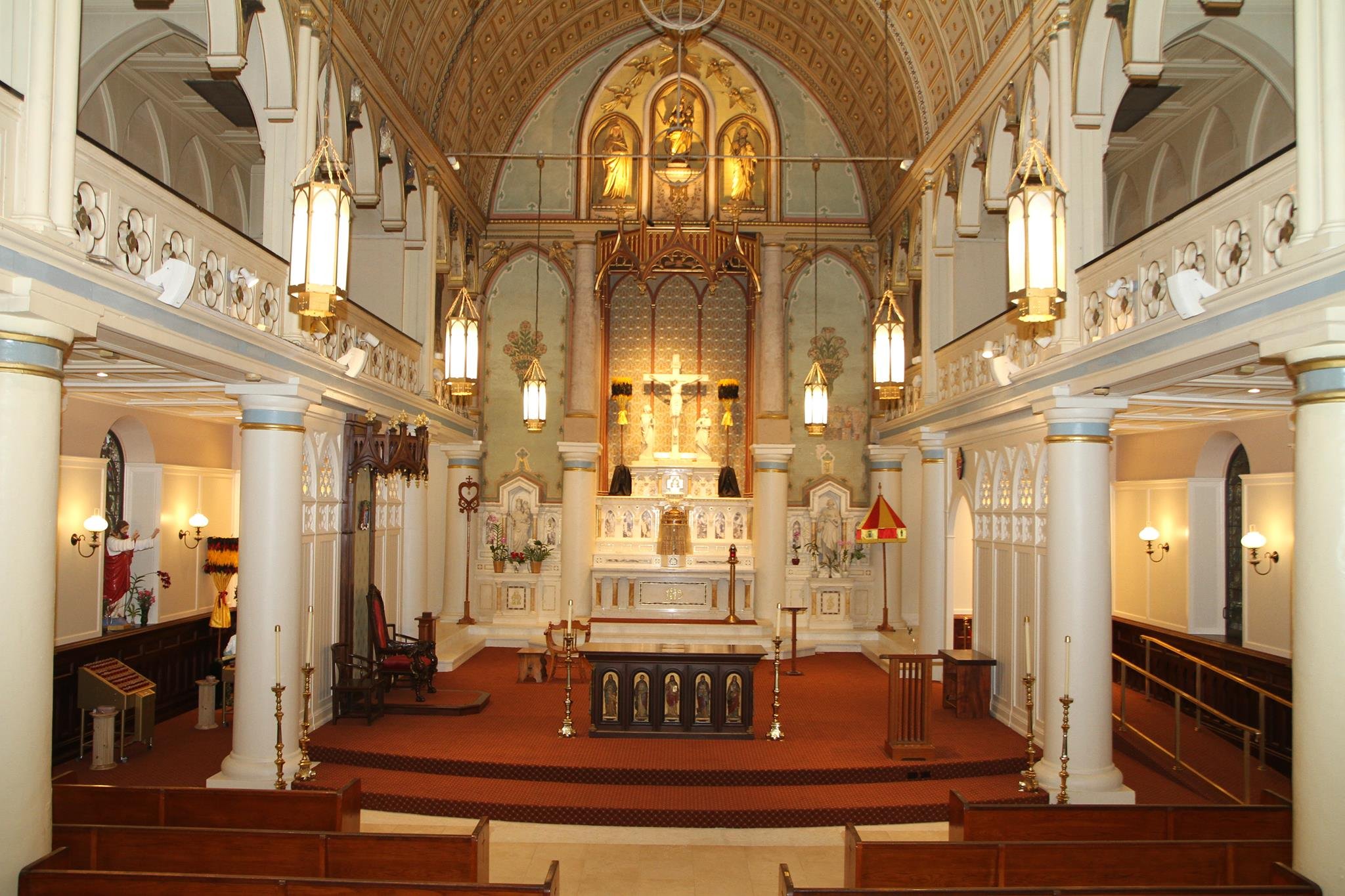 Our Lady of Peace Cathedral (1843) in Honolulu is significant not only for its age and architecture but also because it symbolizes the significant transition on the islands away from Protestant influence on politics and religion to an acceptance of Roman Catholicism and an overall trend towards religious freedom.
Missionaries arrived on the islands as early as the 1770s, but the arrival of American Protestant missionaries in 1820 substantially altered the culture of the island. The protestant missionaries mainly sought to "civilize" Hawaiians with Christian and "American" instruction (ostensibly seeking to recreate the religious environment found in New England), which included becoming heavily involved in local politics. When French Catholic priests arrived in 1828, they were granted land by Hawaiian King Kamehameha III where they built a small cathedral. However, Protestant missionaries, having gained significant influence on the island's polity and culture, drove them off the island in 1831; those who remained were persecuted and often detained.
In 1839, the French military arrived with the intention of ending Catholic persecution on the islands; an incident now referred to as The Laplace Affair. The threat of war pushed King Kamehameha III to agree to the French demands and subsequently to stop the detention of Catholics, pay them reparations, and open the islands to accept Catholicism on the islands.
As a result, the King published a Declaration of Rights that ushered in the era of religious freedom in Hawaii, followed by a new constitution in 1840 that legally granted freedom of religion to Hawaiian residents. Thus, protestants lost much of their influence on political and economic decisions, and the age of Roman Catholicism arrived; Catholic priests returned and built a stone church that same year. Three years later, Our Lady of Peace opened its doors (officially, August 15, 1843).
The church has undergone several renovations and additions, such as adding the Although visibly altered on both the interior and exterior, the building the vaulted ceiling in 1871, but still enjoys the same general look as it did in the 1840s.  Our Lady of Peace is more than an old church, it is one of the oldest buildings in Hawaii. Its presence speaks to the influence of immigrants to Hawaii, including those from the U.S. and Europe who changed the island's economy, culture, politics, and of course religion.

Yzendoorn, Reginald. History of the Catholic Mission in the Hawaiian Islands. Honolulu: Honolulu Star-bulletin, limited, 1927. Digitized by the University of Michigan and located at https://archive.org/details/ajg7678.0001.001.umich.edu