The Blue Island Rock Island Rail Roads have been a part of the town since 1852. The station was created a mere 17 years after the town’s formation. The town had been formed in order to help individuals travel to Chicago and south to Joliet in a much faster rate. This site is where a significant event in the Pullman Strike occurred. James Murwin threw a switch, causing a three-day railroad shutdown.

This is how you are able to see the train today. 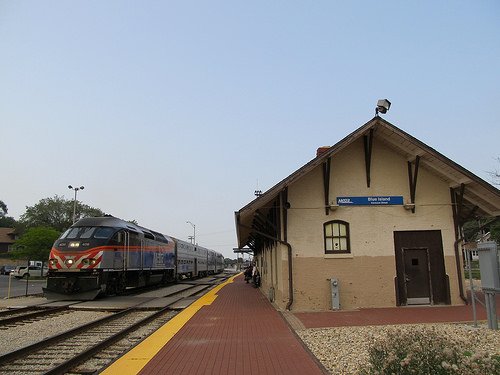 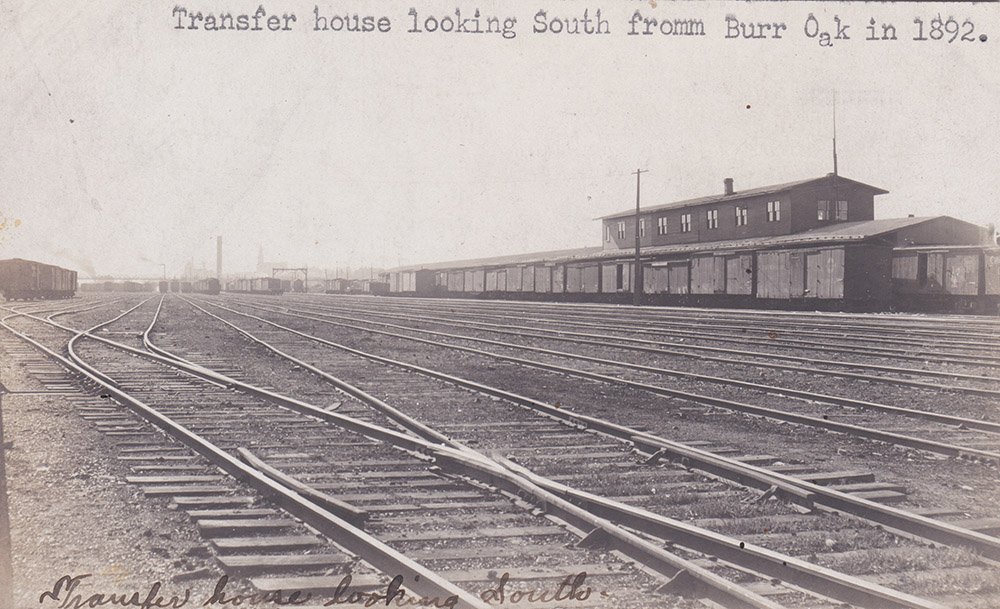 This was during the Pullman Strike in 1894 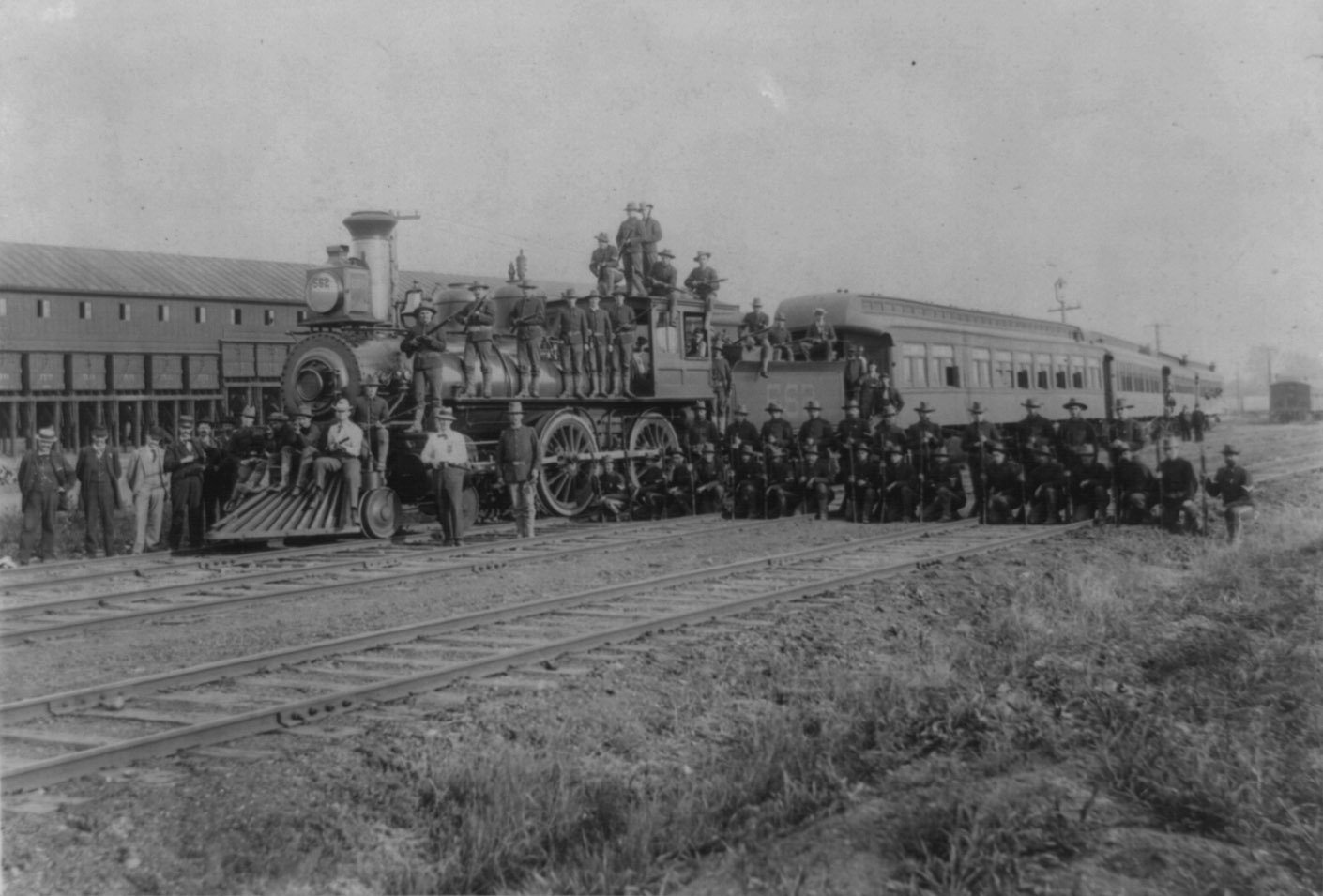 Blue Island, Illinois was formed in 1835, and 17 years later the town decided to create the railroad. The station can be found in 2300 Grove street down Vermont Street at 135th. This brought in some controversy within the town. Many people opposed the idea of railroads. During this time in Blue Island, they were already spending money on plank roads. Plank roads were wooded boards put together in order to be manufactured as plank roads So they thought, it was not necessary to have the railroads.1 However, the first railroad was succeeded on October 10, 1852. They used a little rocket “engine” and it was pulling six gaudily painted coaches into Grove street.1 In a couple of years, Blue Island had become a town of railroads.

17 years later, Blue Island decided to create a suburban line. Blue Island took advantage of both lines because it was located down the hill which would provide easier access to sand and gravel which was the need for ballast on the track. 2 For railroad workers, some of these individuals had to load the cars into the trains by hand. Records show these workers were only paid fifty cents a day.2 Their wages begin soon rose to $1.10.2 Labor employees did not just only lift cars they had other tasks to work on. The company decided they needed more workers so they could be able to fill. For these workers, each individual would keep the tender filled with water and wood and this was to make sure the engine would not die out from loss of fuel during every stop. 2 This railroad made it more efficient for individuals to get to Chicago and Joliet at a faster pace. Blue Island's railroads have been improved so much since their first creation that many used the trains on a daily basis.

One of the most important aspects of the Pullman Strike was the involvement of the railroad workers from Blue Island. During the strike, many Blue Islanders gave support to those who were on strike. 3 One of the issues labor railroad workers had against their employers was their treatment and services. Individuals fought for the protest in Blue Island believing they did not provide safety precautions at night when it was the most hazardous. 3 Blue Islanders went to the town hall in order to discuss their problems. Problems hit a high, in Blue Island on June 30, James Murwin, threw the switch on locomotive no.19.4 It was a controversial decision that led to delays in the services of the company. Many of those who were on strike did not approve of the decision to hit the switch. Over time they felt it was an effective move. This led to Rock Island being closed for three days. A couple of days later, strikers went out to protest the site. They did not want the train to keep on going. Police were at the scene ready to arrest anyone who would cause a disturbance. It took two hours for the trains to go through. The workers who were on strike lost their effort against their companies. Then, Murwin had to pay a bail of $500 to $5,000 for what he had done to the locomotive.3 Everything soon went back to normal once the strike was over.

This was the importance of Blue Island because they were in unity with their workers. Many people forget about the Pullman Strike in 1894. And so many forget about Blue Island's involvement within the event. These workers were fighting for better conditions in their working environment and helping others with their wages. James Murwin took a risk because he believed what he was doing was effective and caused changes. Even though the strikers lost in the end, they will be remembered in Illinois history.

2 The Blue Island Story: An Historical Review of the First One Hundred and Twenty-Seven Years of Our City on the Hill, Blue Island, Illinois. Blue Island: Lions Club, 1962.