The Unitarian Universalist Church of Stamford 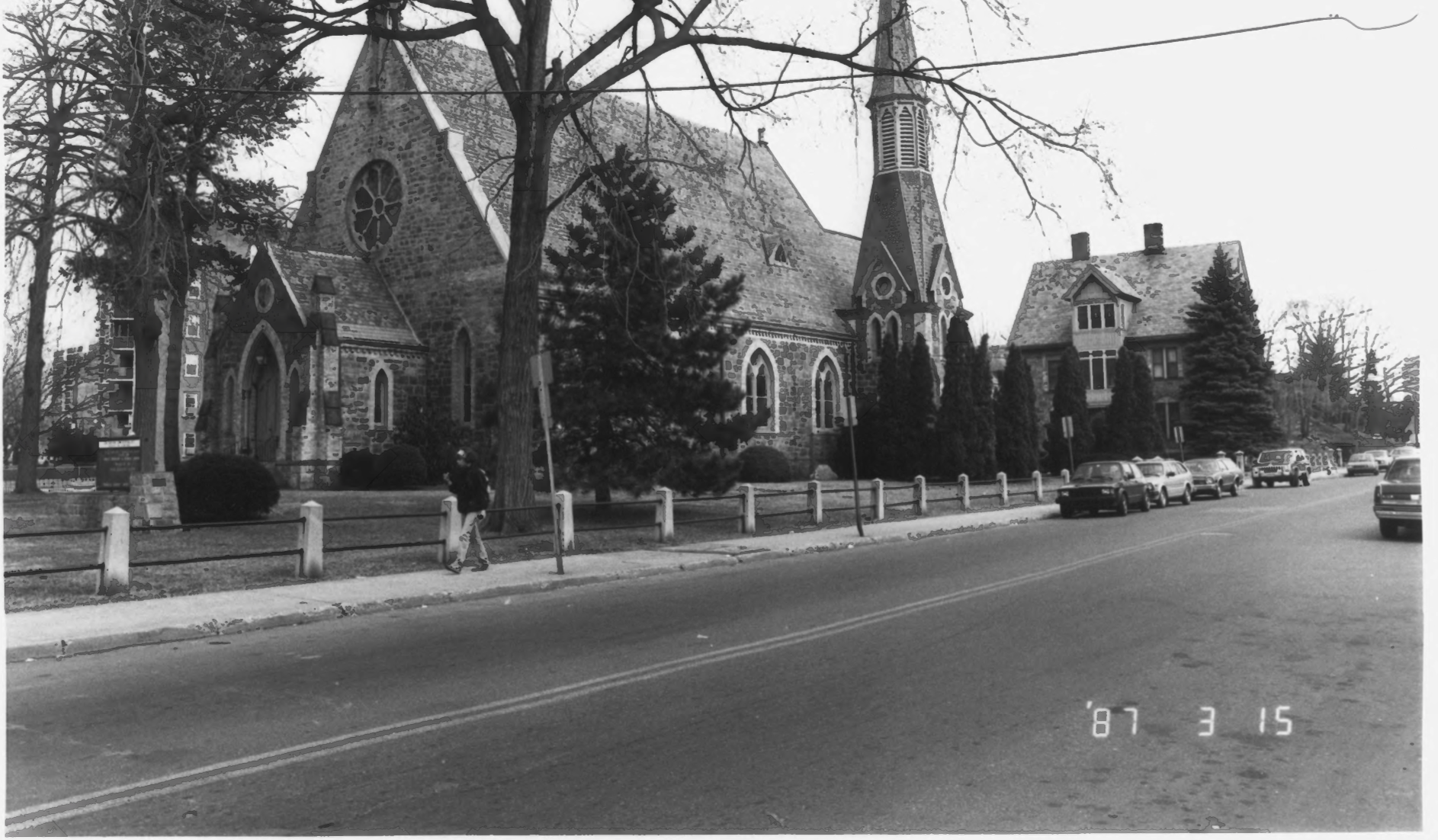 Formed in April of 1841, the Second Universalist Society of Stamford originally gathered in the building which would later become the Stamford Town Hall.  The congregation met and worshipped together for over two decades in the humble structure until 1868, when the Town of Stamford purchased the site to become the Town Hall.  This purchase acted as the impetus for the construction of a more complex and architecturally noteworthy structure, the Gothic Revival church building that now adorns Stamford for visitors and locals alike.

Completed in 1870, the English Country Gothic church contains a number of historically relevant internal features.  The first of these are the “Peter and Paul” Windows, the origins of which are 16thcentury Italy.  The windows were originally brought overseas for use in the Orchard Street Church of New York City and were relocated to the Second Universalist Society Church in Stamford shortly after construction.

Also located within the Stamford church is the Johnson Organ, an 1870 organ constructed by William A. Johnson of Westfield, Massachusetts.  The organ is the third oldest remaining of such organs, and it is still fully functional to this day.  The craftsmanship of Johnson organs has been well-noted world-wide, and the pristine nature of the Universalist Church organ makes the structure a treasure of historical relevance.

“Radiance” is a brass mobile hanging from the ceiling of the church which was installed for a Christmas Eve service of an unknown year.  It was crafted by David Burt, a local sculptor and parishioner, with a special feature. When candles were lit beneath it, the heat would rise and move the mobile.  The mobile caught the light of the candles and gave off a reflective glow that makes the name “Radiance” particularly fitting.

There are also three smaller, but no less historically relevant, items contained within the church. The first of these is simply known as the Pillar Candle holder.  This ornate holder was gifted to the church following the bombing of the Birmingham Church in Alabama on the 15thof September, 1963.  It stands in memory of four young victims of the church bombing, an act of hate perpetrated by the KKK, which the Unitarian Church stands in defiance of.

“The Flaming Chalice” is a bronze sculpture designed by Roseanne diLorenzo George which is on display within the church, and the “Banners” is a display within the sanctuary of the church that represents six of the world religions alongside the Rainbow Flag, which is core to the welcoming tenets of the Unitarian belief system.

UU of Stamford. Our History. . Accessed March 23, 2019. http://uustamford.org/about-us/our-history/. Official History of the UU of Stamford