The Pennsboro B&O Train Depot was built in 1883 and was in use until the late 1960s. Pennsboro, WV was once a central location on the Parkersburg Branch of the B&O Railroad. The line contributed to the economic development of the town until its decline after the Great Depression. The depot closed in 1974, and in 1990 a group fought to save the property from possible demolition. It now serves as a local cultural and historical center and was added to the National Register of Historic Places in 2006.

An early photo of the depot 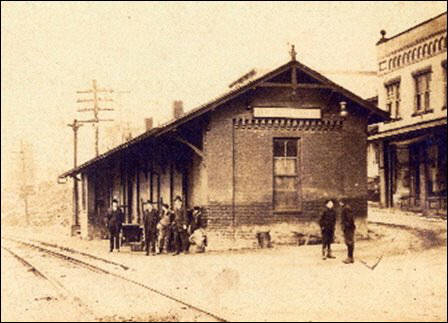 Recent photo of the B&O Depot 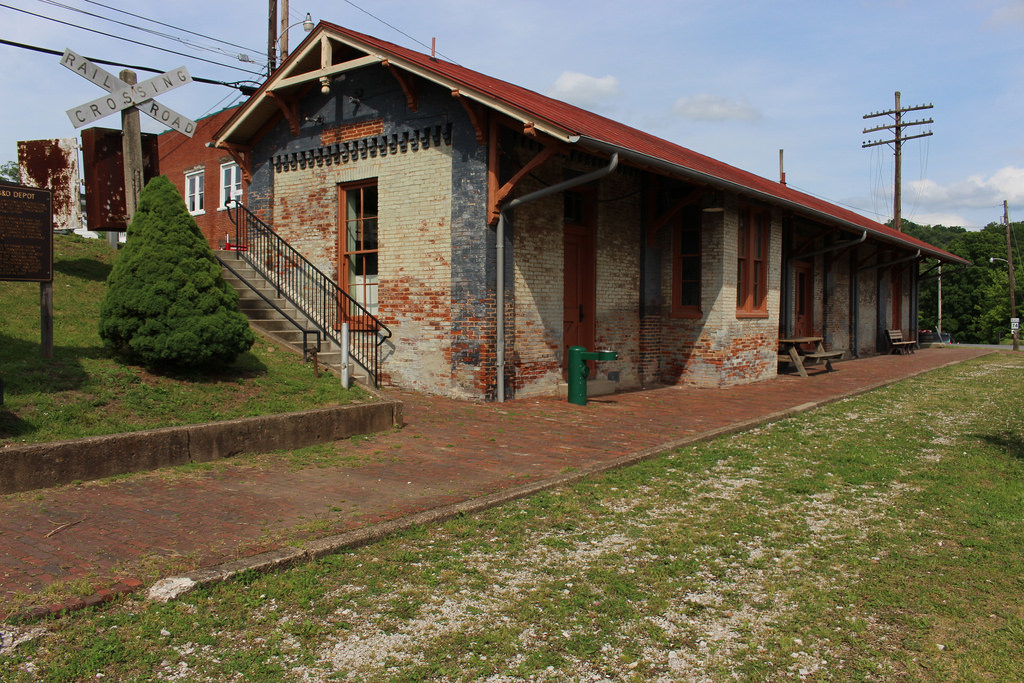 The Pennsboro B&O Train Depot was built in 1883 and was in use until the late 1960s. Pennsboro, WV was once a central location on the Parkersburg Branch of the B&O Railroad. This location made the town a hub of economic activity as travelers passed through. Pennsboro was a much smaller town before the addition of the railway line and its primary function was as a rest stop for travelers on the Northwest Turnpike which connected Clarksburg to Parkersburg and on to Marietta, OH. The town's Old Stone House Inn was a well-known resting point for Turnpike travelers.

The railway line running through Pennsboro was built by the Northwestern Virginia Railroad Company but was eventually leased by B&O. The B&O railway lines helped to create better access throughout the Appalachian region and would play a role in West Virginia's acquisition of statehood. Improved transportation encouraged businesses and immigrants to settle throughout the state. The Parkersburg Branch and others were integral in the transportation of Union soldiers and supplies. In particular, the Parkersburg Branch was a pivotal line of communication between Union forces in the eastern and western regions.

As Pennsboro continued to grow, often have at least six passenger trains daily, the town prospered. Pennsboro offered several general stores, a suspender factory, bottling companies, and a tin shop among other new establishments. The depot was expanded in 1900 to help accommodate the growing needs of the railway. In 1873 an addition railroad line was added that connected the town with Harrisville, the county seat, and a second addition connected the line to Pullman.

As automobile transportation improved and became more accessible for lower and middle-class people, the demand for railway travel lessened. Passenger train frequency continued to decrease as newer roads were added in the area. The entire B&O company had suffered financial difficulties after the Great Depression. These financial setbacks earlier in the century were only compounded by technological advancements.  By 1974, the Depot was closed and the majority of the Parkersburg Branch of the railroad was to be abandoned and sections of the rails removed. The Parkersburg Branch was one of many sections of the railroad that were abandoned around this time.

In 1988 the railroad tracks were removed and the Pennsboro Depot was abandoned and falling into disrepair after a long period of being left unused. Just two years later a local group known as the "Save the Depot" organization ran fundraisers to repair and repurpose the building. Repairs were begun almost immediately and the depot is used as a historic center for the town of Pennsboro. Other historic buildings remain including the Wells Building, the Bank Building, and the Penn Movie Theater, all built in the early twentieth century. A walking path known as the North Bend Rail Trail or the Pennsboro B&O Railroad Depot Trail runs where the B&O lines once laid. In 2006, the Pennsboro B&O Train Depot was added to the National Register of Historic Places.

Open for events and scheduled tours